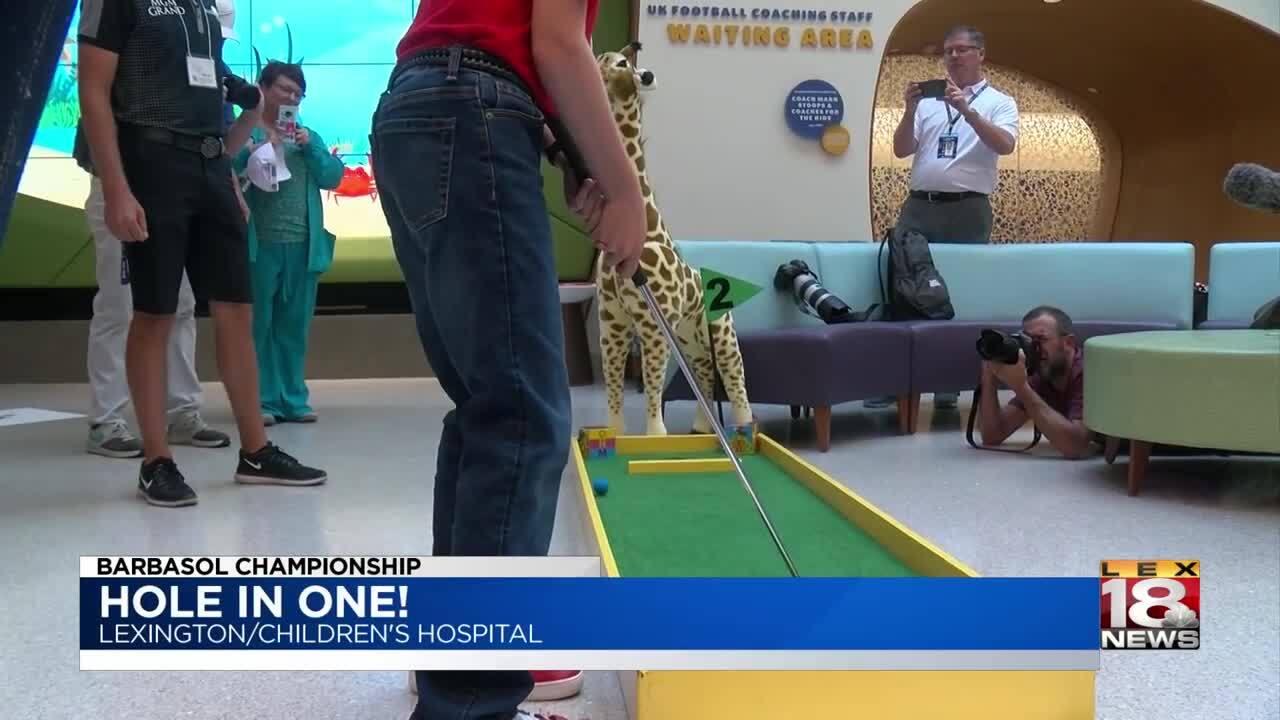 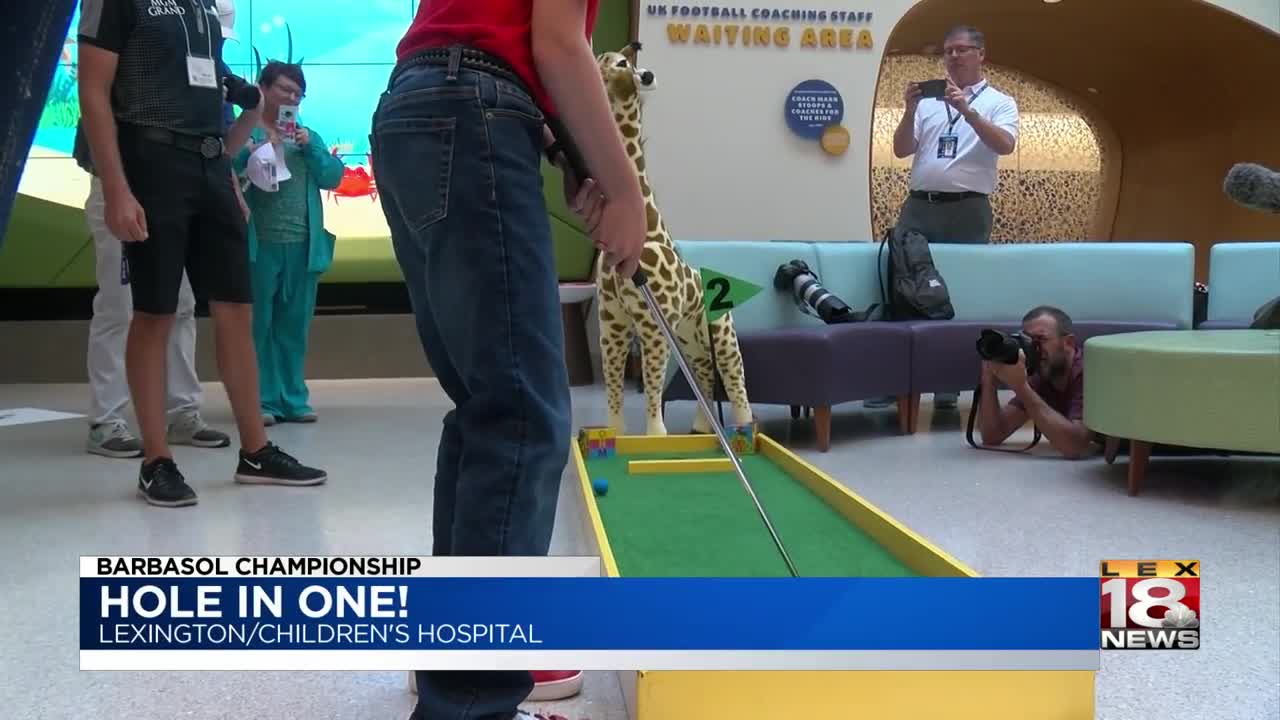 JESSAMINE COUNTY, Ky. (LEX 18) — A few local celebs and pro-golfers showed up at UK Children's Hospital Tuesday to help the kids feel like kids, not patients.

Wyatt is 13-years-old. He tells LEX 18 that he was once in the hospital with non-Hodgkins Burketts Lymphoma.

As part of Barbasol Championship week, several PGA Tour members and a few football cats came to try and help the kids feel like kids.

"All these kids look up to us and the football players, so it's great out here supporting them as well," said golfer Matt Liston.

Young's coach appreciates that more than anything he might do on the field.

"This place is very close and dear to me and my family, so it's great to be a part of this, and really proud of our players," said UK Head Coach Mark Stoops.

The impact is huge. It's pro-am day for the Barbasol Championship at Keene Trace Wednesday morning. LEX 18 will have a few players on the course, including Chief Meteorologist Bill Meck and LEX 18's Keith Farmer.