The coldest night of the season. 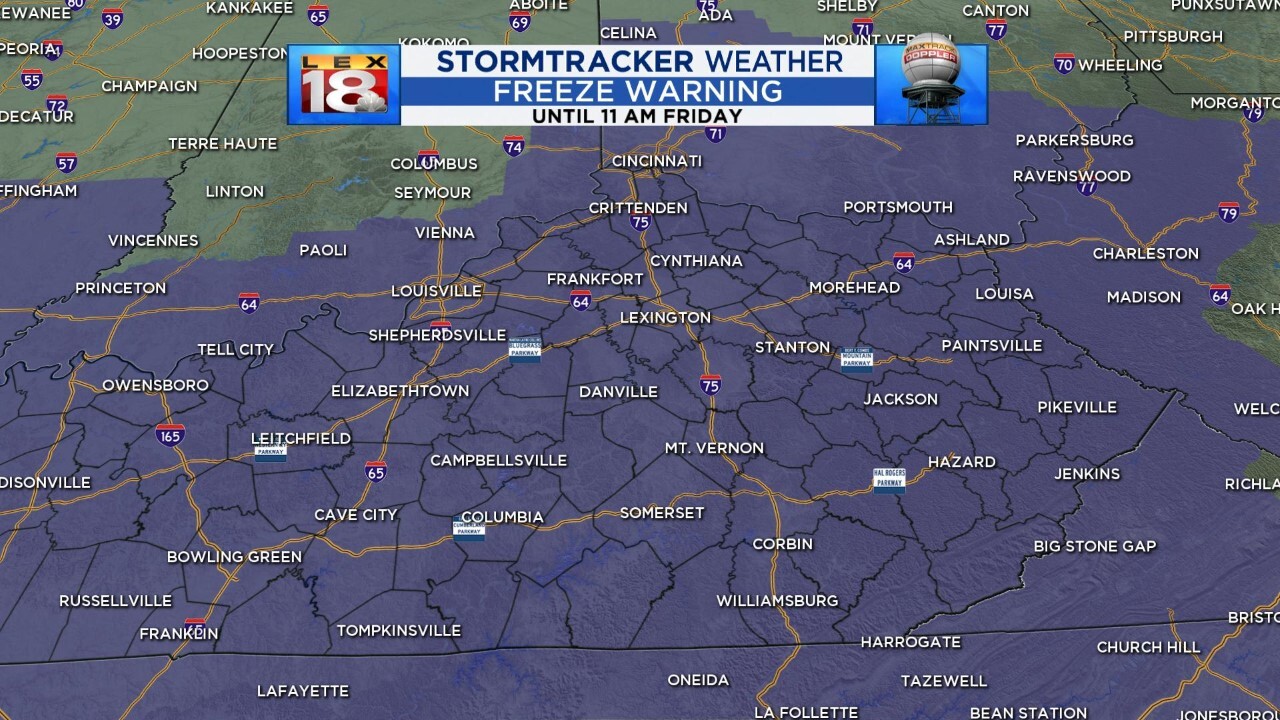 Today's weather certainly matched the ghoulish holiday. The temperature played a trick on us. Highs were early in the day, then crashing through the afternoon. Winds were wicked with gusts up to 40 mph. Oh, and there was more rain.

Now the coldest air of the season has arrived. A Freeze Warning has been issued for temperatures that will bottom out in the mid 20s to near freezing. Many areas across central and eastern Kentucky will register the first freeze, even the first hard freeze (lows below 28°) of the fall.

You'll want to protect any sensitive plants. Either cover them up or bring them indoors. Make sure your pets are warm. It's best for them to stay inside tonight. Disconnect any hoses and sprinkles, and shut off any exterior water valves.