From lack of rain to lack of drought 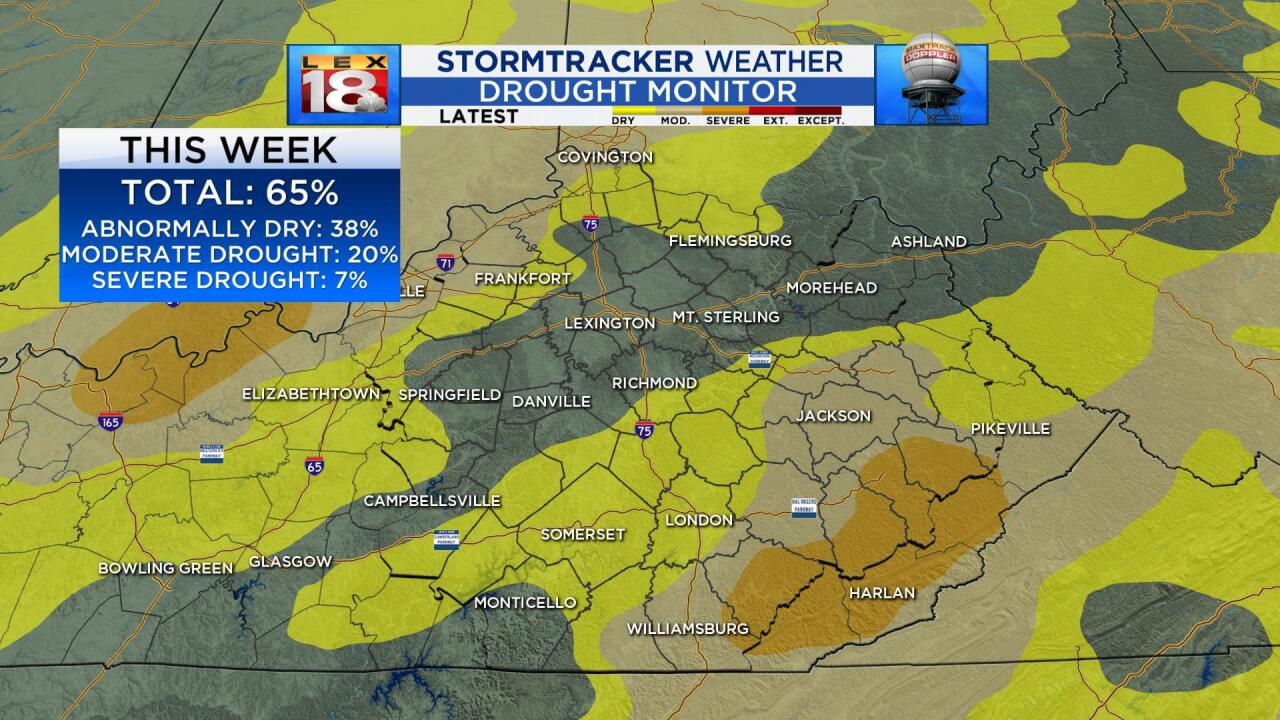 For a number of weeks now we've been saying that we need repetitive doses of rain to help out the growing drought situation around central and eastern Kentucky. Well, we finally got the rain. In the latest update to the drought monitor, out today, the dry conditions have been erased for Lexington and the surrounding Bluegrass. There are still areas of drought "on the edges;" out to the west and across southeastern counties. The coverage and intensity of the drought is diminishing, which is also welcomed news this week.

Over the past six weeks we have been in the midst of what is called a "flash drought." According to a recent study published by the Earth System Science Interdisciplinary Center and the Climate Prediction Center, a flash drought can be defined as "a drought event with greater than or equal to two categories degradation in a four-week period based on the U.S. Drought Monitor." Between the weeks ending September 17th and October 1st, the drought grew from D0 (abnormally dry) to D2 (severe drought) in Fayette County. The drought deepened more rapidly across southeastern Kentucky. Now we are "flash un-droughting." Conditions have improved week by week since October 1st, when the drought was at it's worst. You can see a similar progression across the entire Commonwealth. In mid-September 67% of Kentucky was considered either abnormally dry or in a moderate drought. Three weeks later the entire Commonwealth was impacted with 4% experiencing extreme drought (D3). Now this week 35% of Kentucky is drought-free.

September was bone dry. Lexington only recorded trace amounts of rainfall, which made it the driest September and month on record. We also went 39 days without measurable rainfall between late August and early October. That's what caused the flash drought. Since the start of October we have been nearly four inches of rain in Lexington. This has just about made up for the extremely dry conditions from last month. (This weekend's rainfall will more than make up the difference.) The map above shows the 30-day percentage of normal rainfall. The green shaded areas indicate above-normal precipitation over the last 30 days. The Bluegrass is 150% above-normal, while areas between Lake Cumberland and Bowling Green are close to 200%, even 300% of normal. The drier than normal areas - along the Ohio River between Cincinnati and western Kentucky along with the far southeastern corner of Kentucky - display where the drought is ongoing.