Frost flowers, freezing fog, and other types of frost 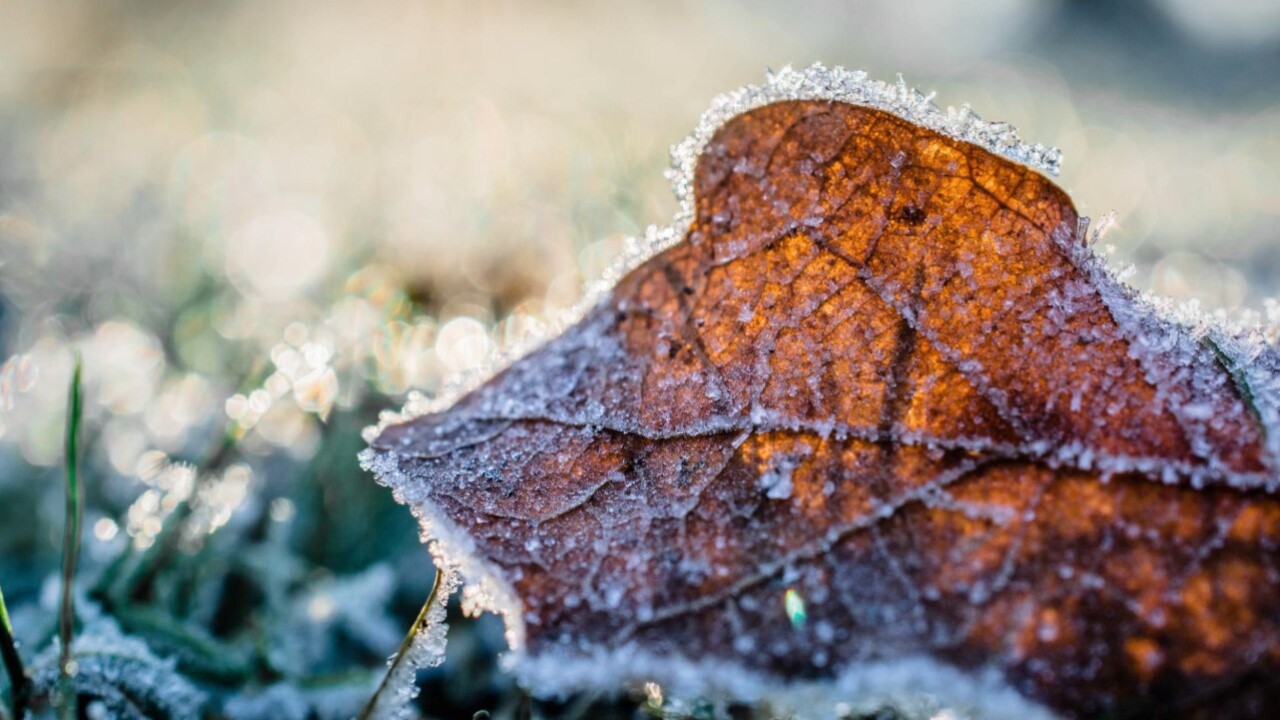 We are entering the time of year when de-frosting your car's windshields will become part of the routine. There has already been several frosty and freezing mornings so far this fall. This post will dive into how frost forms and some of the other frosty formations you may see.

Frost is a formation of thin ice crystals either on the ground or other surfaces in form of scales, needles, feathers, or fans (NWS.) Frost forms under similar conditions as dew, except that the surface's temperature falls below 32°. Vapor is present in the air over cold ground with a surface dew point of at least 32°. The vapor molecules come in contact with the subfreezing surface, such as a blade of grass or your car's windshield. The molecules go directly from a gas to a solid, in process of deposition, creating a coating of tiny ice crystals. It is an event that occurs as a result of radiational cooling. The ideal conditions for frost formation are a cold air mass (temperatures in the mid 30s or colder), clear skies, moisture, and a light wind.

There are a number of different types of frost - air frost, ground frost, grass frost, hoar frost, glaze or rime.

Rime ice is a rough white icy deposit that forms on surfaces exposed to the wind. Supercooled water droplets freeze when it touches a surface.

Frost flowers are a little more unusual, but so delicate and beautiful. They are thin layers of ice (about the thickness of a credit card) that form on unfrozen stems. Freezing temperatures, wet or moist soil, and plant stems that are not frozen yet are required for the "flowers" to form. Water in the stem is drawn up through the capillary. The water freezes on contact with the air. It then expands and splits the stem vertically to create these paper thin ice layers up the stem. Frost flowers are essentially a once a year event. To find them look for tall weeds, such as purple ironweed, blackberries, and wingstems, especially in areas that are seldom mowed.

Fog can also "freeze" with temperatures below 32°. Radiational fog forms on a clear and calm night as the daytime heat leaves the ground. A thin layer of moisture resides near the surface. The rising air passes through this moisture layer and the surface air cools quicker. The moisture turns into vapor and fog form. The same process can lead to freezing fog if the air temperature is below 32°. Freezing fog can make surfaces that it comes in contact with slick.