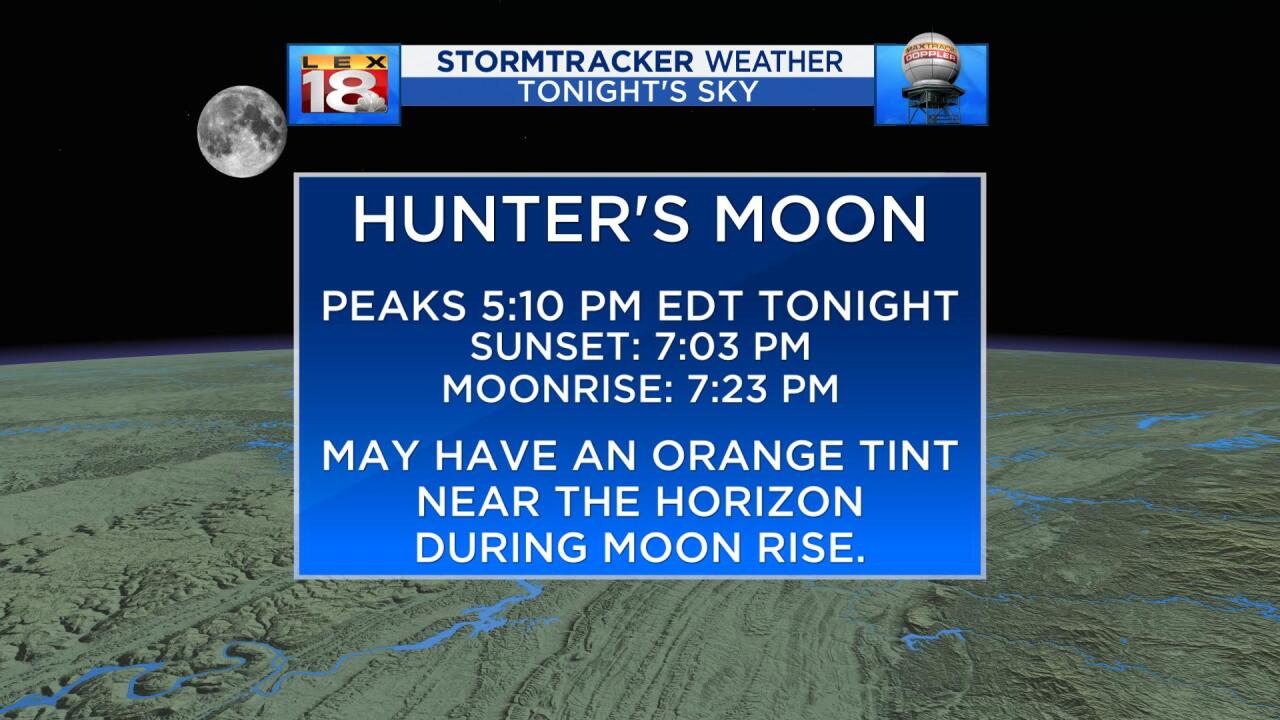 We had a spectacular preview last night of the Hunter's Moon, but tonight is the night. October's full moon will peak this evening. Some people believe October's full moon got its nickname because it signaled the time to go hunting in preparation for winter. The moon will officially reach maximum "fullness" ahead of moonrise. The sun sets just after 7 PM and the moon will begin to rise 20 minutes later.

Conditions will be perfect for moon gazing tonight. Skies will stay clear and it won't be quite as cold as last night. Temperatures will bottom out in the lower 40s.

The Hunter’s Moon is special because it may appear bigger and more orange than a typical full moon due to an illusion involving its position along the horizon around sunset. When the moon is high in the night sky, it is dwarfed by the vast surroundings and appears as a small disk to our eyes. By contrast, when the moon is low, it is viewed in relation to other objects near the ground. It makes the Moon look massive! As for the festive orange tint, the moonlight has to travel farther and through more atmosphere than when it's low in the sky. The shorter, blue wavelengths are scattered and get filtered out. The longer, red wavelengths are the only one that reach our eyes. This gives the Moon its orange-ish appearance.

The next full moon will be on November 12th, nicknamed the Beaver Moon.