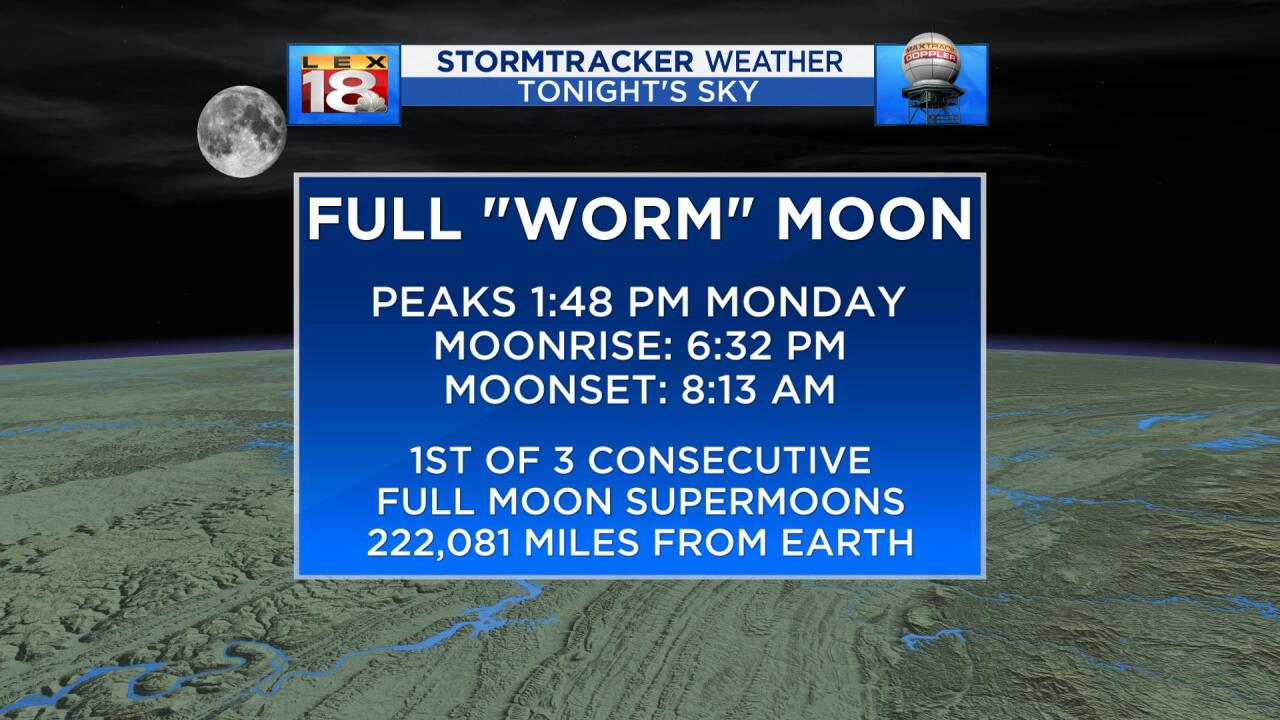 It is also a supermoon. That means that the Moon is closer than normal to the Earth in its orbit. A supermoon will appear bigger and brighter than an average full moon. The reason why - the Moon will reach "perigee" the day after the full moon peaks. The Moon's orbit around the Earth isn't a perfect circle. At perigee, the Moon's nearest point to the Earth, it will be 223,980 miles away. The Moon's average distance is 240,000 miles. When a full moon coincides with perigee we call it a supermoon. Apogee is the Moon's farthest point, and a full moon can be labeled a micromoon.

This is the first of three straight supermoons, and the second closest of 2020. Next month's full moon will be 230 miles closer to the Earth. Contrast that with the smallest and most distant full moon of the year, which will occur on Halloween and will be 252,380 miles away. The October 31st full moon will also be a Blue Moon, because there will be two full moons in the month of October this year.

The best viewing conditions of the Full "Worm" Moon were actually last night, but the Moon wasn't quite at it's fullest. Tonight will be pretty good too with just some high-level clouds. It won't be as cold either. The Moon won't be visible tomorrow night as rain moves in.