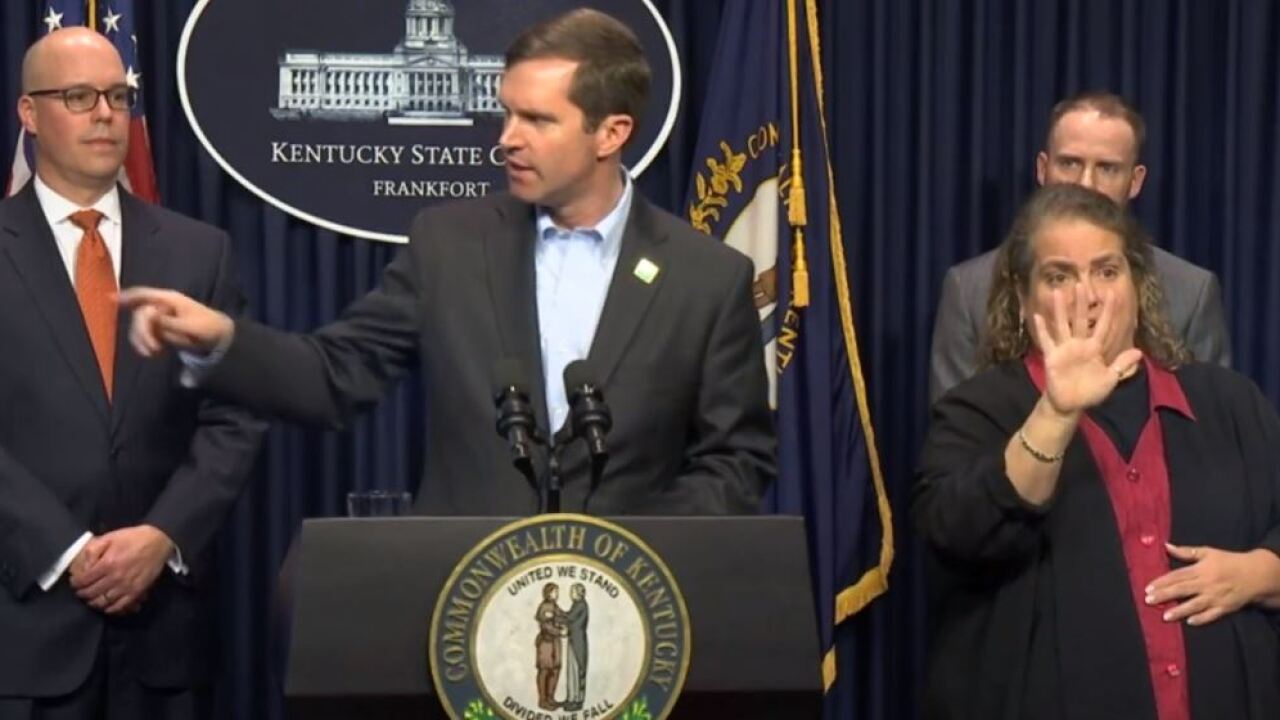 FRANKFORT, Ky. (LEX 18) — Two major announcements were made by Governor Andy Beshear in Thursday's press conference. First, he announced that there are now 10 positive tests for COVID-19 in Kentucky, but announced that the numbers could change as there are now three separate labs testing for the virus. The two new cases are confirmed in Jefferson and Fayette County

Secondly, Gov. Andy Beshear urged schools to cease in-person classes at all schools in the state. The suggestion, said the governor, was intended to give superintendents flexibility to provide students with meals and other services that they need.

"Effective Monday, we are recommending Kentucky public schools cease in-person classes at least for the next two weeks," said Beshear.

Beshear urged residents to continue to practice good hygiene and social distancing in order to protect the elderly and vulnerable populations.

Officials urged Kentuckians not to seek healthcare if they otherwise would not have done so.