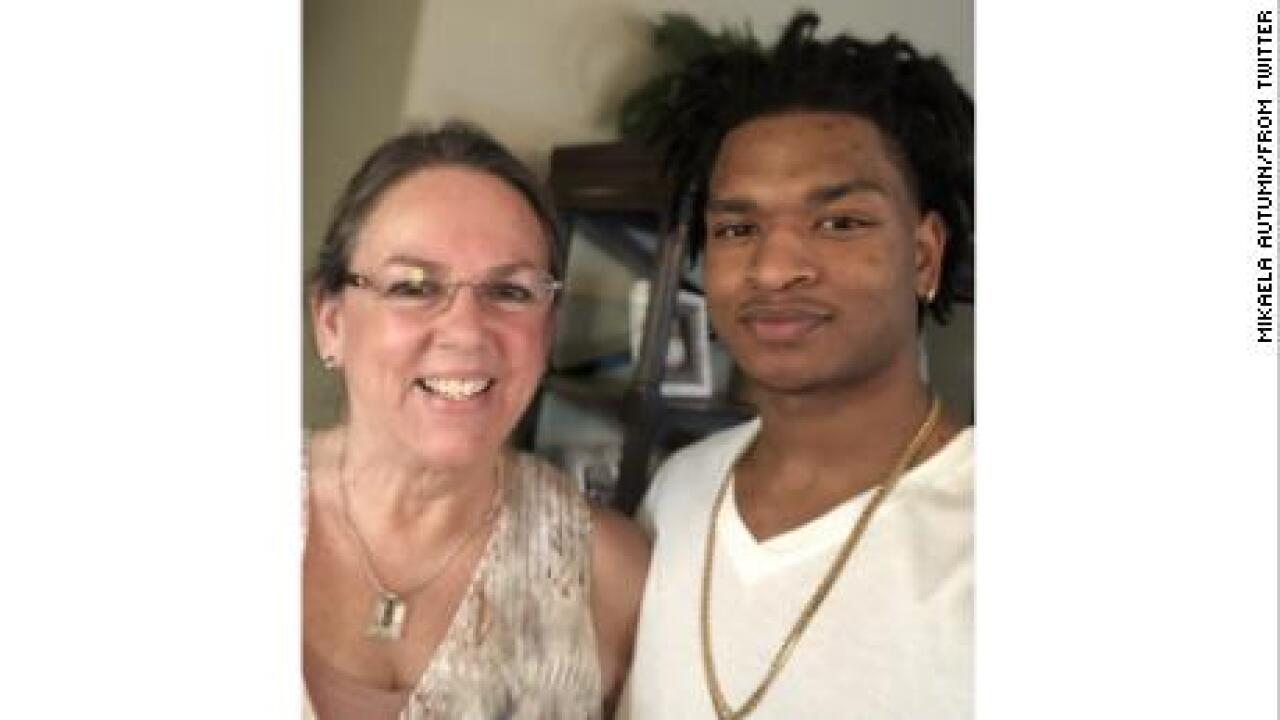 (CNN) — Wanda Dench and Jamal Hinton are a pair of unlikely friends. All it took to bring them together was a couple of texts to the wrong number.

Dench meant to text her grandson to invite him to her 2016 Thanksgiving dinner, but she reached Hinton instead. Then she doubled down on the invitation, and he showed up to her house for a plate full of turkey.

This year, the pals reunited for their fourth Thanksgiving feast together. This time, Dench didn't have to host.

With their partners, local news crews and a house teeming with family members, the pair reminisced about how much things had changed since their first Thanksgiving -- and how their friendship had grown.

"I'm just ecstatic that I have a new friend," she told CNN affiliates KTVK and KPHO, on scene to document the friendly feast. "Of course, not new anymore."

Dench, a grandmother of six based in Mesa, Arizona, texted then 17-year-old Hinton while he was in class at his Phoenix high school. He was confused that someone claiming to be his grandma had texted him. She sent a smiling selfie of herself at work. She wasn't his grandma, but he asked if he could still have a plate.

"Of course you can," she replied. "That's what grandmas do...feed everyone!"

So he showed up at her home to share the meal. It was a splashy occasion -- a local TV crew showed up to document their meeting. The two were fast friends.

"He was just as nice as can be," Dench told CNN in 2016. "We got to eat food, and he told me about his plans for the future and I'm just so excited for him."

Hinton sang her praises, too: "She's a great cook and she's a great person to just hang out with," he told Time ahead of their 2019 holiday.

Their friendship isn't limited to the Thanksgiving table either. Dench and her husband visited a pumpkin patch with Hinton and his girlfriend in October, and Hinton says he's become Dench's personal tech support, helping her set up her new phone.

The two have remained close since sharing their first turkey dinner, even as their lives have changed: Dench is a great-grandmother now and Hinton moved into his first apartment with his girlfriend Mikaela.

Dench arrived at this year's feast, hosted by Hinton and Mikaela's family members, with a scrapbook in tow.

In a video Hinton shared on YouTube, he pored over pages full of photos of the two with handwritten notes that mark each moment.They found time to eat somewhere between the news coverage and bombardment of family members, and Dench, Hinton and their partners ended their meal with a group hug (and, of course, an annual selfie).

Their Thanksgiving gets bigger and bigger every year -- and deeper grows their bond, Dench said."I just feel like my life has been enriched since he's come into it."