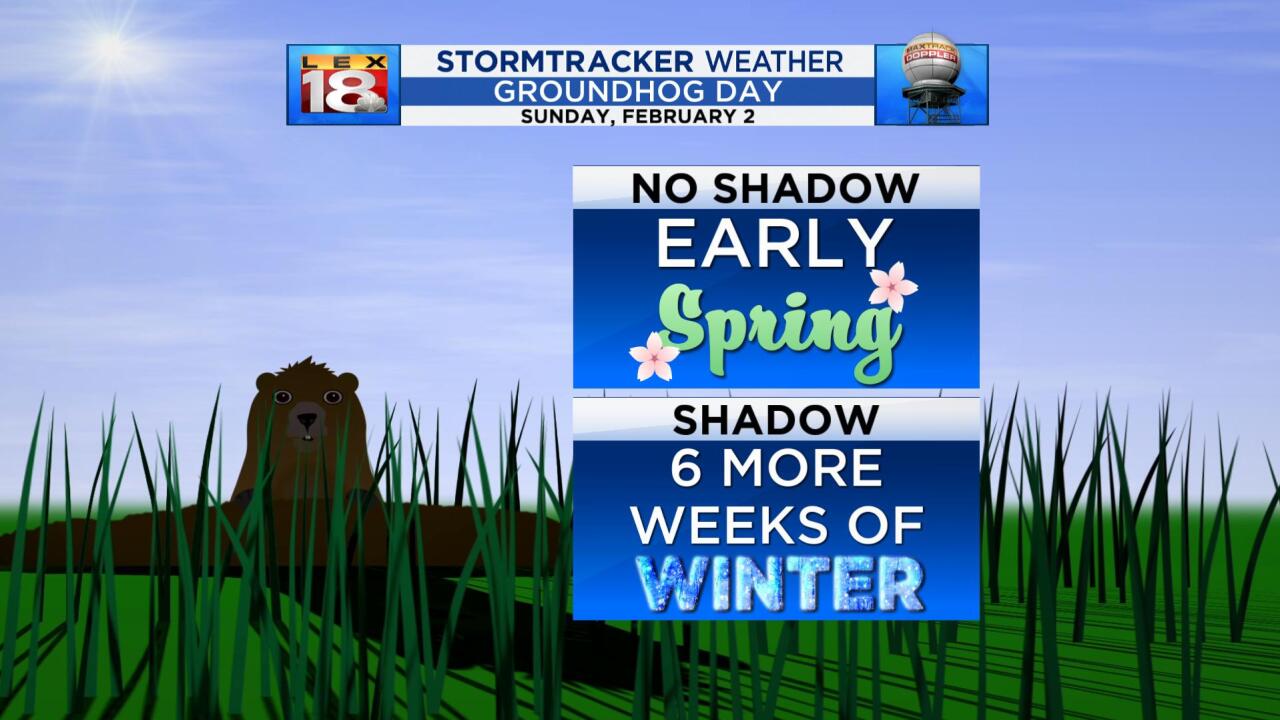 At sunrise every February 2nd for the past 134 years, a group of bearded men have tapped on the door of Gobbler's Knob, pulled out a groundhog, and waited for the rodent's prediction on how much longer winter will last. The lore goes that if Punxsutawney Phil sees his shadow then it's six more weeks of winter. If he does not, spring arrives early.

Records of Groundhog Day celebrations in Punxsutawney, PA date back to the 1880s. Phil has predicted an early spring (no shadow) only 19 times, including last year. Now his record is not that great. His prediction are about 40% accurate. He has been "right" only once over the last three years. In 2019 he didn't see his shadow, and February was warm for the Northeast. He predicted six more weeks of winter in 2018, but the month of February was very warm. He also saw his shadow the year before, but February 2017 was the 2nd warmest in U.S. history and March was another very warm month.

His predicting abilities could use some improvement. Punxsutawney Phil is a rodent after all. Groundhog Day is still a fun little tradition at the mid-way point of winter.

No matter if Phil predicts an early spring, a real winter, or six more weeks of "what we're calling winter this year," there are much warmer days in the StormTracker forecast. In fact, a big time warm up kicks off Sunday. The wind will shift out of the south and we will tap into some of that Gulf warmth. High temperatures will be hoisted into the upper 50s before climbing into the 60s Monday and Tuesday. Another flash of "real winter" will come later in the week. The overall pattern indicates that this winter will keep on with business as usual. The 8-14 day temperature outlook for the Climate Prediction Center gives the eastern third of the U.S., including Kentucky, better odds of seeing above-normal temperatures through mid-February. This outlook doesn't say how far above-normal, but a greater likelihood of seeing highs warmer than the mid 40s.

And another thing, there are still six more weeks of winter. The Vernal Equinox occurs on March 19th.