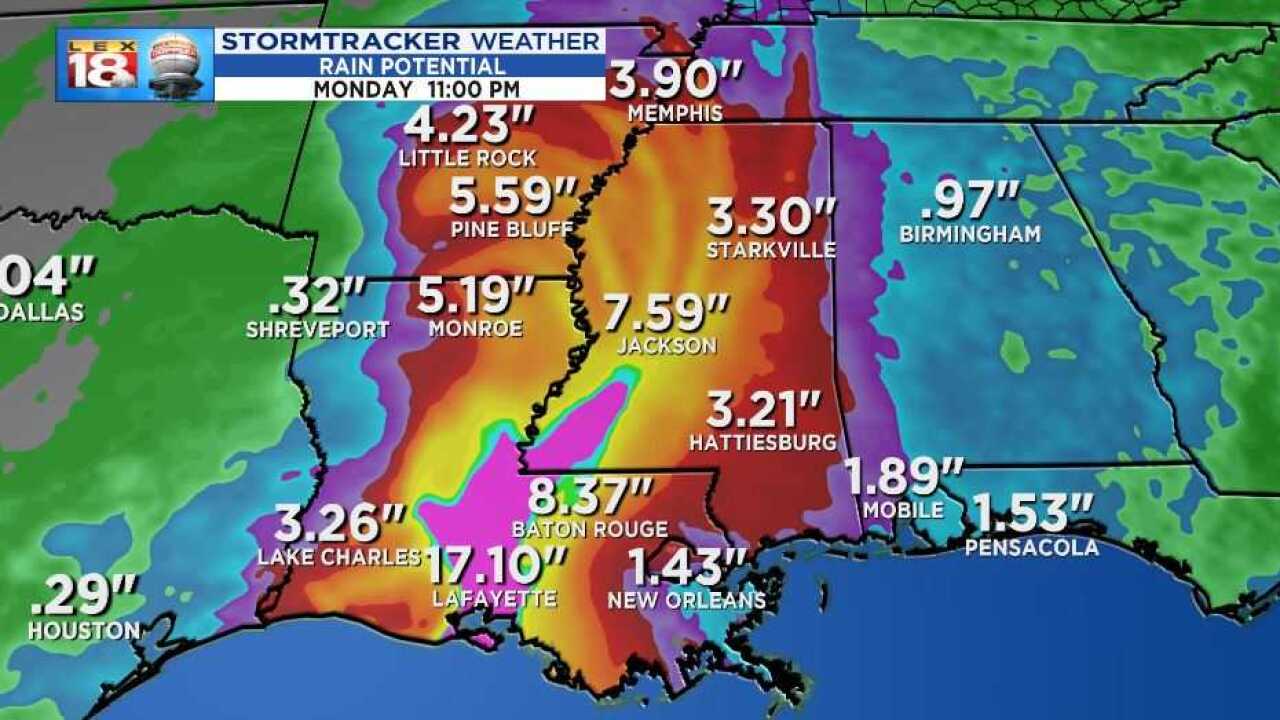 Coastal Louisiana is bracing for Barry. The storm is expected to strengthen to a Category 1 hurricane before making landfall on Saturday. This could be the first hurricane of the 2019 season, but the wind won't be the top issue. Very heavy rain, storm surge, and inland flooding will impact Louisiana, Mississippi, and Arkansas through the weekend.

New Orleans and other areas around southern Louisiana have already been inundated with heavy rain this week following slow-moving thunderstorms. The Mississippi River remains swollen. Additional heavy rain from Barry will lead to moderate to even major river flooding. In New Orleans the Mississippi River is expected to crest at 19 feet Saturday afternoon. The river is already near flood stage. Water would breach the levees if the levels rise above 20 feet.

Over a foot and a half of rain is possible across central Louisiana and southwestern Mississippi. The exact location of Barry's landfall will determine where the heaviest rain will fall. Areas on the eastern side of the storm will see the highest rainfall amounts.

This could be the third year in row for a tropical system to set a new state rainfall record. Hurricane Harvey broke the Texas record in 2017 with a whopping 60.58". In 2018, the records in North and South Carolina fell as Florence dumped over two and a half feet of rain. Hawaii also set a new record with Lane last year.

Along with the heavy rainfall, and life-threatening flood that will follow, storm surge will be a significant impact from Barry along the Gulf Coast and near Lake Pontchartrain. Storm surge watches and warnings are already in place from Lake Arthur, LA to Biloxi, MS. A surge of three to six feet is possible from the mouth of Atchafalaya River to Shell Beach in Louisiana.