Another first day of fall in the record books 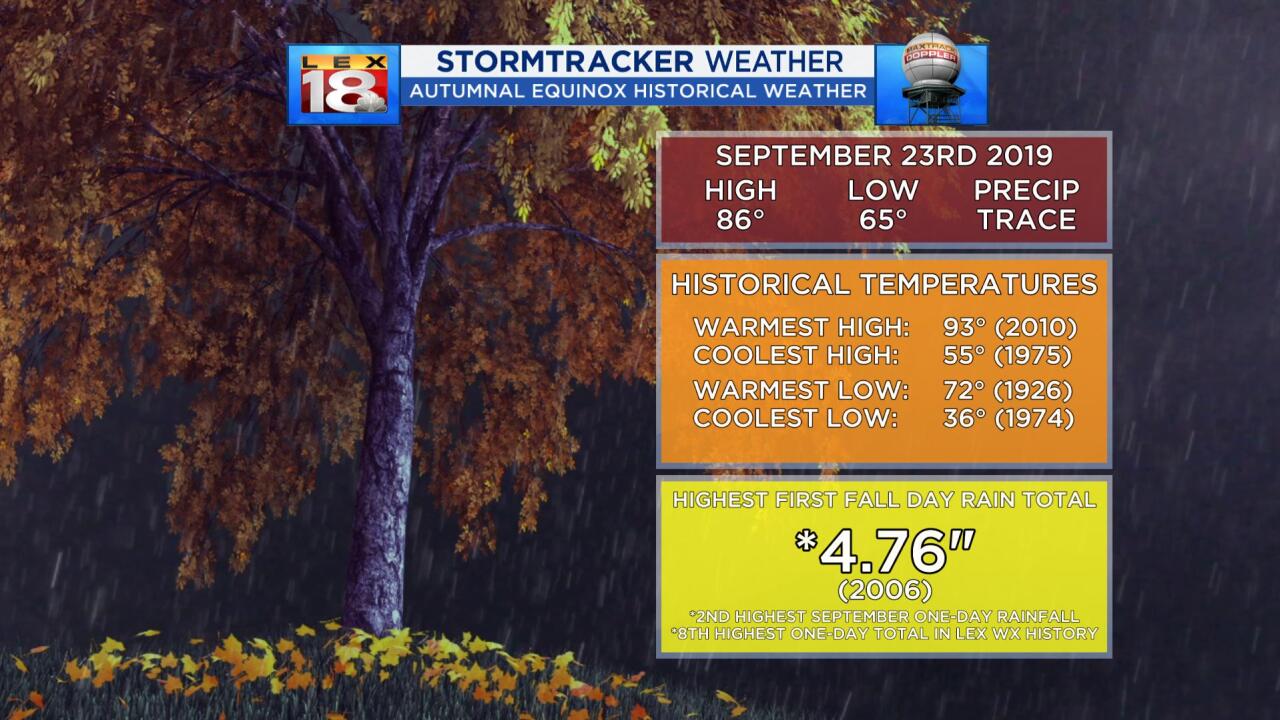 The first day of fall doesn’t always occur on the same day each year, still, we are able to look back at historical records and see what type of weather we’ve seen on those dates. As crazy as Kentucky weather seems to be every year, so too are the first days of fall we’ve seen.

First we’ll start with 2019. This year we had a warm first day of fall, as we were preparing for a cold front to arrive. Temperatures warmed to 86 degrees after the first round of rain arrived. That was after a mild and humid morning start at 65 degrees. Precipitation amounted to a minimal “trace” at the Blue Grass Airport which made the first day of fall 2019 the 27th consecutive day without precipitation in Lexington. That 27-day stretch is the 3rd longest in Lexington Weather history