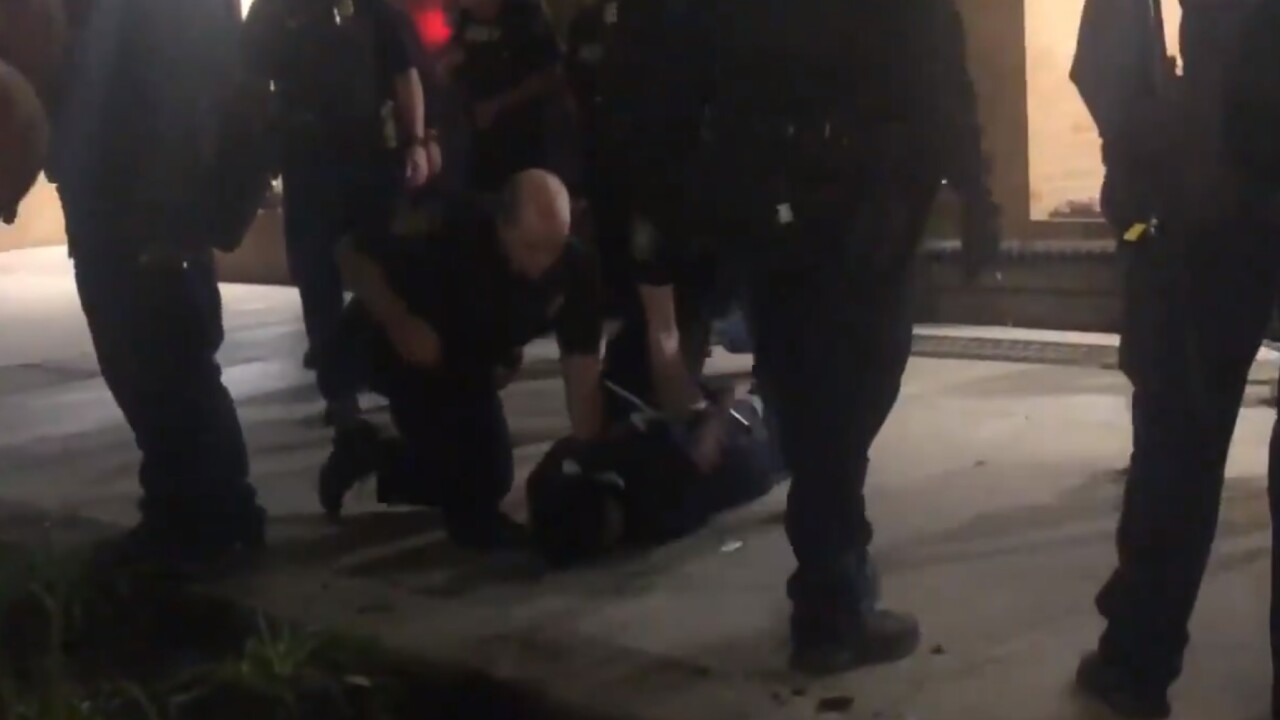 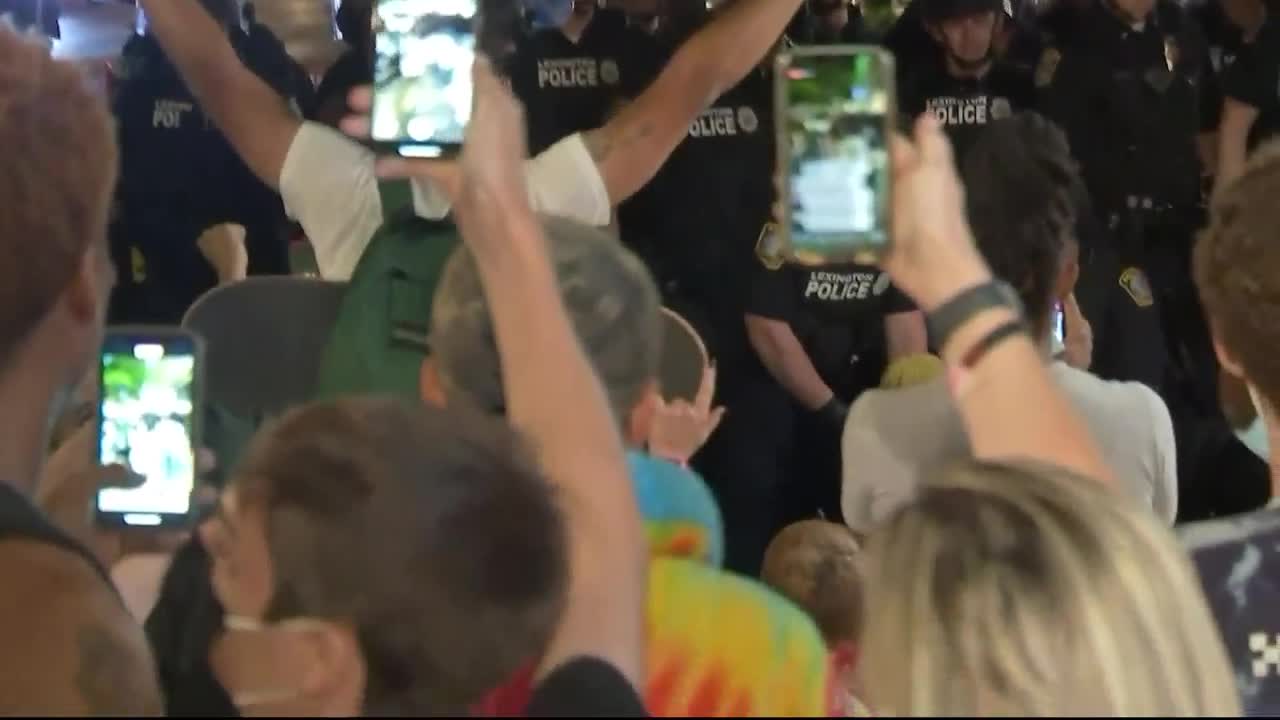 LEXINGTON, Ky. (LEX 18) — 20 Lexington protesters were arrested after a long day and night of demonstrations.

Many face charges of disorderly conduct and failure to disperse. The arrests came after some protesters crossed barricades that were set up in front of police headquarters in downtown Lexington.

Those barricades were first installed about two weeks ago.

Protesters marched in the streets on Saturday for the 16th straight night in Lexington, demanding an end to racism and social injustices, and calling for changes to the police department to ensure accountability and transparency.

LEX 18's Eleanor Buckley says that several protesters went inside the barricades and sat or laid on the sidewalk in front of the building. Protesters said they were trying to do a "die-in" for 8 minutes and 46 seconds in honor of George Floyd.

Lexington PD are arresting people who have gone inside of the barricade. @LEX18News pic.twitter.com/RGxJssbqY5

Several officers in front of the building were armed and again wearing riot gear. Police officers had stopped wearing the gear a week ago after protesters requested they take it off because there was no violence.

Several officers are armed and the crowd is yelling at them to shoot saying “I dare you” @LEX18News pic.twitter.com/gZguEQyS80

As of noon Sunday, at least 16 of the 20 arrested protesters have been released from jail.