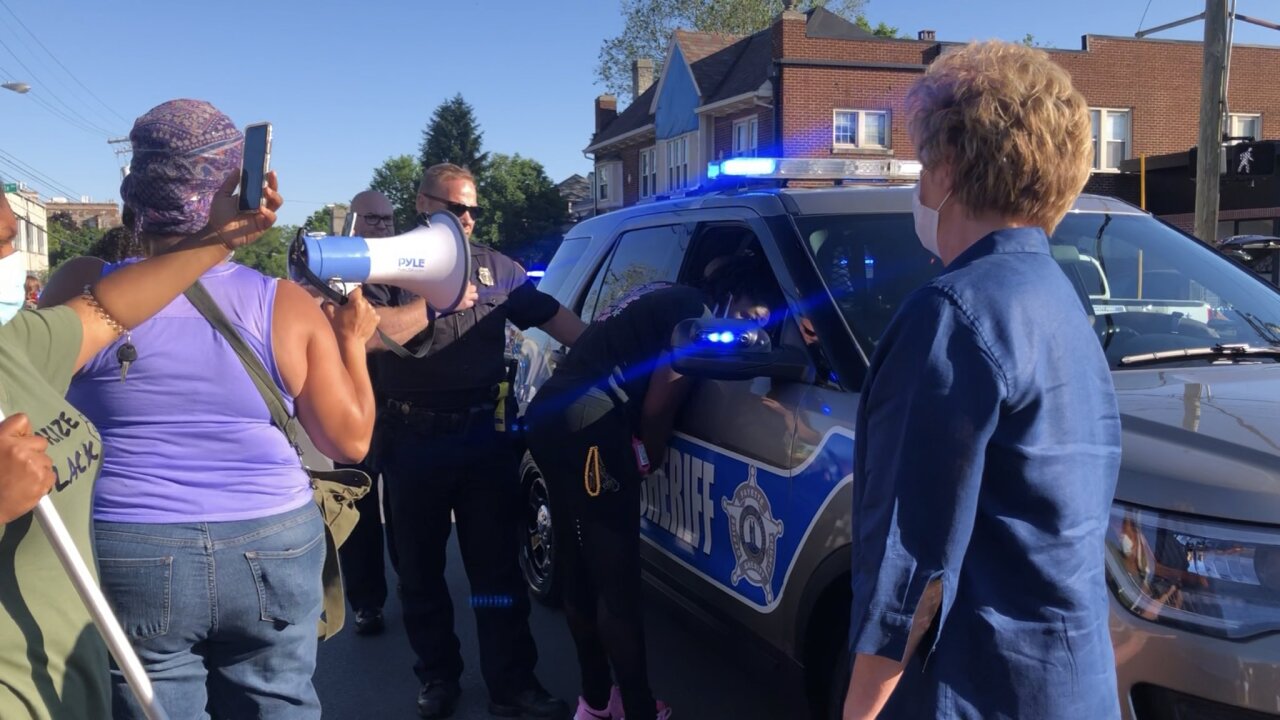 LEXINGTON, Ky. (LEX 18) — A march from the Lexington Police Department to Southland Christian Church was interrupted by a wave of protestors Saturday morning when demonstrators blocked Lexington Police Chief Lawrence Weathers from walking to the church for a conversation centered around race and reconciliation.

The John Rowe Chapter of the National Bar Association hosted the conversation at the church.

Crowds quickly fill Richmond Road during their march to Southland Church where city leaders are hosting a town hall to discuss race and reconciliation. @LEX18News pic.twitter.com/FvMHuf9Kih

During part of the march, Weathers walked alongside Sheriff Kathy Witt before tensions forced Weathers to end his march and drive to the church.

“The protesters were aggressively trying to block me at every turn,” Weathers told LEX 18. Lexington Police said it was investigating the incident.

LPD Chief Weathers is now driving to the Southland event after tensions between police and some protestors rose. We’re unclear as to exactly what happened that led to that moment. @LEX18News pic.twitter.com/W23hD85Rdn

The march began at 8 a.m. As it was beginning, a separate group of protesters showed up to demand action and accountability from city officials and police.

As the two groups marched together, tensions and emotions ran high and both sides started yelling at each other on several occasions.

At the public forum, some protesters walked to the front of the stage and at times interrupted the speakers.

Chief Weathers: “It’s God’s will that this is happening now.” @LEX18News pic.twitter.com/zeXeJB3cDj