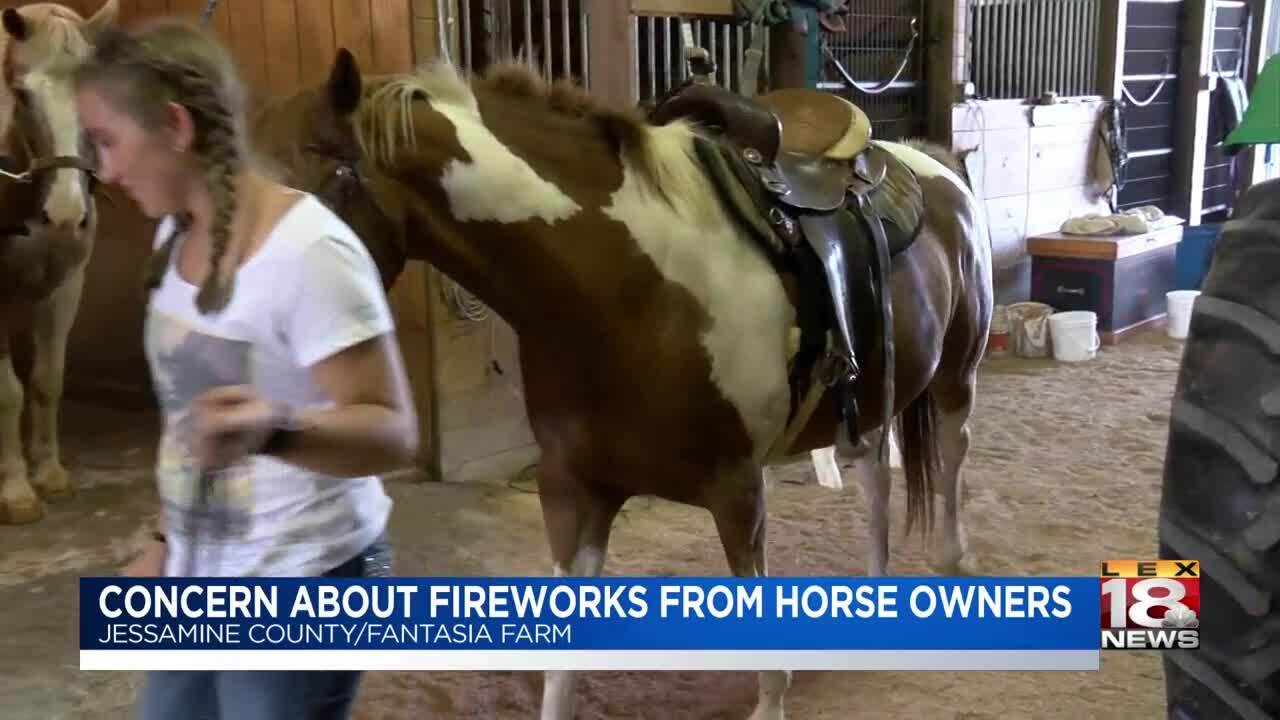 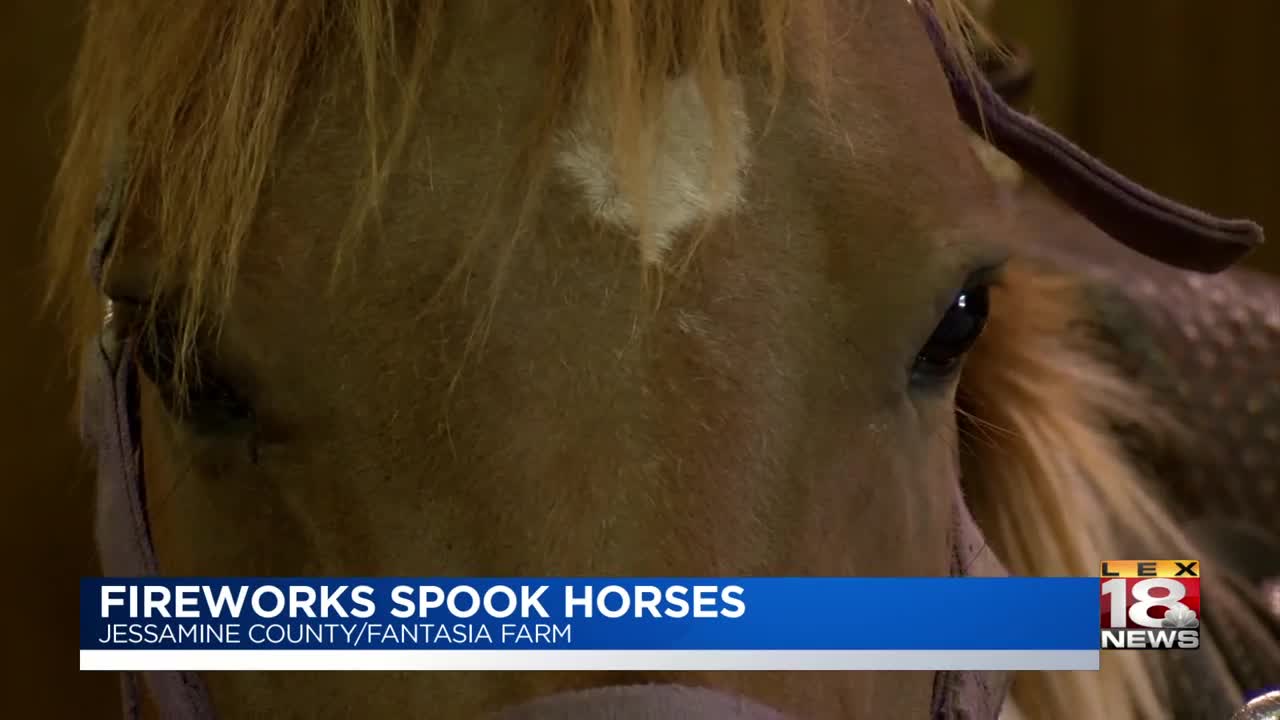 JESSAMINE COUNTY, Ky. (LEX 18) — Fantasia Farm owner Debbie Grier said that last Fourth of July, her neighbors set off fireworks. She said they had horses running around and they had to sedate a few.

"Last year with the fireworks going off they--it created the herd to get scared and so they all just took off. He was running in circles but he also was hitting the fencing," said horse owner Rebecca Wilcutts.

The horse hit the fence, which created a risk of him getting out into the road. This increases the possibility of the horses getting injured.

If the owners could keep all their horses in barns they would, but even then, the problem isn't solved.

"Just because they're boarded, doesn't mean they don't hear the environment around them and they're not going to react. And you might only have one to two people on site and you might have 22 horses and it's impossible to be able to try and take care of them all," said Wilcutts.

Horse owners and farm owners have come up with ideas to try to help the situation.

"A friend of mine, and she gave out Coke cans with a letter asking her neighbors to not shoot off fireworks, just to be kind to the animals," said Grier.

Wilcutts says that they hope for the best and try to keep the horses in their routine. They're hoping a warning to the community this year will mean an enjoyable holiday.

Horse owners want to remind the community that shooting off fireworks in Fayette and Jessamine Counties is illegal and something as small as a bottle rocket can scare the horses.