October 2019 was a month of extremes. 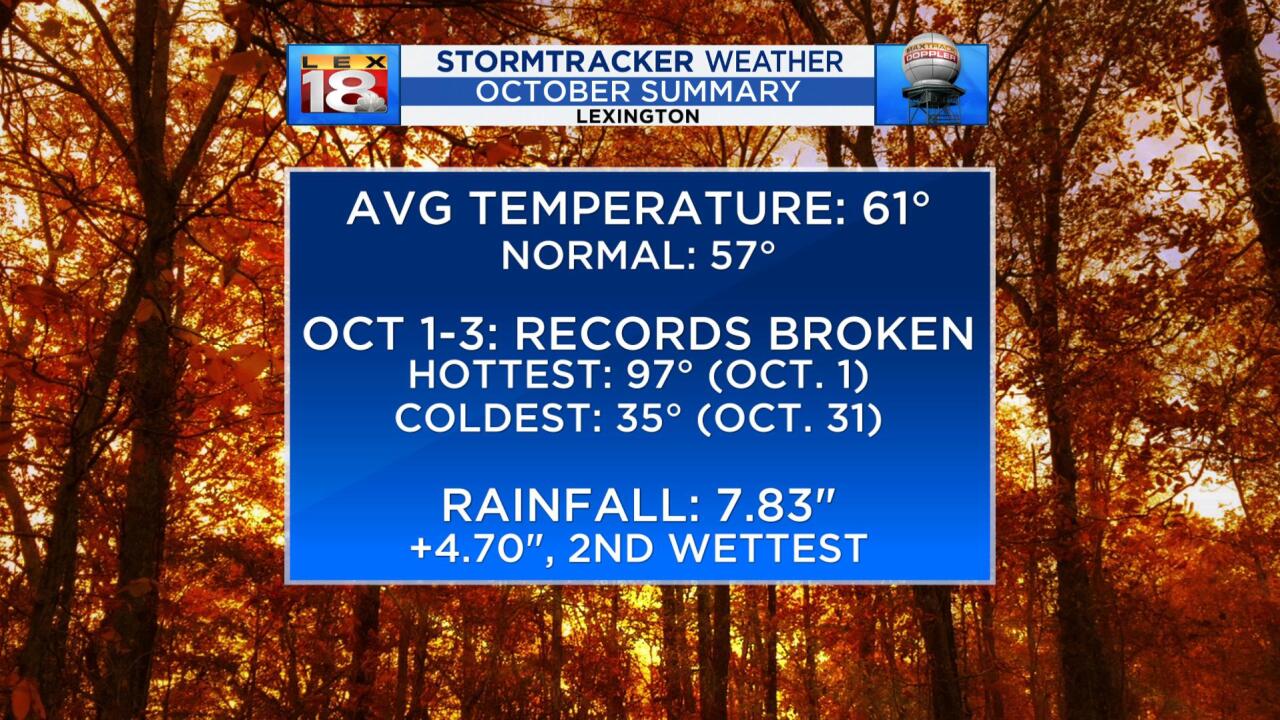 From hot and dry to chilly and a few flurries. October 2019 took us on a wacky ride. Let's first talk about the temperatures.

October was bookended by extremes. The month began with three straight days of 90-degree highs and record setting heat. On the first day of the month we set a new all-time hottest October temperature with a high of 97°. This string of days also tied 1939 for the most 90-degree days in the month of October. Things began to level out from there. Lexington recorded the first frost of the season on the 13th, right on schedule. Halloween put the "brrrr" in Octobrrrr. Temperature plummeted behind a strong cold front. The day began with a high in the upper 60s. By day's end the temperature was 35°, which happens to be the coldest temperature of the last 31 days.

Rainfall was also significant this month. September was the driest month all-time in Lexington with only a trace of rain. There was also a 37 day rain-free stretch between late August and early October. A severe drought developed during that time. (Parts of southeastern Kentucky experienced an extreme drought.) We needed rounds of soaking rain. And that's just what we got through late October. The "flash drought" was erased also as quickly as it developed. The rain around Halloween pushed us into the second spot on the list of wettest Octobers. The month ended with 7.83" of rain; over 4.5" above-normal.