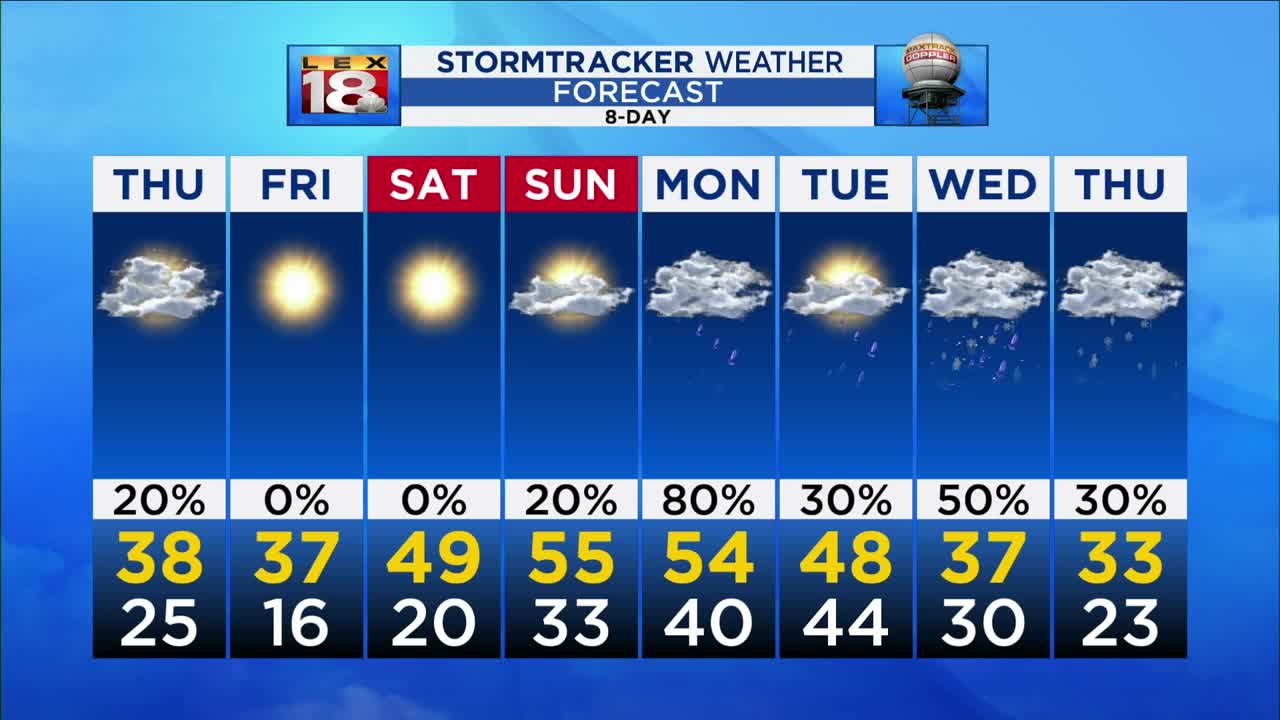 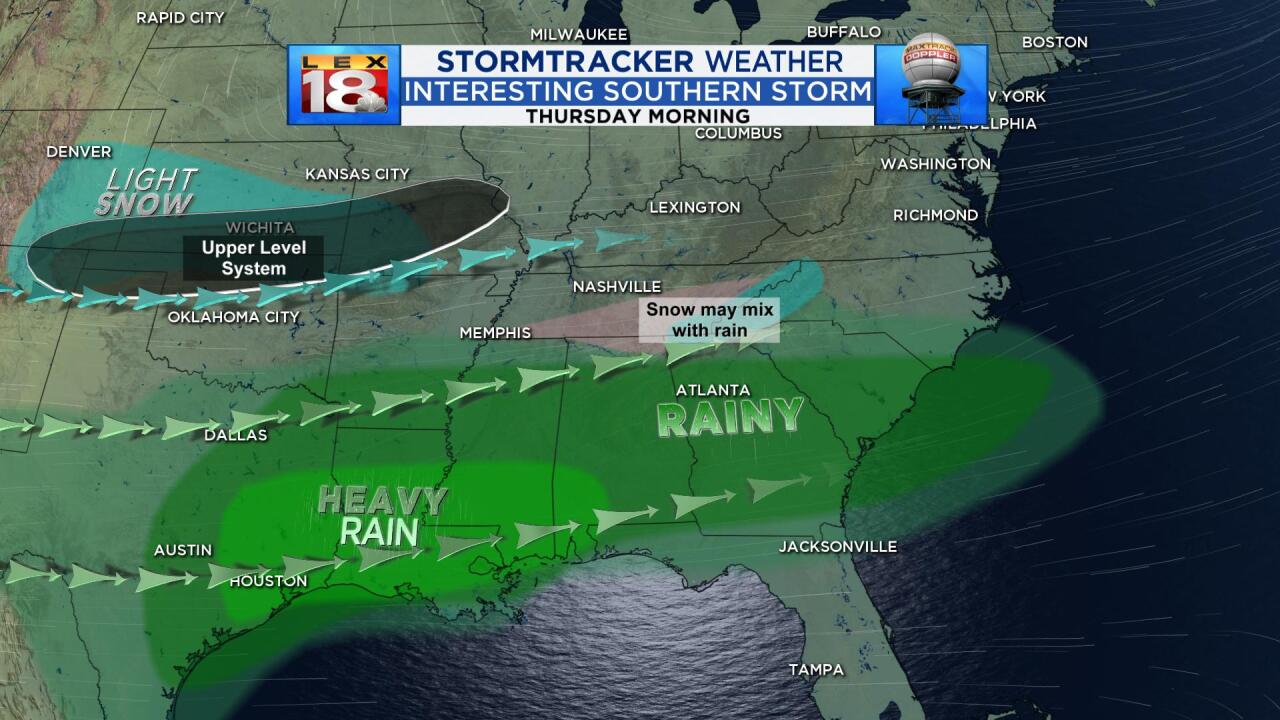 The next 24 to 36 hours will be a little interesting to say the least for parts of the Southeast. An upper-level system will slice through the region and bring wintry precipitation to areas that aren't so used to that sort of thing.

Here are the players - the upper-level system, deep moisture over the Deep South, and colder air sinking southward. Everything will meet up over Tennessee Thursday morning. Needless to say travel along I-40 won't fun to get the day started, and will remain a little tricky through the evening with rain and snow showers possible.

The wintry precipitation will just brush our area. Go figure! Southern and southeastern counties will have the best chances of seeing some flakes. For the rest of us it will be cloudy and cold. Flurry or two may wonder northward. Despite the snow possibility down south, not much is going to stick. The ridges may pick up a very light accumulation.

The greatest snow potential will be from the Tennessee/North Carolina border into northern South Carolina and all the way to the coast of eastern North Carolina and southern Virginia. The Smokies are under a Winter Storm Warning. Winter weather advisories have been issued for the mountains and foothills of North Carolina, the Charlotte metro, and the Triad. Farther east a winter storm watch has issued. Even Virginia Beach is under a winter storm watch. Not only will snowfall amounts be significant (given the area) but there could also be major travel impacts.

The highest snow amounts, outside of the mountains, are expected from Charlotte eastward. Forecast above displays raw numbers from the NAM model. The output might be a little overdone. Likely will have to cut those numbers in half. The model guidance does show that this will be a significant winter event.