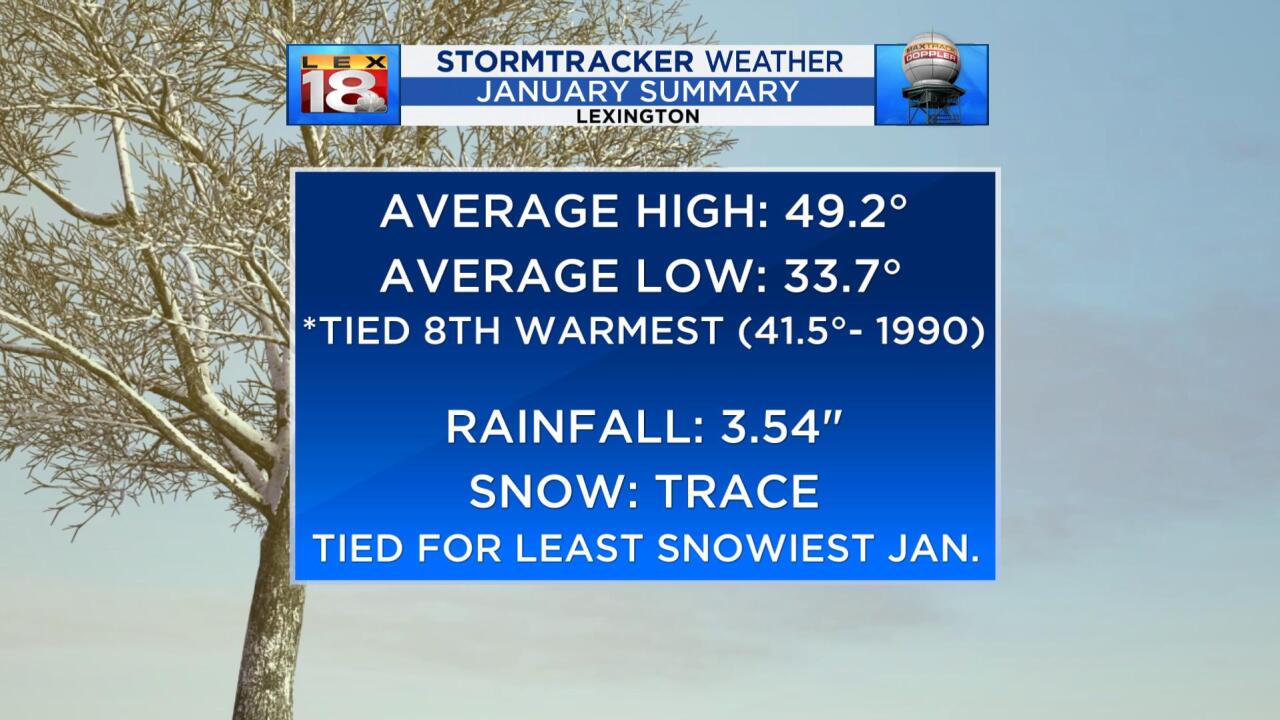 The first month of 2020 has come to an end. The past 31 days have brought a little bit of everything - from record warmth to the coldest temperatures of the season, severe storms, and a lack of measurable snowfall.

The remarkable warmth of the final days of 2019 carried over in the new year. We had a run of 17 consecutive days to start 2020 with above-normal temperatures. Record highs were set of the 10th, 11th, and 15th. (The coldest temperature of the winter so far came on the 20th and 22nd when the mercury dropped to 16°.) You would think with this kind of unseasonable warmth that this would be a record-setting month. It was one for the history books, but not enough to take over the top shot. We have dropped several pegs with the more seasonable (colder) temperatures over the past two weeks. This month's average temperature of 41.5° is tied for the 8th warmest January with 1990.

For the snow lovers, there may be hope. Yes, February is a short month, but it is historically Lexington's snowiest month. We average approximately four and a half inches of snow. Also, we have never gone an entire winter (December - February) without measurable snow. The least snowiest occurred in 1931-1932 with a grand total of 0.1".

In the short term, our chances of winter finally showing up aren't that great. Another "flash of winter" will follow a big time warm up later next week. With the way this winter has gone so far, it doesn't appear that the colder, more seasonal air will hold. A persistent ridge over the southeastern U.S. has kept our temperatures mild and our precipitation in the liquid form so far this winter.