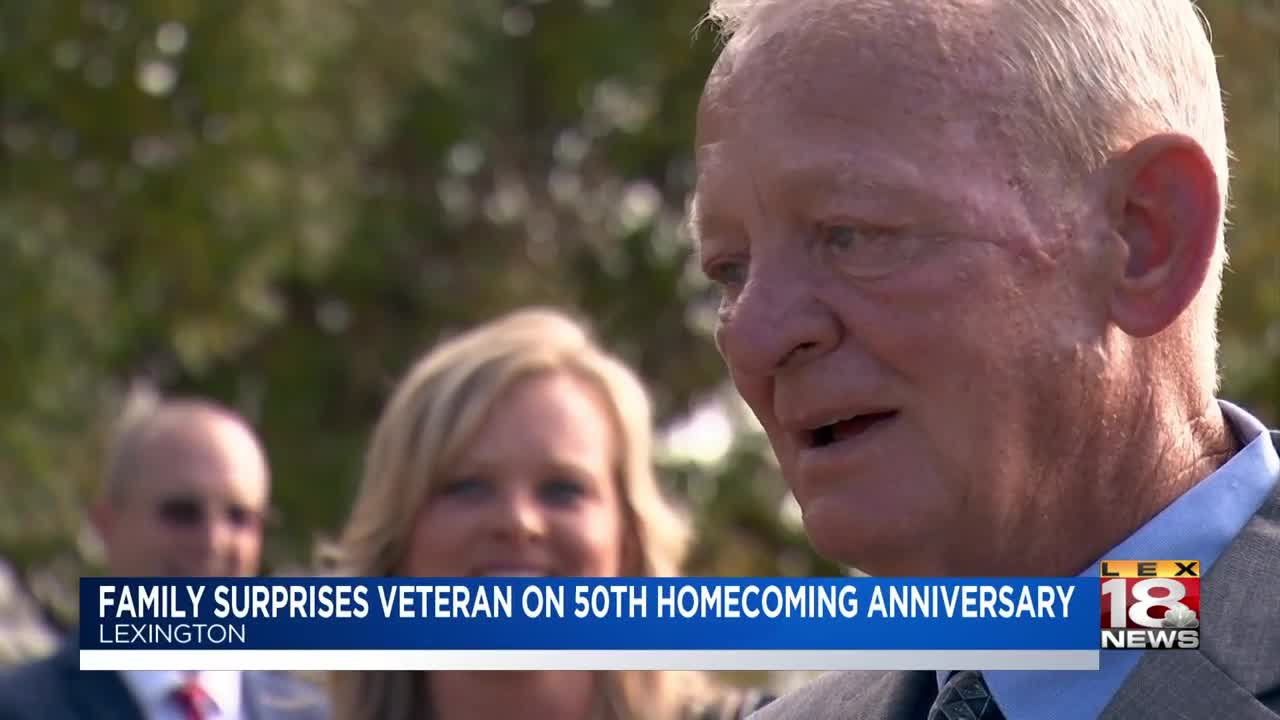 LEXINGTON, Ky. (LEX 18) — It was a special homecoming anniversary for a Vietnam War veteran from Jessamine County on Saturday.

Ray Johnson is celebrating 50 years since he returned from the Vietnam War and his family surprised him in a big way.

They brought the traveling Kentucky Vietnam Wall to the University of Kentucky's campus.

Johnson spent two years in Vietnam and was overwhelmed by how his family honored his service.

They also honored his brother who died in 2012. He too served in Vietnam.

“I'm proud of my family been blessed with a great caring family,” said Johnson. “I’ve seen the wall in Washington and I've seen this in traveling but I've never seen this particular one and kind of reminds me of all the people that give their life.”

Many of Johnson's family members are in the military including a grandson who's a marine and is deployed in Norway.