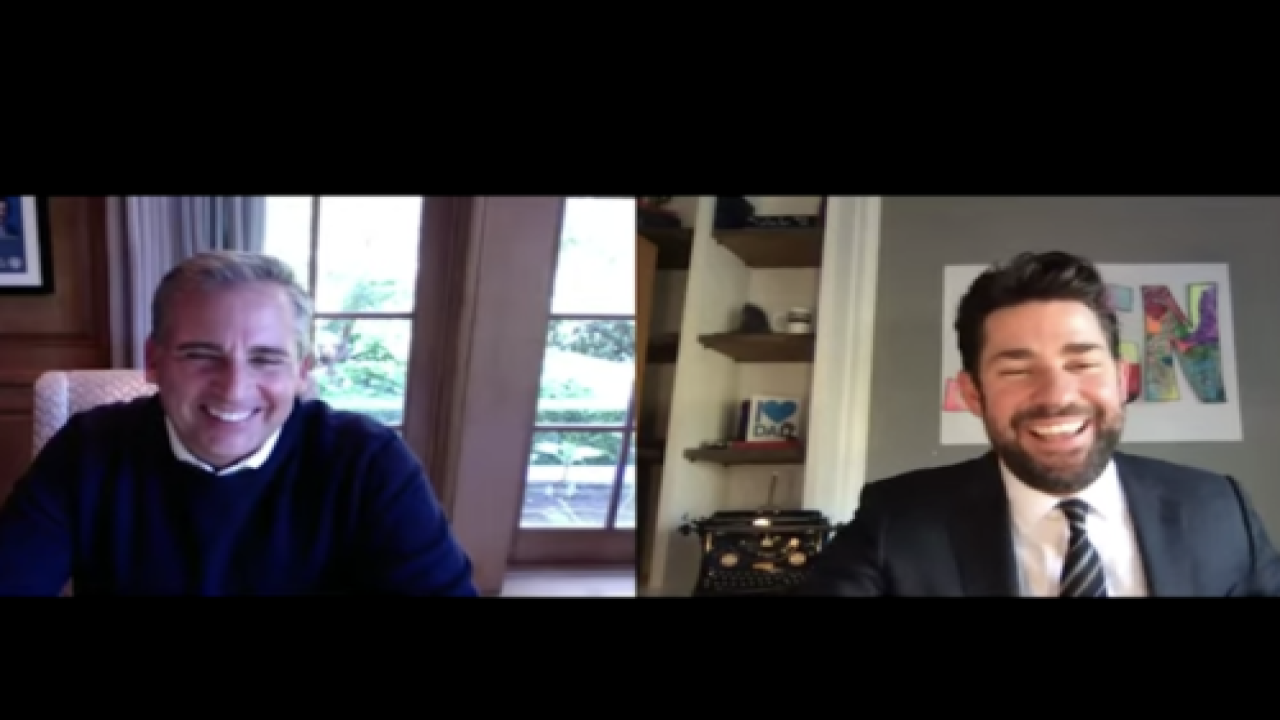 We could all use some smiles, laughs and good news these days. As the days of social distancing have morphed into weeks, watching and reading all the news about the coronavirus can feel get overwhelming for even the toughest people out there. Some people have taken the stay-at-home orders as an opportunity to rewatch some of their favorite shows like “The Office” to laugh and escape the real world for a while.

Meanwhile, during this challenging time, one of the popular series’ stars, John Krasinski, found a different way to lift spirits, by creating a new web series.

Krasinki launched the Some Good News webcast on YouTube on March 29 as a way the highlight the lighter side of events going on in the world.

“For years now, I’ve been wondering why is there not a news show dedicated to good news?” Krasinski said in the video’s introduction. “Well, desperately seeking my fix somewhere else, I reached out to this week asking — nay begging — for some good news.”

The actor posted the request on Twitter to his followers on March 25.

Alright everybody, how about #SomeGoodNews ! Send me the stories that have made you feel good this week or the things that just made you smile!

The response was overwhelming and the actor compiled some of the stories he heard into his webcast. And, as a special treat for viewers, Krasinski took the opportunity to celebrate this week’s 15th anniversary of “The Office” with his former co-star Steve Carell, who joined the show remotely via video conference.

It was clear that “Jim” and “Michael” were having a ball spending time together onscreen, even if it was digitally. First, Carell called out his friend for business attire.

“I guarantee that the bottom of half of what you have on does not match the bottom,” Carell joked.

Krasinski confirmed that he was “definitely wearing ‘jams,’ if anyone remembers what those are.” (He showed the board shorts later in the broadcast.)

And, of course, the pair talked about favorite scenes from the show and their memories from their time on “The Office” together.

“I think most of the [favorite] memories have to do with things that we shared as a cast,” Carell said. “Part of what was so much fun about it is everybody in the cast was rooting for everybody else. People would step back when it was time for other people to shine and celebrate it.”

The rest of the uplifting broadcast featured stories from all over the world about how people are taking care of one another during this coronavirus outbreak. Here’s the full episode:

More than 25 million people watched the first episode, and it looks more installments could be in the works. So, stay tuned for more good news!