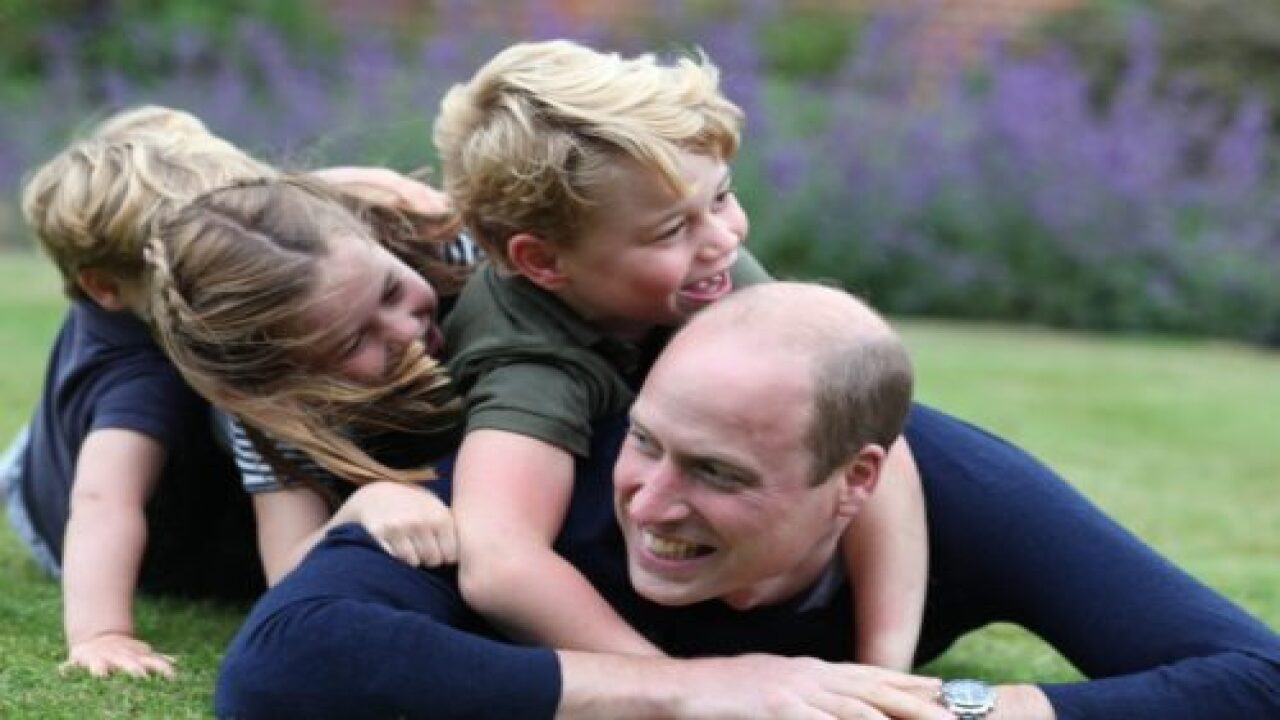 It may be hard for us common folk to imagine celebrating Father’s Day or birthdays like a royal. But Kate Middleton, the Duchess of Cambridge, gave us a glimpse into their private world when she published a series of family photos on social media this weekend to honor both fathers everywhere as well as her husband, Prince William, Duke of Cambridge, who was also celebrating his birthday.

First, on June 20, Middleton posted a charming photo of Prince William with their three children, Prince George (age 6), Princess Charlotte (age 5) and Prince Louis (age 2). How quickly the little princes and princess are growing up! The photo, taken by Middleton, shows Prince William surrounded by their beautiful children while sitting on a swing. The royal couple shared the photo on their official social media channels a day ahead of Prince William’s 38th birthday, on June 21, which also happened to be Father’s Day.

The Duke and Duchess of Cambridge are very pleased to share a new picture of The Duke with Prince George, Princess Charlotte and Prince Louis ahead of The Duke’s birthday tomorrow.

The picture was taken earlier this month by The Duchess. pic.twitter.com/maFAGS4bTe

It’s so refreshing to see this young royal family looking so comfortable and informal. Princess Charlotte in her denim overalls and the boys in little polo shirts are almost too cute for words.

Then, the next day, fans of the royal couple got more photos courtesy of Middleton. First, she released a few other candid shots from the same day as the swing photo. This time, though, the kids are in the grass, tackling their father and looking like they are having the time of their lives. The photos were accompanied by words of thanks from the royal couple for all the birthday greetings for Prince William.

Thank you everyone for your very kind wishes on The Duke of Cambridge's birthday today! ð ð pic.twitter.com/9vHLhSvzIr

Lastly, to honor Father’s Day, Middleton shared side-by-side photos of the royal couple with their fathers. First, she captured a lovely father-son moment between Prince Charles and William. And, right next to that, she dug into her own photo archive and posted a photo of herself with her father, Michael Middleton, from when she was a little girl.

On the left, The Duke of Cambridge with Prince of Wales at Sandringham in December 2019, and on the right, Michael Middleton with his daughter Catherine

Photo on the left taken by The Duchess of Cambridge pic.twitter.com/VN461CZzmi

The Duchess of Cambridge has shared her talents as the family photographer numerous times over recent years, including to celebrate Prince Louis’ first birthday, Princess Charlotte’s fourth birthday and Prince George’s sixth birthday.

Happy birthday to Prince William, and Happy Father’s Day to all dads!