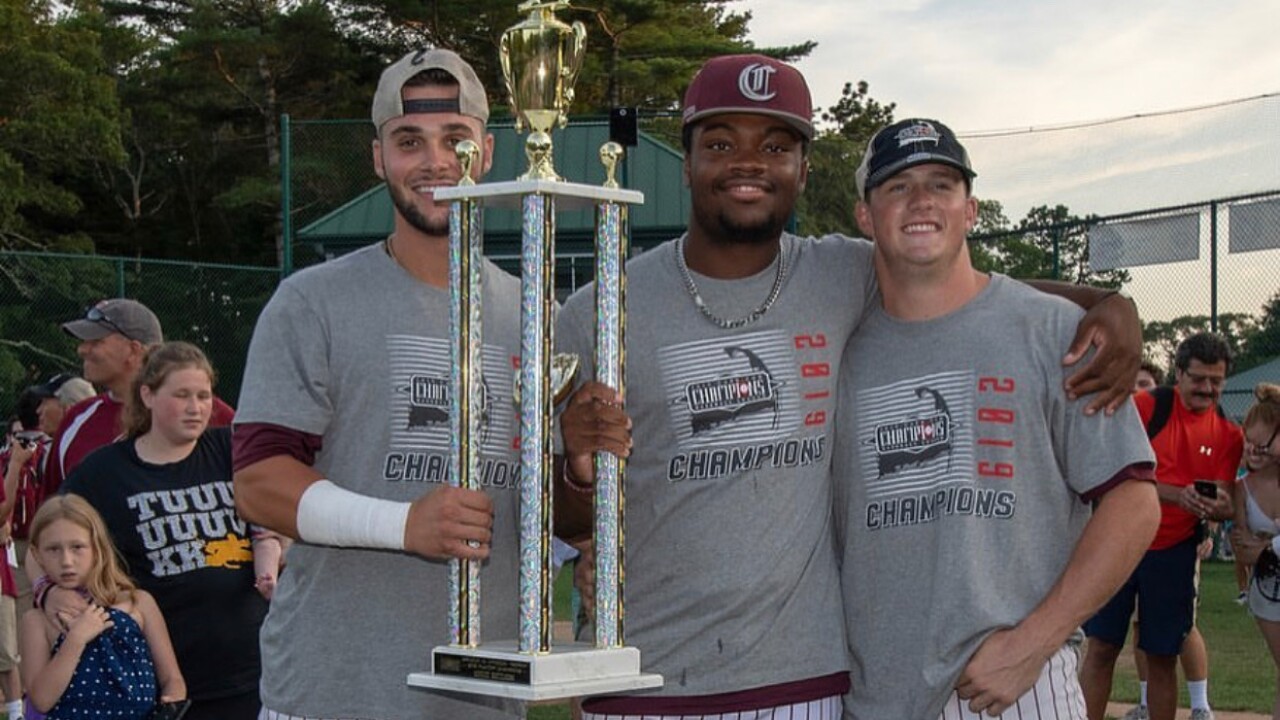 LEXINGTON, Ky. — The Kentucky Baseball team had an impressive showing on the summer league circuit with six Wildcats playing for a league championship club, six being named all-stars and two earning all-league honors.

Three Cats suited up for championship teams in each of the famed Cape Cod League and Perfect Game Collegiate Baseball League, while two others played for a regular season champion. Oraj Anu, Cam Hill and Coltyn Kessler helped Cotuit to the Cape Cod title, while Cole Daniels, Will Gambino and Trip Lockhart were part of Amsterdam’s Perfect Game League championship.

A closer look at each player’s summer:

T.J. Collett (Senior 1B/DH, Brewster Whitecaps) – Led the Cape Cod League in home runs with nine, tied for the most in the famed summer league since 2012, ranked third in RBI (32) and fourth in slugging percentage (.539). Also competed in the CCL’s Home Run Derby.

Ben Jordan (R-Sophomore RHP, Gaithersburg Giants) – In seven appearances (six starts), Jordan posted a 2.70 ERA and 36 strikeouts in 26.2 innings. The strikeouts were the sixth-most in the league and his ERA was the second-lowest at the time when he completed his summer in July. Jordan also was named the top prospect in the Cal Ripken League by Perfect Game.

Jared Payne (Freshman C, Oneonta Outlaws) – Despite joining the Outlaws after the season started, Payne batted .390 with 23 RBI and a .896 OPS in 105 at-bats in his first go-around against collegiate competition.

John Rhodes (Freshman OF, Oneonta Outlaws) – Also facing collegiate pitching for the first time, Rhodes was named an all-star while hitting .316 with 15 extra-base hits and 24 RBI in 133 at-bats. He was voted MVP of the all-star game after going 3-for-4 with two runs scored and an RBI.

Hunter Rigsby (Sophomore RHP, Anchorage Glacier Pilots) – Led the ABL with a 0.64 ERA in 28.1 innings after allowing just two earned runs. Finished third with five saves and 10th with 34 strikeouts. Rigsby also was named the No. 7 prospect in the Alaska Baseball League by Perfect Game.

Austin Schultz (Sophomore IF, Savannah Bananas) – Batted .307 with 10 extra-base hits, 14 stolen bases and a .883 OPS in 101 at-bats. He also was a member of the Colonial Plain League Select Team.