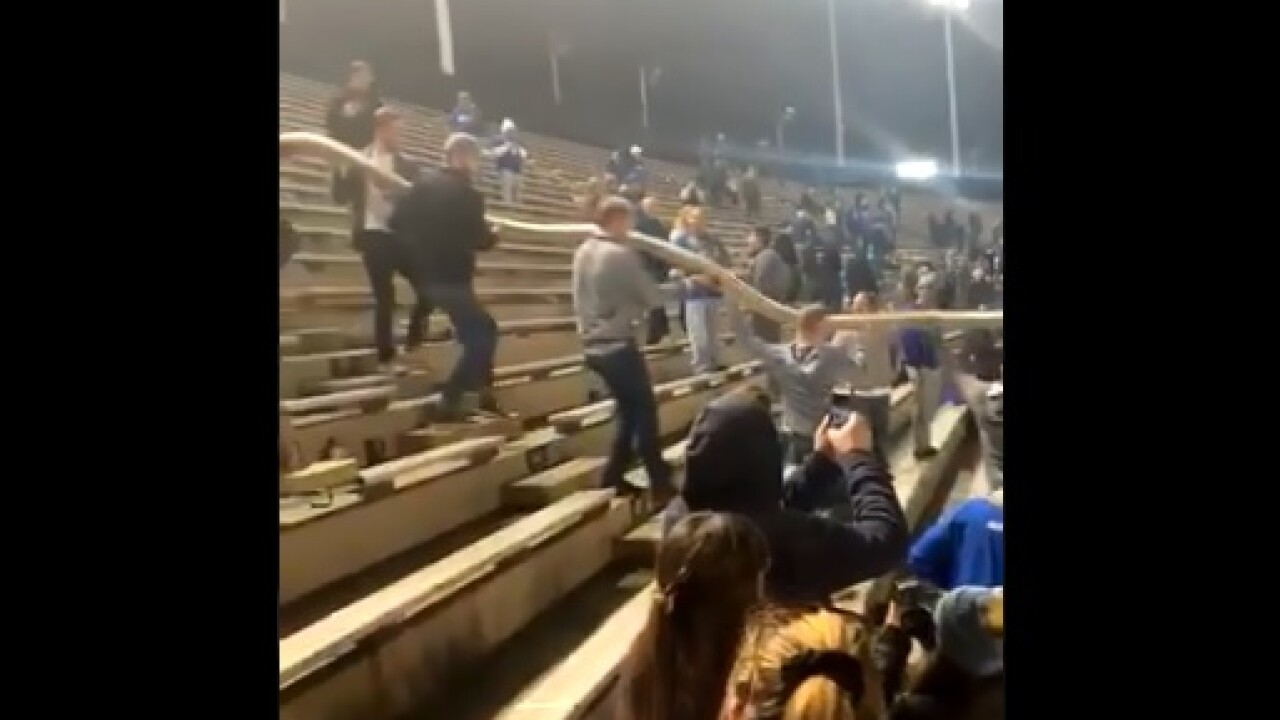 NASHVILLE, Tn. (LEX 18) — The Kentucky Wildcats offense wasn't the only thing that took center stage in Nashville on Saturday; some true blue fans made quite the impression of their own.

Fans connected empty beer cups to form a giant "cup snake" in the stands during the Kentucky vs. Vanderbilt football game.

It only took one Kentucky football game with beer sales for a tradition to be born.

A number of videos shared on social media showed all angles of the cup snake being carried by fans through the stadium. The creation was even captured by SEC cameras and shown during the game broadcast.

Several people wrote on Twitter that fans were chanting "C-U-P-S CUPS CUPS CUPS" while the cup snake was on the move.

Kentucky ran away with a victory over Vanderbilt 38-14. This football season is the first that the SEC has allowed beer sales in the conference, but alcohol is still prohibited at Kroger Field to the general public.