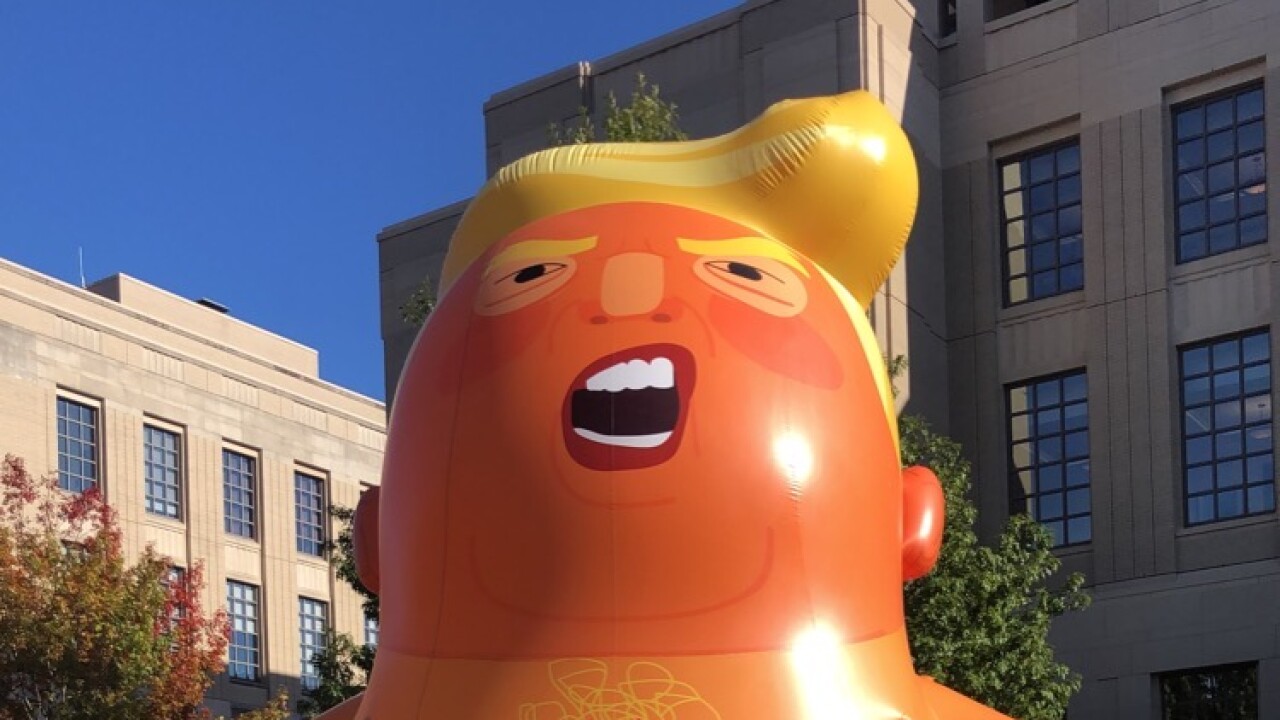 Concerned Citizens for the Center LEX and KFK Kentucky organized the fundraiser, according to a Gofundme page.

President Donald Trump is making the trip to the Commonwealth to stump for Gov. Matt Bevin ahead of Tuesday's election.

The Trump rally will take place at 7 p.m. on Monday at Rupp Arena.

The groups who started the Trump balloon fundraiser wrote, "We want to display the Whining Baby Trump Balloon in downtown Lexington, before and during the rally. We need to raise funds to get the Baby to Lexington and secured. We have a location in Downtown where the Baby will be on display for all to see."

The aforementioned location of the balloon is in front of Lexington's courthouse. According to witnesses, there are protesters at the site protesting the balloon.

As of Sunday night the fundraising effort had already surpassed its $5,000 goal, to see the page: click here.