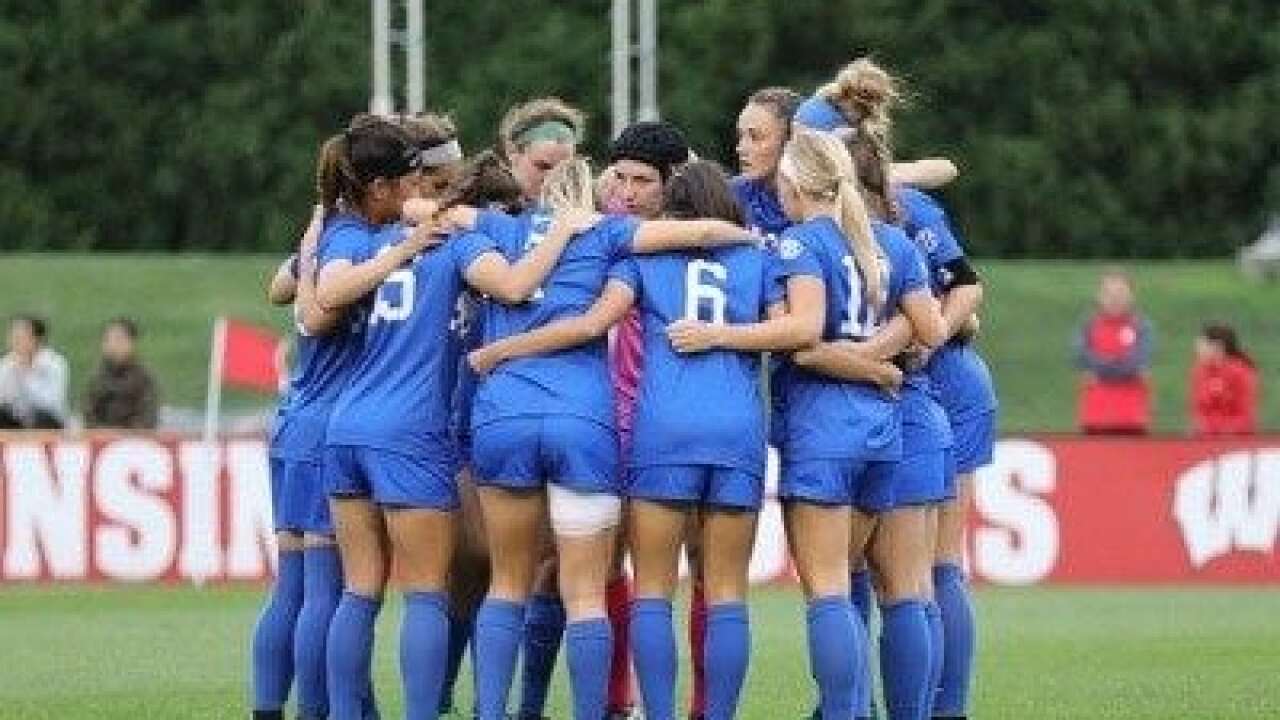 LEXINGTON, Ky. — Kentucky (3-0-2) defeated Northern Kentucky (2-3-0), 1-0, in the first-ever meeting between the two programs on Thursday night at The Bell. A goal in the 30th minute from freshman forward Hannah Richardson was key in the Wildcat’s third-straight win.

The lone goal on the night was set up after a Norse turnover in the midfield. Freshman forward Jordyn Rhodes collected a loose ball and delivered a great pass upfield to Richardson who beat one defender and slotted the ball home past the keeper.

UK was successful in keeping the ball in NKU’s territory and applying pressure on its defense with 18 shots on goal. Individually, Julia Grosso had three shots on goal, while Miranda Jimenez had two. Jimenez’s speed played a key part in Kentucky’s attack as she made several dangerous runs against Northern Kentucky’s fullbacks.

On the other side of the ball, the Wildcats’ defense prevented the Norse from having any shots on goal, which is the first time that has happened since August 30, 2015 when UK defeated Toledo, 7-0, at home.

“I’m very proud of the grind from our girls,” Kentucky head coach Ian Carry said. “It was a difficult game on a sticky Thursday night. We dug deep tonight. We spoke to the girls at halftime and challenged them to get back on the field and keep the possession better and work harder. We got put under a lot of pressure tonight and every single person had to grind. It’s another learning experience for them when they are put under all of that pressure. I’m very proud of our backline, our midfielders dug deep and our forwards held up the ball well. The girls worked their tails off. We’ll recover tomorrow, get back on the field on Saturday and prepare for Sunday.”