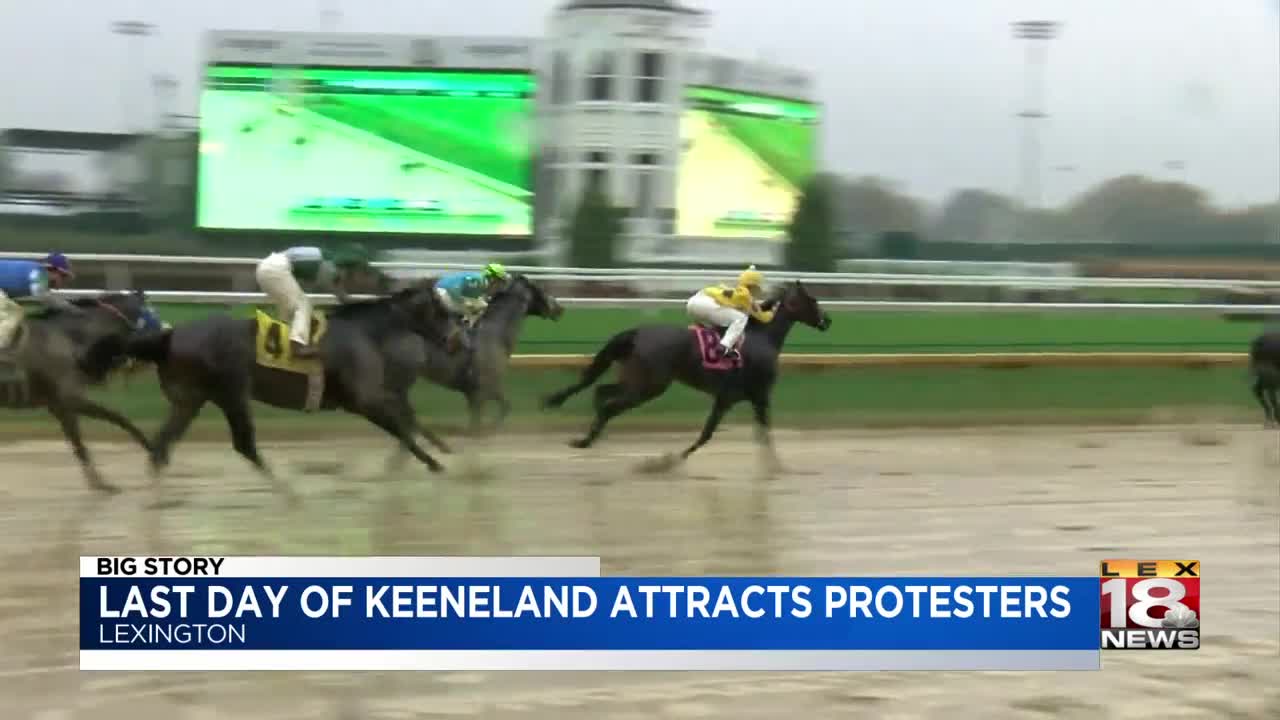 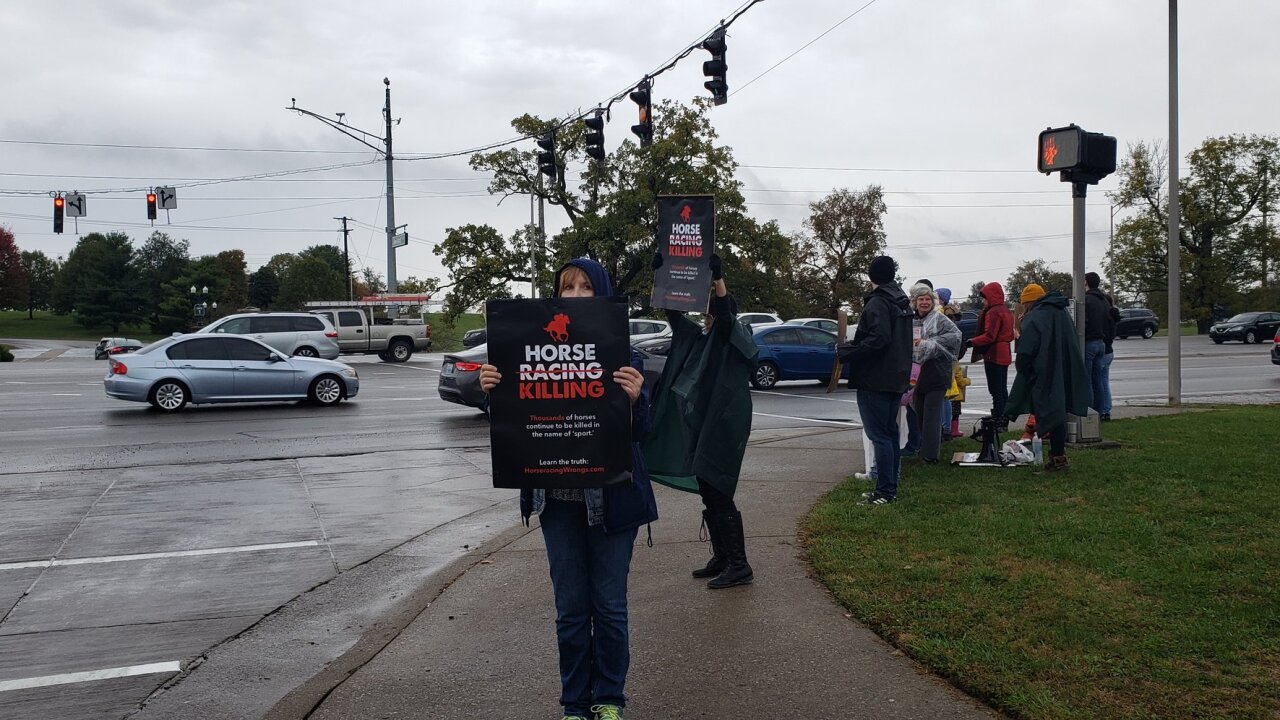 LEXINGTON, Ky. (LEX 18) — The final day of Keeneland’s fall meet drew a small crowd of protesters, who said they're against cruelty in the horse racing industry.

"It needs to stop. We need to go ahead and fix it and find some other form of entertainment not at animal's expense,” said protester Sherri Robinson.

More than a dozen protesters stood across the street from Gate 1 of Keeneland, holding signs provided by the group Horseracing Wrongs. The signs read “Horseracing is Animal Cruelty” and “Horseracing Kills Horses.”

"If this is in fact the horse capital of the world, horses should be treated with dignity and respect and not be subjected to the cruel practices of this industry,” said protester Hannah Truxell. “The deaths on the track and in training are but one part of the larger picture as it relates to the industry."

The group said other problems are the use of drugs, not yet developed horses being forced to run, and the use of solitary confinement.

As they were out, a smaller group of people who support the industry stood next to the protesters, with signs reading "Honk If You Love Horse Racing."

"It's our industry. It's a big business,” said supporter Megan Fulkrod. “We do try to all stick together and we don't want to see it go down."

"They don't understand that we actually do love our horses,” said supporter Amber Chapman. “It breaks your heart when something happens."

While protesters plan to keep pushing to end horse racing, supporters won't be silent on their end either.

In response to the nine horse deaths this year, Keeneland officials have said they'll continue to add new safety measures.