Late night round of strong storms

Wind and hail are the top threats. 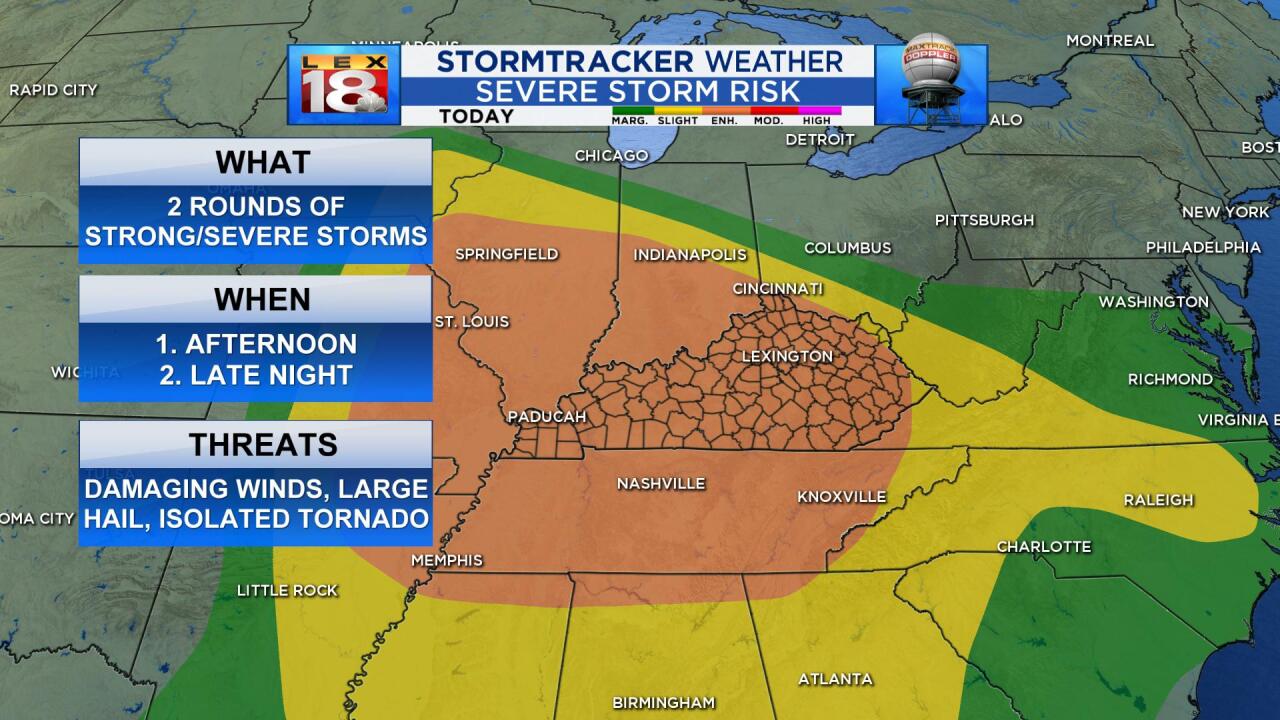 A strong cold front is heading our way, which will drop temperatures from near 80° this afternoon to the 50s by tomorrow. Before that big temperature change arrives, there will be two rounds of strong/severe storms. One round this afternoon through the early evening, then the main event later tonight.

Yesterday's storm threat never materialized locally. The severe storms remained to our north across Indiana, Ohio, and Pennsylvania. The boundary reached the Commonwealth this morning and sparked a few gusty storms. It then stalled along I-64. Meanwhile, it got very warm and humid this afternoon. The "juicy" atmosphere and the old stalled front were just enough to kick start a chain of thunderstorms, some of which became severe. These storms were "hailers" with reports of dime up to quarter size hail. Damaging winds were also possible. A tornado warning was issued for Elliott and eastern Rowan counties. A Severe Thunderstorm Watch will remain in effect for northern and eastern Kentucky until 8 PM. Any strong and severe storms through this evening will be capable of producing large hail, strong winds, frequent lightning, and torrential rain.

This is just the appetizer, so to speak. The potential for severe storms will ramp back up closer to midnight as a strong cold front approaches. Another Severe Thunderstorm Watch will likely be issued.

Unlike this afternoon when clusters of storms developed, the late night around will come in a line. Damaging winds will be the top threat. Large hail will also be possible, but the threat will be greater west of I-65. While the tornado threat is low, it is not zero. We are expecting the line to cross the heart of the Bluegrass around midnight. It will then race into eastern Kentucky through the wee hours of the morning. Lingering showers will be around to start off your Thursday as the cooler air sweeps in.