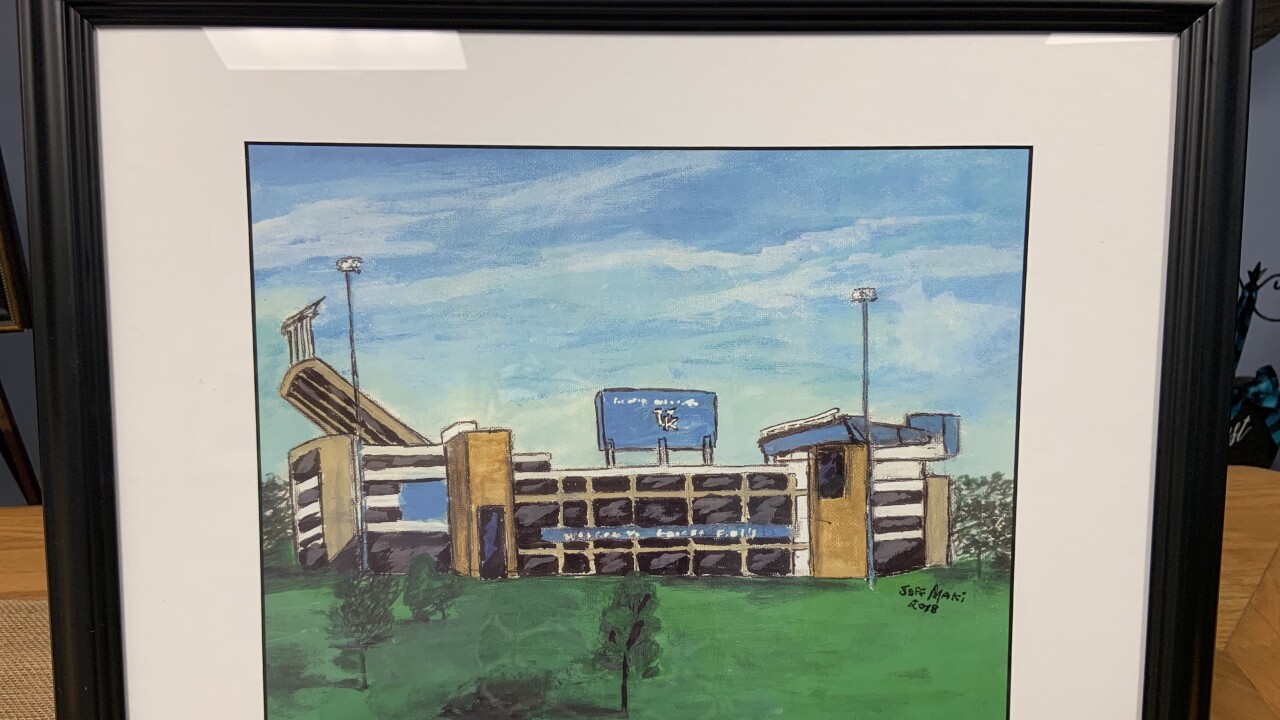 LEXINGTON, Ky. (LEX 18) — A Lexington man who was homeless is proving that you can't judge a book by its cover, even after his death.

Jeff Maki was working with volunteers at the New Life Day Center to get off the streets and creating beautiful art when he died.

On Saturday his prints were featured in an art fair at the center.

“I noticed one day that he was doodling on some cups, very much like this, where he has drawings on the cup,” said New Life Day Center volunteer Charles Foure.

Foure said Maki used to spend a lot of mornings drinking coffee at the New Life Day Center. He says when he saw him drawing he immediately knew Maki had talent.

Foure bought Maki art supplies and helped him sell his pieces in order to save money for somewhere to live - but Maki died before that could happen.

“I think the circumstances of him being on the street, he regretted that to the extreme and really wanted to get off the street, didn't want to be homeless, but it didn't work out for him," Foure told LEX 18's Katherine Collins.

But his legacy remains in his art, which was up for sale on Saturday at the New Life Day Center, with proceeds going towards the center's programs.