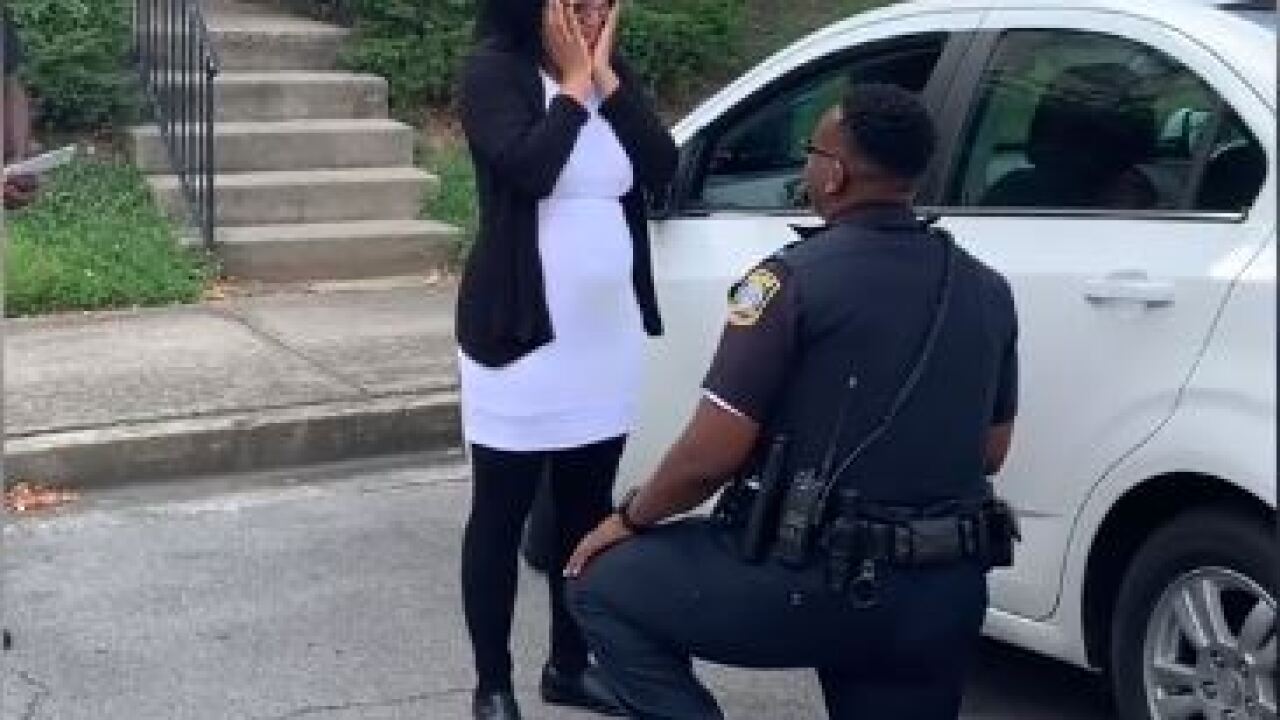 LEXINGTON, Ky. (LEX 18) — A Lexington Police officer proposed to his girlfriend with a little help from his friends.

The Lexington Police Department shared a video of the proposal on Facebook Thursday. The video from July 17 shows officers conducting a "traffic stop" on a vehicle possibly involved in "suspicious activity." The woman steps out of the vehicle and gives the officer her license and registration.

In the video, the officer asks her several questions, including how long she has had the vehicle and who all drives the vehicle. The officer then goes to run her license and insurance. Then, a third officer arrives on scene, the woman's boyfriend, Officer Everett Hobson.

Hobson acts confused about the "traffic stop" and is told not to interfere. The officer who conducted the stop tells Hobson that it is his investigation and he can speak to his girlfriend when it is done.

The officer asks the woman to step towards him and he again asks her if she is the only person who drives the vehicle. While she is distracted by the officer, Hobson gets down on one knee, ready to ask her a very different question.

The officer asks her, "so this vehicle wasn't just out here?" He points behind her, getting her to look over her shoulder, and that's when she sees Hobson down on one knee.

Congratulations to Officer Everett Hobson and his fiancée Deshay!

Watch the video below: