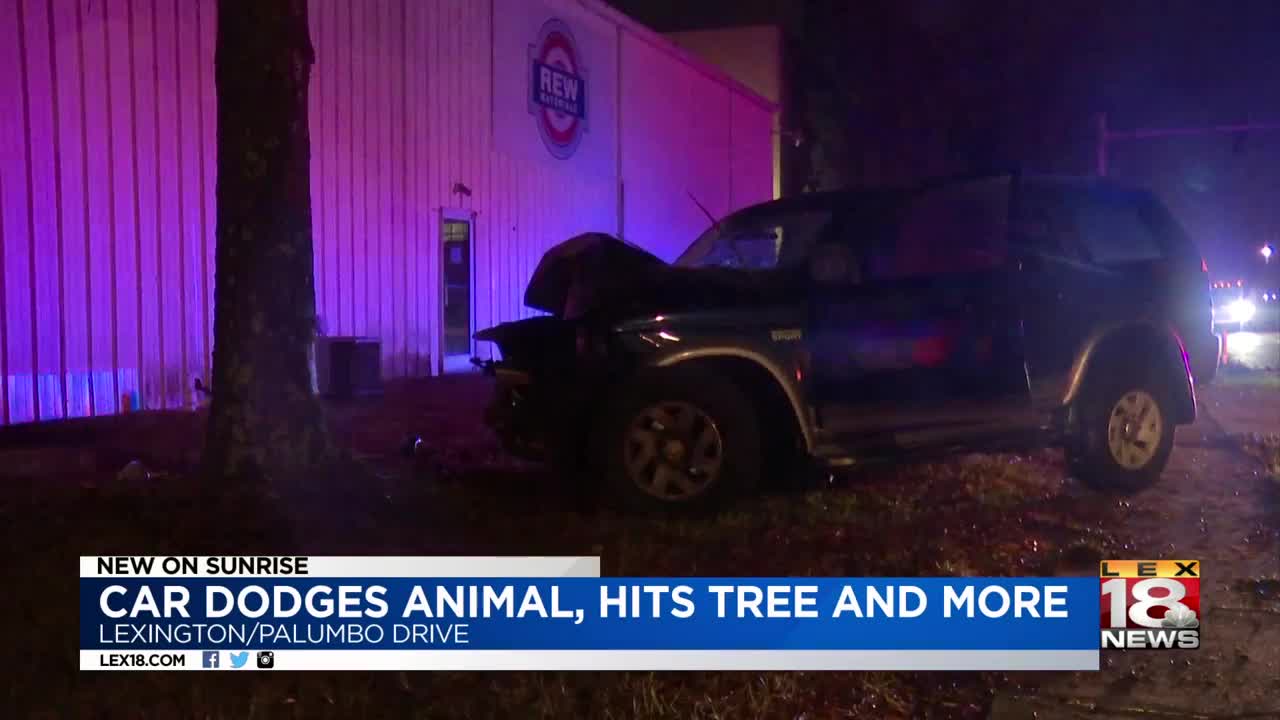 LEXINGTON, Ky. (LEX 18) — A driver was fortunate to avoid serous injuries in a crash early Sunday morning on the city’s southeast side.

Police said the driver told them he swerved to avoid hitting an animal in the road. But the vehicle then struck a fire hydrant, knocked down a light pole and smashed into a tree.

First responders tell LEX 18 that the man was taken to an area hospital with minor injuries and was expected to be OK.