It's the first meteor shower since January. 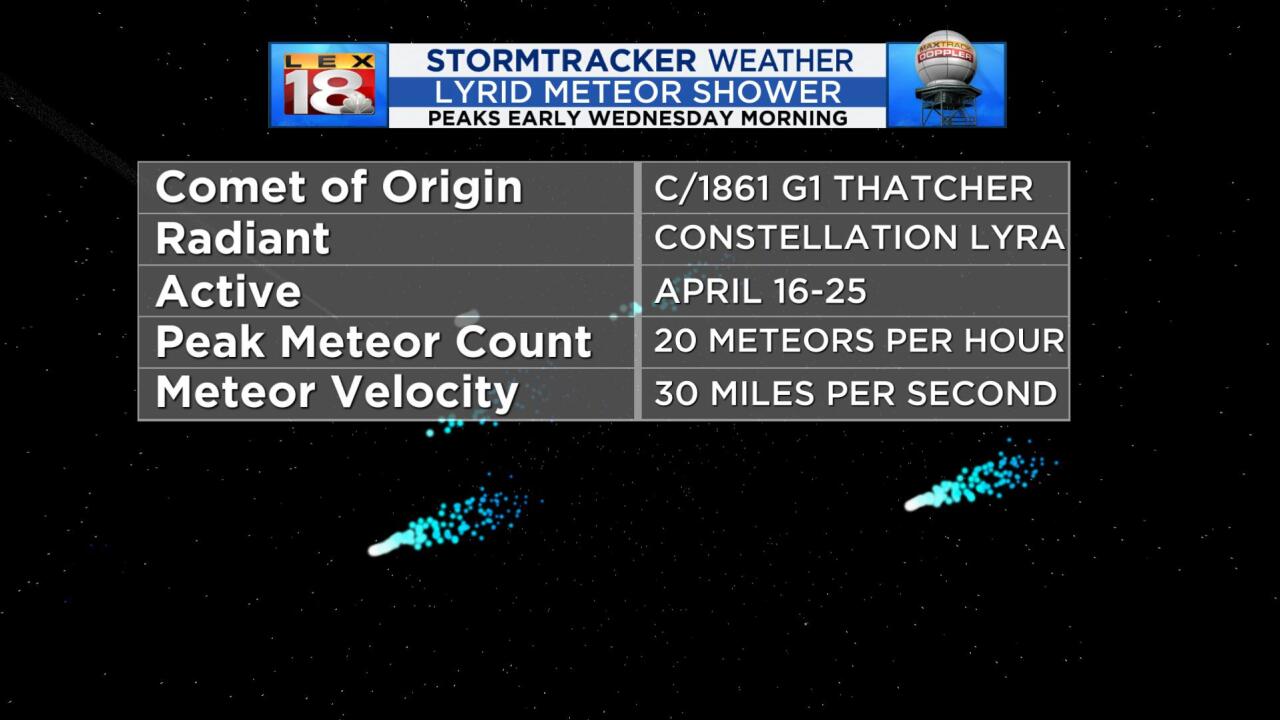 Here's something for the family to get excited about. There will be a meteor shower Tuesday night, the first since January. The Lyrid meteor shower, one of the the oldest known meteor showers, peaks during late April each year. This shower is known for its fast and bright meteors that rival those of the brilliant Perseids in August.

What is a meteor anyway? It is the leftover particles of a comet or bits of a broken asteroid. When comets zoom past the Sun, they leave a dusty trail behind them. Every year the Earth passes through that debris field. A meteor shower will occur while our planet travels through the dusty trail. Bits of space rock will collide with our atmosphere then disintegrate into fiery and colorful streaks across the night sky.

The Lyrids were first observed more than 2,700 years ago by Chinese astronomers. The shower occurs every year between April 16th and 25th. The meteors appear to come from the constellation Lyra, the harp. Meteors particularly radiate out from the star Vega, which is the brightest star within the constellation. The Lyrids will produce an average of 20 meteors per hour during the peak of the shower and under ideal viewing conditions.

Speaking of viewing conditions, our skies will be ideal for viewing Tuesday night. There will be a new moon - excellent - and skies will be clear. It will be quite brisk, though. For the best viewing you'll want to look up between midnight and dawn. And get as far away from city lights as possible. Vega is pretty easy to spot even with light pollution, but the meteors may be a little harder to see.

Here are some other viewing tips. The Lyrids will appear longer and more dazzling if you look away from the radiant star, especially since moonlight won't be an issue. Get to your viewing spot early. You'll want to give your eyes about 30 minutes to adjust. Be on the look out for their glowing dust trains, which can be seen for several seconds. Happy meteor gazing!