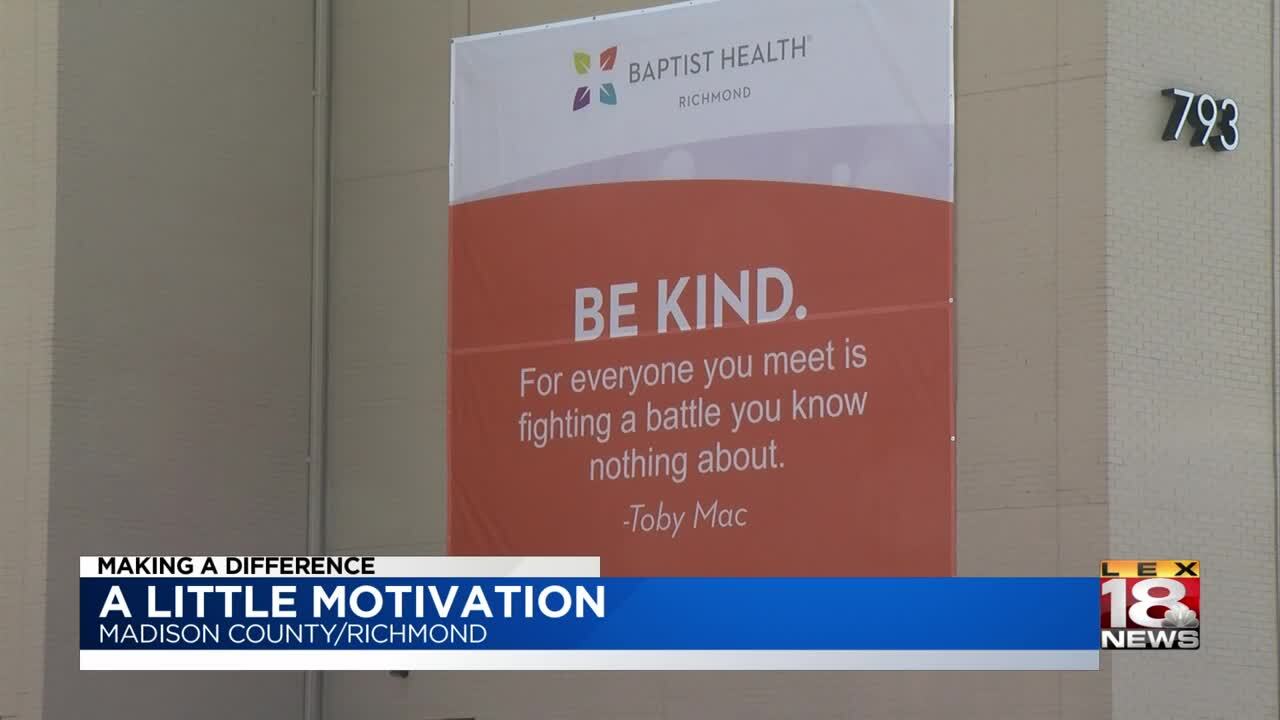 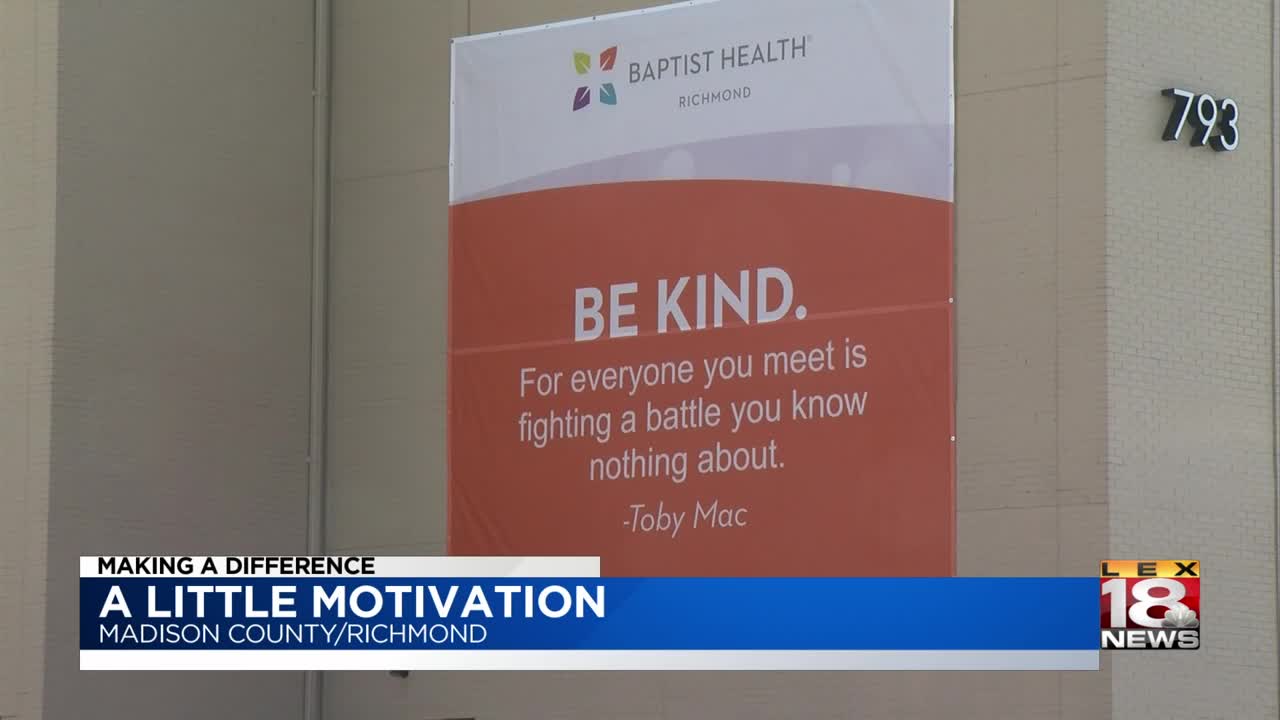 MADISON COUNTY, Ky — Baptist Health in Richmond has launched a new initiative to inspire the community.

It started about a year ago when Greg Gerard became President of Baptist Health Richmond. He is a self-professed quote guy and started sending out motivational quotes to staff on Mondays to offer a little extra inspiration.

"It's just trying to lift people's spirits, and often I'd get a response from an employee about how much it meant to them," he said.

Soon after, he decided to see if he could spread that feeling to people beyond the walls of the hospital.

"One day we realized we had a permanent billboard here on the bypass, and we have about 25,000 cars that pass by our facility every day, and we thought this might be an opportunity to change the communication in our community," said Gerard.

There are two different banners with powerful quotes on them. The quotes change every month and offer some food for thought to anyone who passes.

"A way to uplift maybe one or two people who drive by, and see it if it makes a difference to them," he said.

Gerard hopes that a ripple effect will be felt throughout the community.

"It's how can we be a better community partner? How can we make a difference? And if one person sees a quote and says that made their day, then that's what it's all about," Gerard told LEX 18.

If you need a little extra motivation but cannot drive out past the banners, check out Baptist Health Richmond's Facebook page here.