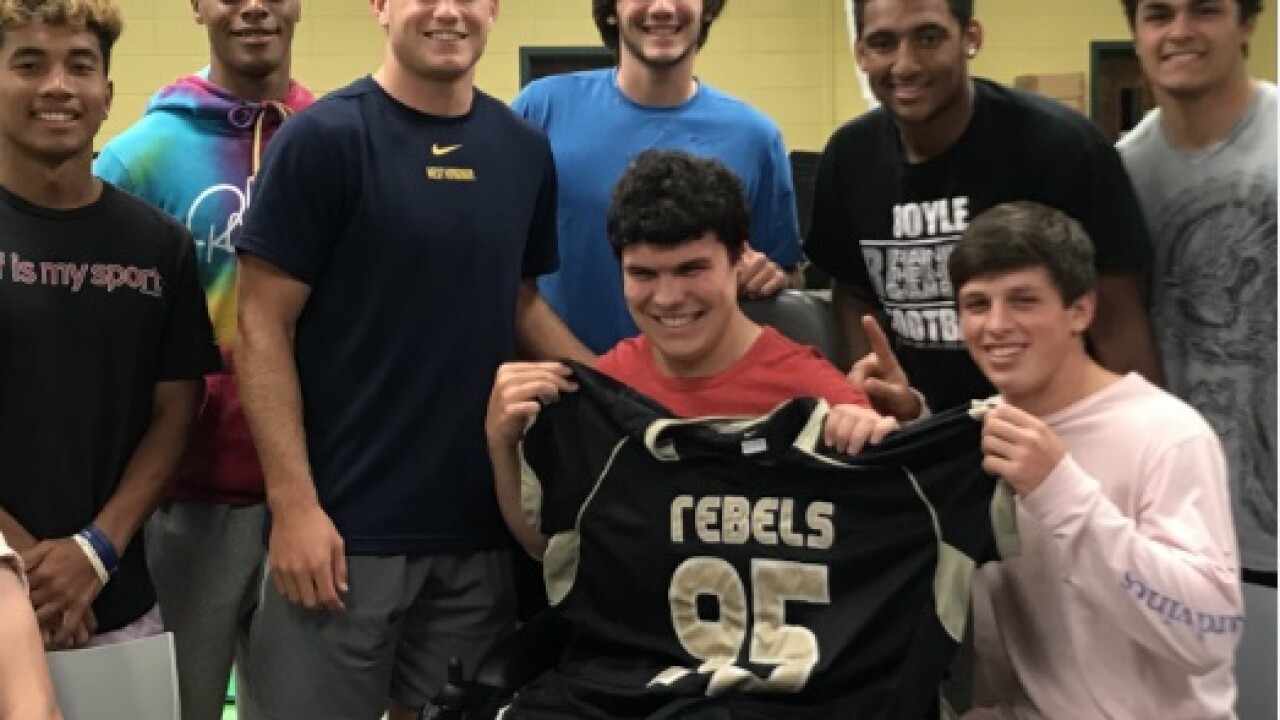 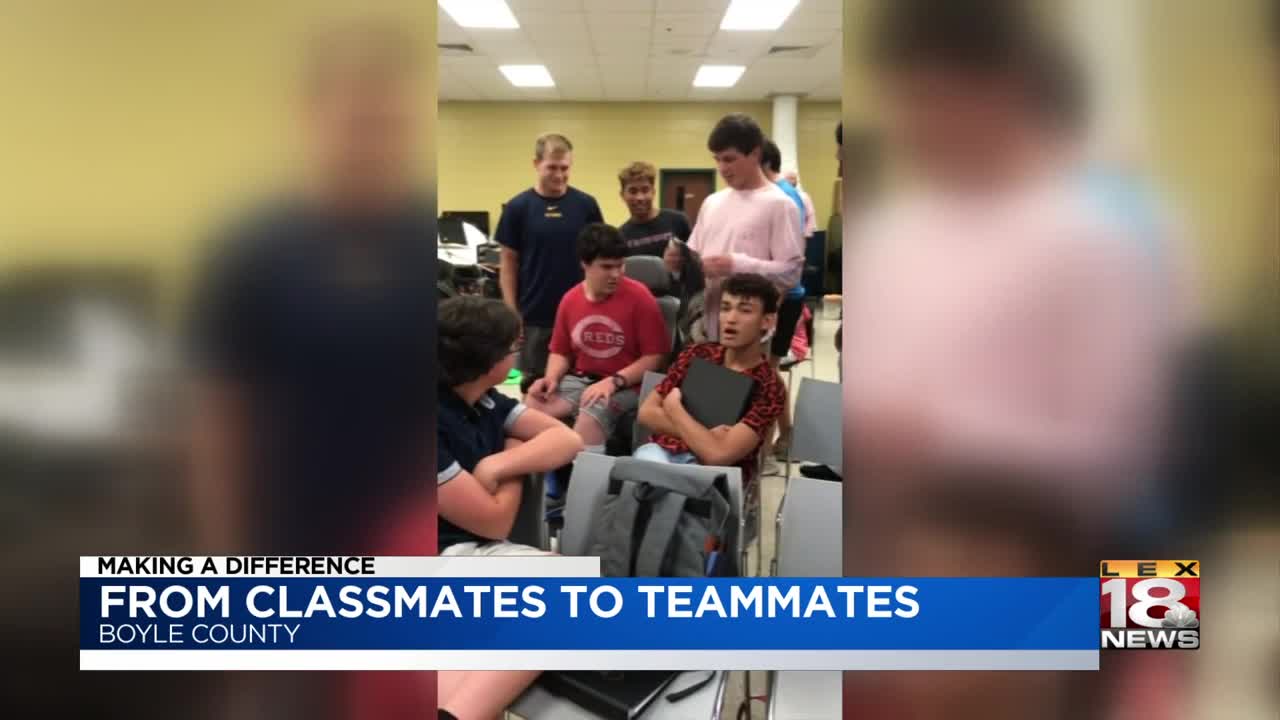 Myles Bell was born with Cerebral Palsy and he is very popular at Boyle County High School. Principal Mark Wade said that Bell is quite the character.

Bell has grown up with most of the seniors on the team, like Hayden Bottoms, who says he has known Bell since Kindergarten.

Bottoms and his teammates decided to repay their biggest fan with a very special surprise. The players gave Bell his own jersey so he can wear it on Fridays with the team, and the moment was caught on camera. In the video, the look on Bell's face says it all, but Bottoms said it was a cool moment for the team too. They know that this season they won't just be playing for another title, but for their friend and honorary teammate who can't play the game himself.

"We're glad that he can wear the jersey on Friday, and he's just as much part of the team as we are," said Bottoms.

The gesture has spread pride throughout the school.

Myles said he'll be cheering on the team all season long, and he hopes to see the Rebels bring home another championship.