Making the turn into May 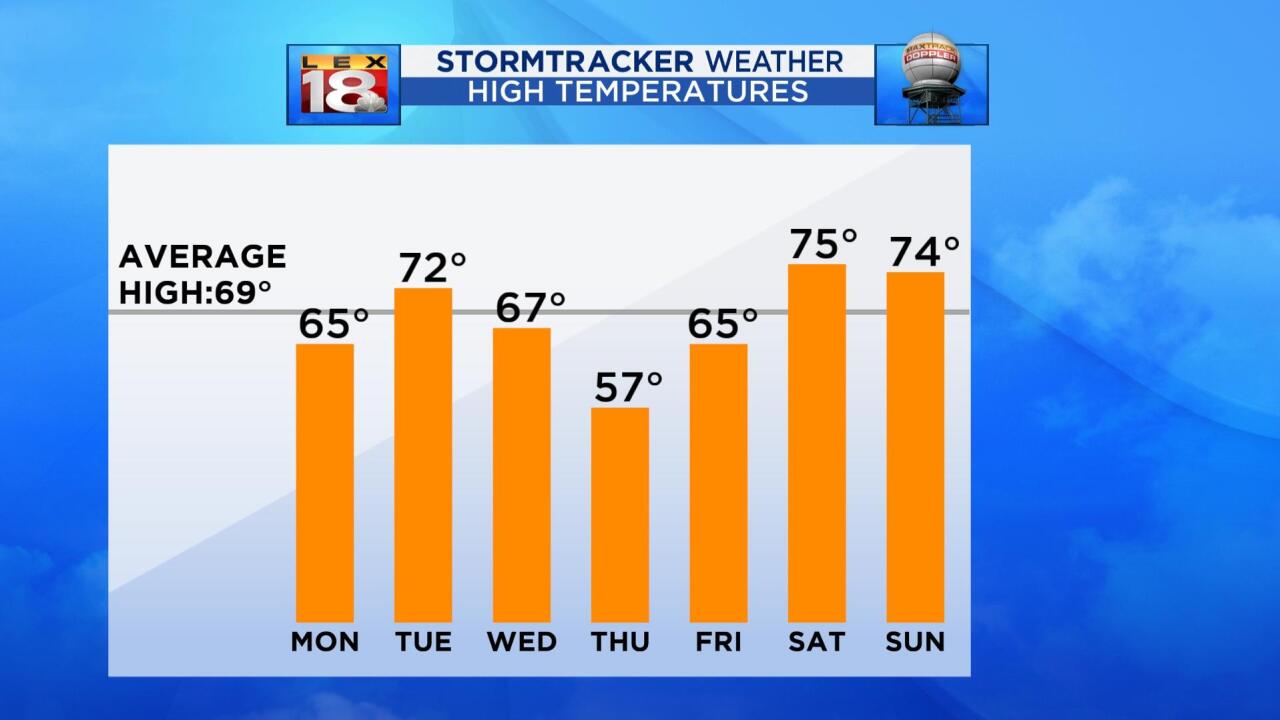 The forecast has been in a bit of a rut over recent weeks. The big picture has featured a persistent trough over the Great Lakes, Ohio Valley, and Northeast. This has kept temperatures cooler than normal with the occasional morning frost or freeze. The pattern has also been rather unsettled with a rain and/or storm maker moving in every couple of days. Meanwhile across the west, there is unseasonable warmth.

Today was a prime example of the sharp contrast across the country. Arizona residents were bracing for temperatures in the triple digits and dealing with the first heat advisories of the season, meanwhile temperatures were stuck in the 40s and lower 50s across the Bluegrass. A ridge is building out west, so not only is it hot but it was also dry. An upper-level low crawled through the Ohio Valley making for a not-so-nice weekend locally.

There are signs of a pattern change as we make the turn into May. Temperatures will gradually moderate this week. The exception will be Wednesday and Thursday as another system brings another round of widespread rain and storms. Above-average warmth will spread eastward late week and next weekend. We are expecting highs to return to the 70s, and stay there, next weekend. It's just a step towards a pattern change. If you're like me, at this point I'll take even just a day or two of warmer temperatures and total sunshine.