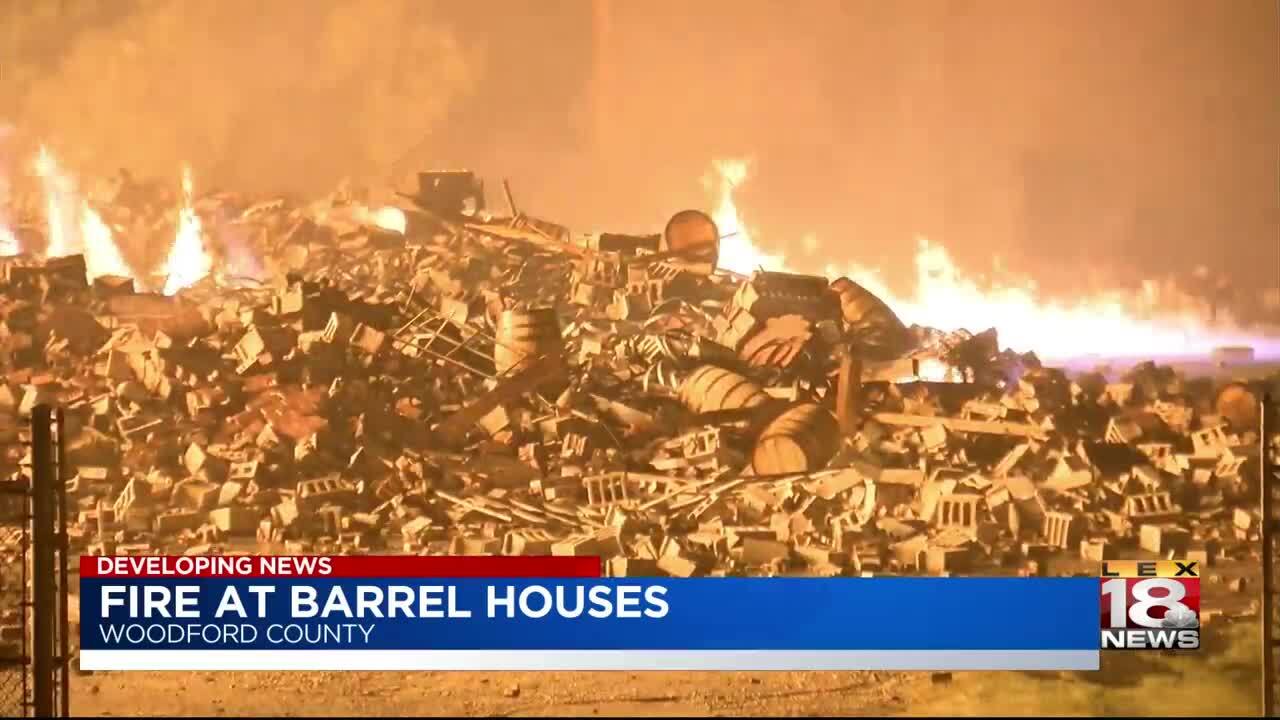 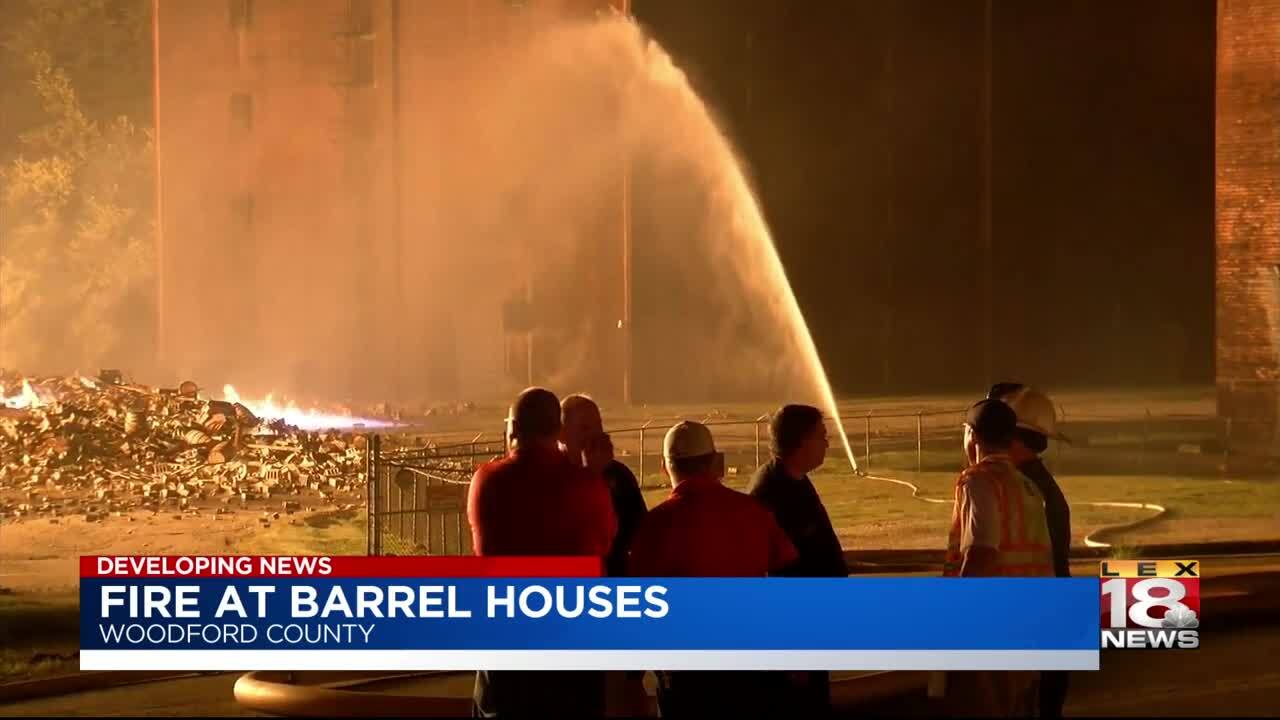 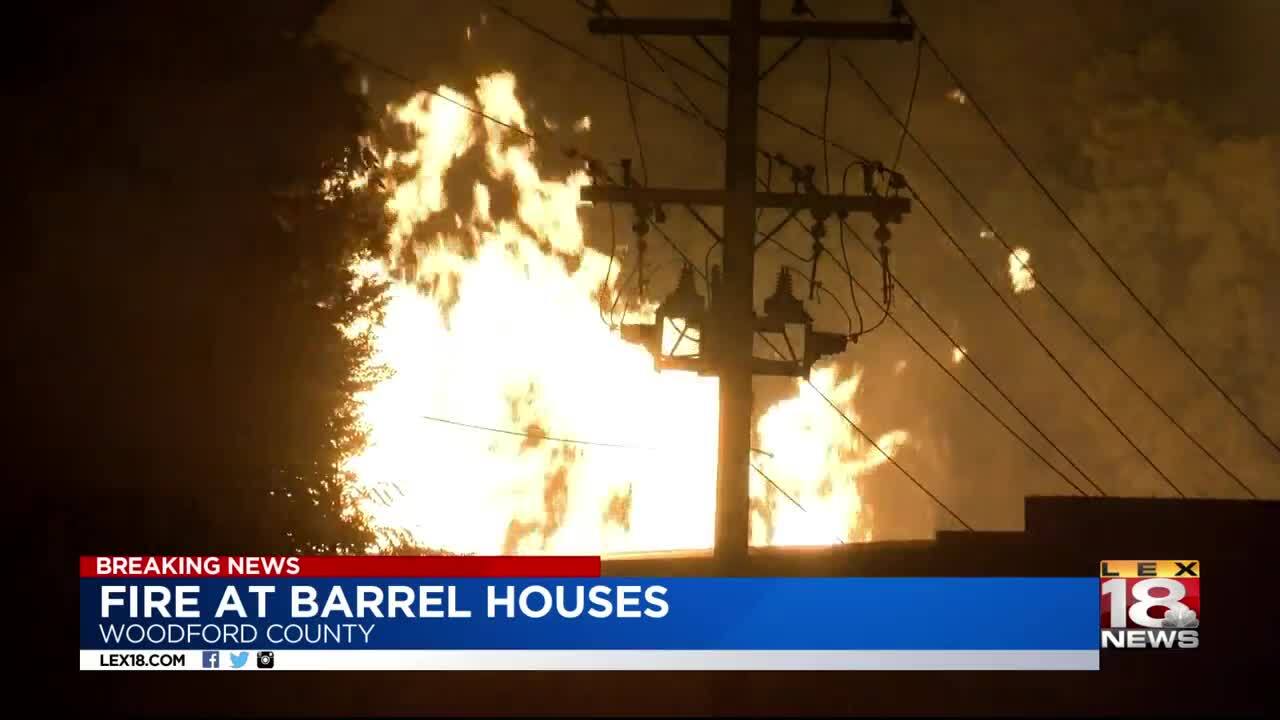 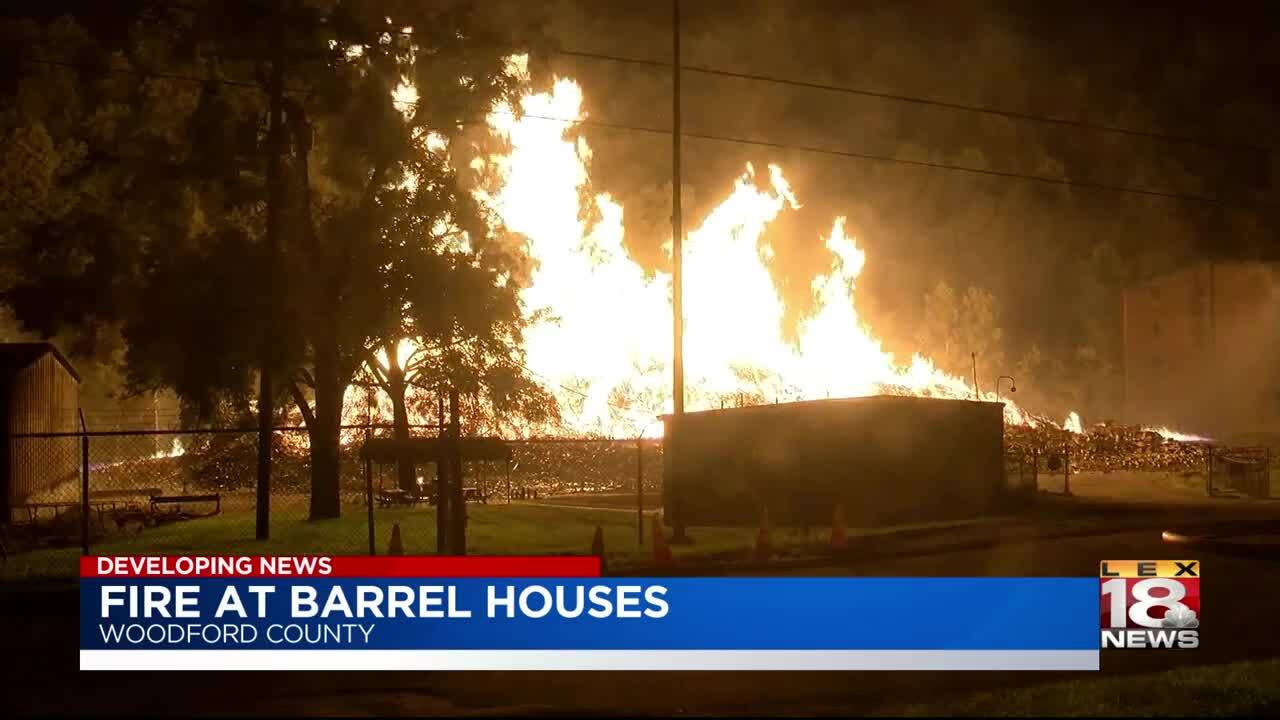 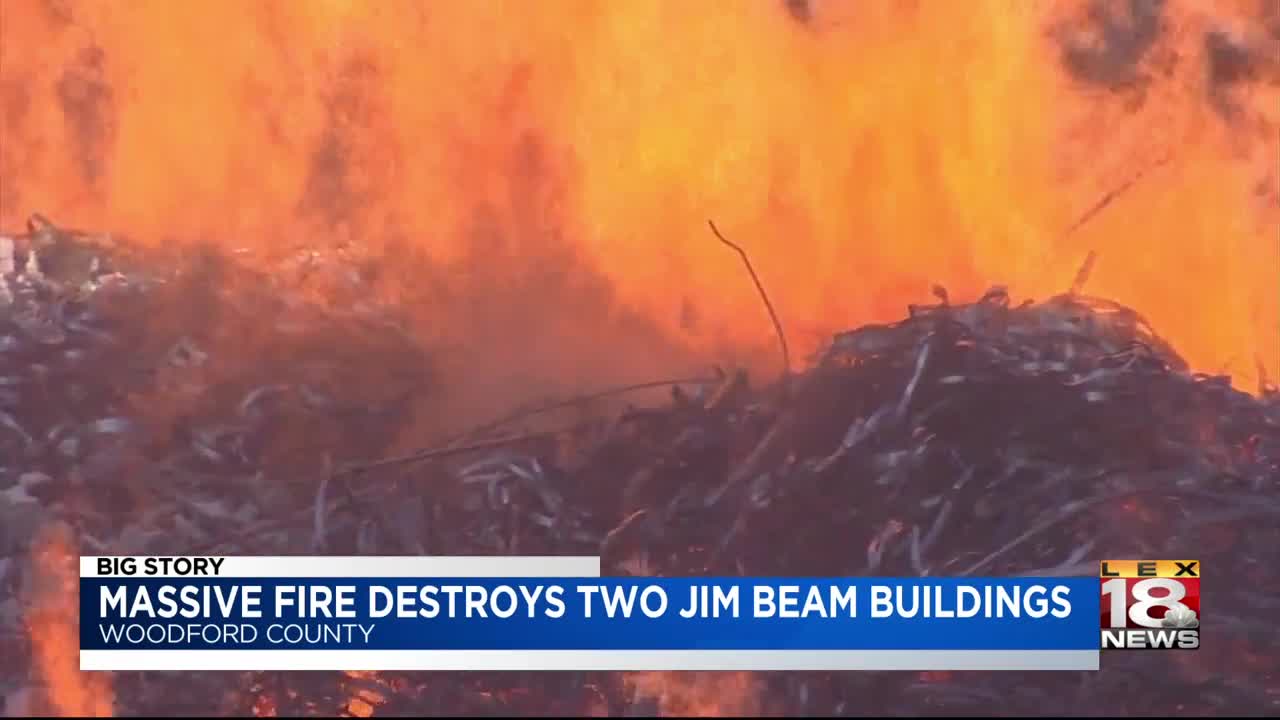 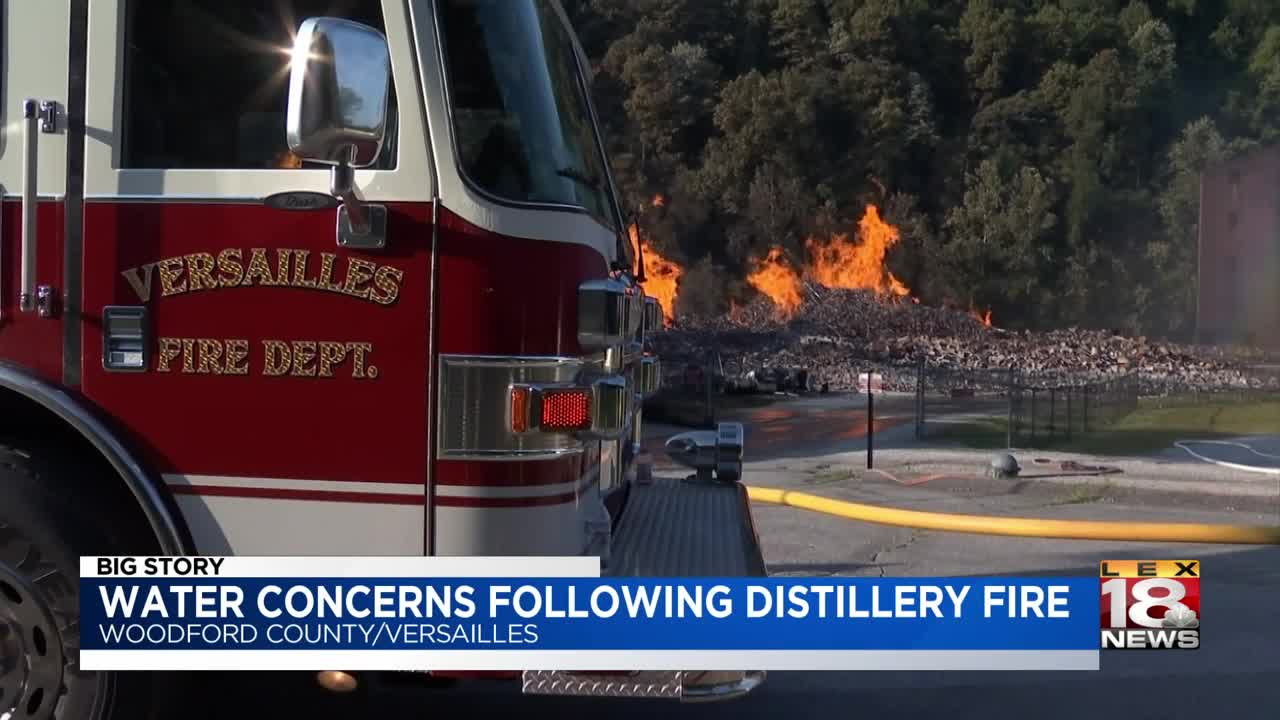 Beam Suntory, which owns the facility, said 45,000 barrels "of relatively young whiskey" was lost in the blaze.

No injuries have been reported in the fire or the response.

"We are thankful that no one was injured in this incident, and we are grateful to the courageous firefighters from multiple jurisdictions who brought the fire under control and prevented it from spreading," the company said in a statement. "Initial reports suggest the fire resulted from a lightning strike, and we will work with local authorities to confirm the cause and to remediate the impacts."

Officials said the call came out about 11:30 p.m. reporting the blaze along McCracken Pike near Versailles.

Authorities said one of the rickhouses, where barrels of bourbon are stored as they age, initially caught fire, eventually spreading to the other nearby structure.

8+ hours later, the fire continues to burn at this Jim Beam property in Woodford County. Emergency Management officials tell me they expect it to last for several more hours. @LEX18News pic.twitter.com/RHqJrQ36xd

Crews at one point had the fire in the first barrel house put out, but it reignited, showing the difficulty of fighting a blaze fueled by both wood and alcohol.

Officials tell LEX 18 that the fire may have been sparked by a lightning strike, but that remains unconfirmed.
The Bluegrass Emergency Response Team and fire crews from Winchester have brought in a foam material to help smother the flames.

Officials with the Red Cross also were on the scene early Wednesday morning.

In addition, a local business called Woodford Feed brought in sand to build embankments around the damaged rickhouses to prevent leakage into nearby creeks.

The Kentucky Energy Cabinet cautioned boaters ahead of the 4th of July holiday and weekend that the fire could affect the Kentucky River.

"Runoff from the bourbon fire will create conditions that include water discoloration, foaming, and an odor. The runoff is anticipated to create low dissolved oxygen levels, which could have a serious impact on the aquatic life in the river, including substantial fish kills," officials said in a statement.

Meanwhile, Beam Suntory officials said the lost whiskey, which it said was "from the Jim Beam mash bill," would not affect the spirit's availability to customers. They blame lightning as the cause of the fire.