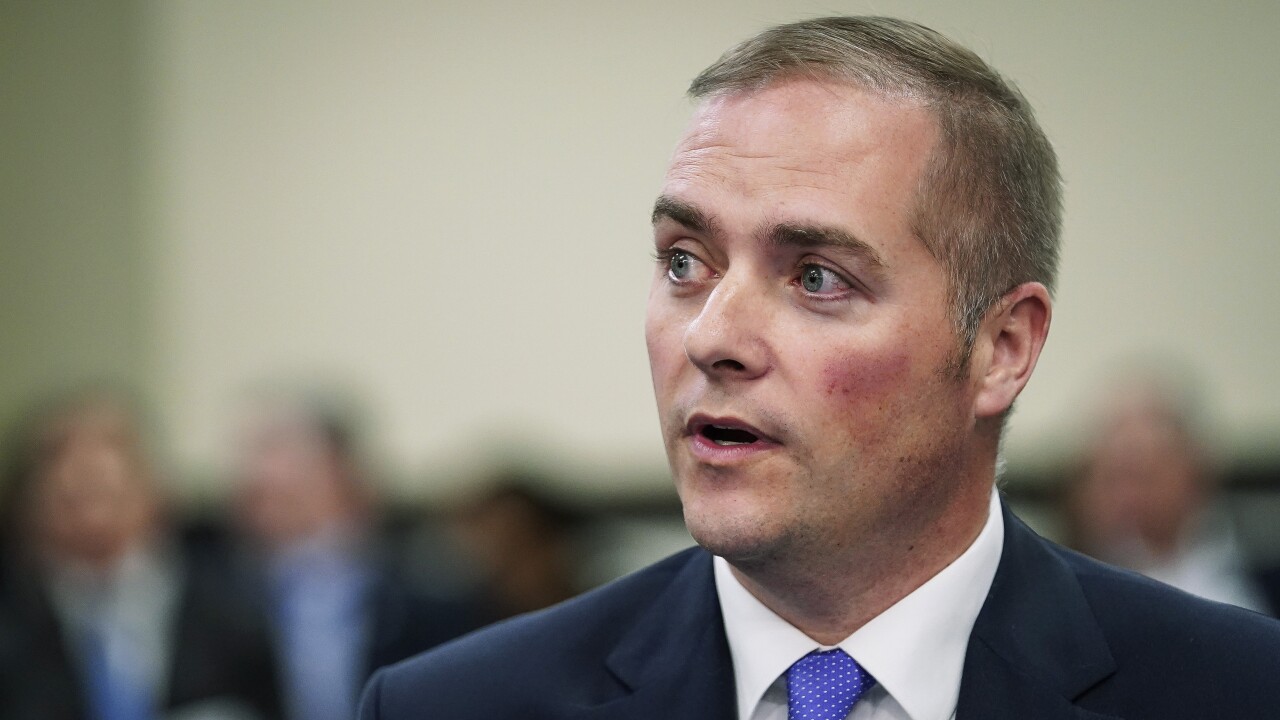 Bryan Woolston/AP
In this Wednesday, Feb. 19, 2020, photo, Kentucky Republican Sen. Whitney Westerfield testifies during a State and Local Government Committee meeting at the Capitol in Frankfort, Ky. The Kentucky Senate has approved a proposal that would add a series of crime victims' rights to the state constitution. The measure is known as Marsy's Law. "None of those rights give the victim any control over the criminal case," said Westerfield, the bill's lead sponsor. (AP Photo/Bryan Woolston)

FRANKFORT, Ky. (AP) — Advocates for adding a series of crime victims' rights to Kentucky's Constitution moved closer to returning the proposal to the statewide ballot when the measure won Senate approval Tuesday.

The measure, known as Marsy's Law, is a reprise of a 2018 constitutional amendment that cleared the legislature and was approved by Kentucky voters. The amendment was voided when the Kentucky Supreme Court ruled that the question posed to voters was too vague.

The new proposal will remedy those concerns, its supporters say.

The measure won Senate passage on a 31-6 vote after a lengthy debate and now goes to the House.

“None of those rights give the victim any control over the criminal case," said Republican Sen. Whitney Westerfield, lead sponsor of the proposed constitutional amendment.

“Prosecutorial and judicial discretion that exists today will exist with Marsy’s Law in effect," he said. “But those victims will have a voice that is protected in our Constitution, and they deserve that.”

Speaking against the bill, Republican Sen. John Schickel said the state already has statutory rights for crime victims but warned that putting them in the Constitution would be a “grave mistake." The proposed additions would put the Constitution “in conflict with itself," he said.

“This bill would impede the ability to find the truth in our court system," he said.

“Victims, in my experience, have the opportunity to be heard," she said. “They meet with prosecutors. They are there at the trial. They’re there at hearings — pre- and post-convictions. They can go to the parole board and have input there.”

“I cannot understand why the rights of our victims don't deserve to be at that same level," Republican Sen. Danny Carroll said.

Westerfield said the existing statutory rights for victims are “pretty puny" and Marsy's Law would provide more a comprehensive set of rights.

One new addition to the measure is a response to a flurry of pardons by the state's previous governor. The new provision seeks to ensure crime victims have the right to be notified and heard when a governor considers granting a pardon or sentence commutation to their assailants.

Former Gov. Matt Bevin, a Republican, issued hundreds of pardons between his electoral defeat in November and his final day in office on Dec. 9. Several stirred outrage from victims or their families, prosecutors and lawmakers, and Kentucky Attorney General Daniel Cameron asked the FBI to investigate.

In response to those pardons, lawmakers are considering a separate proposal that would amend the state’s Constitution to strip a governor of pardon powers for the month leading up to a gubernatorial election and for the time between the election and inauguration.