Hundreds of anti-coal protesters break into German mine

Environmentalists object the German government’s decision to allow the mining and burning of coal in the country until 2038. 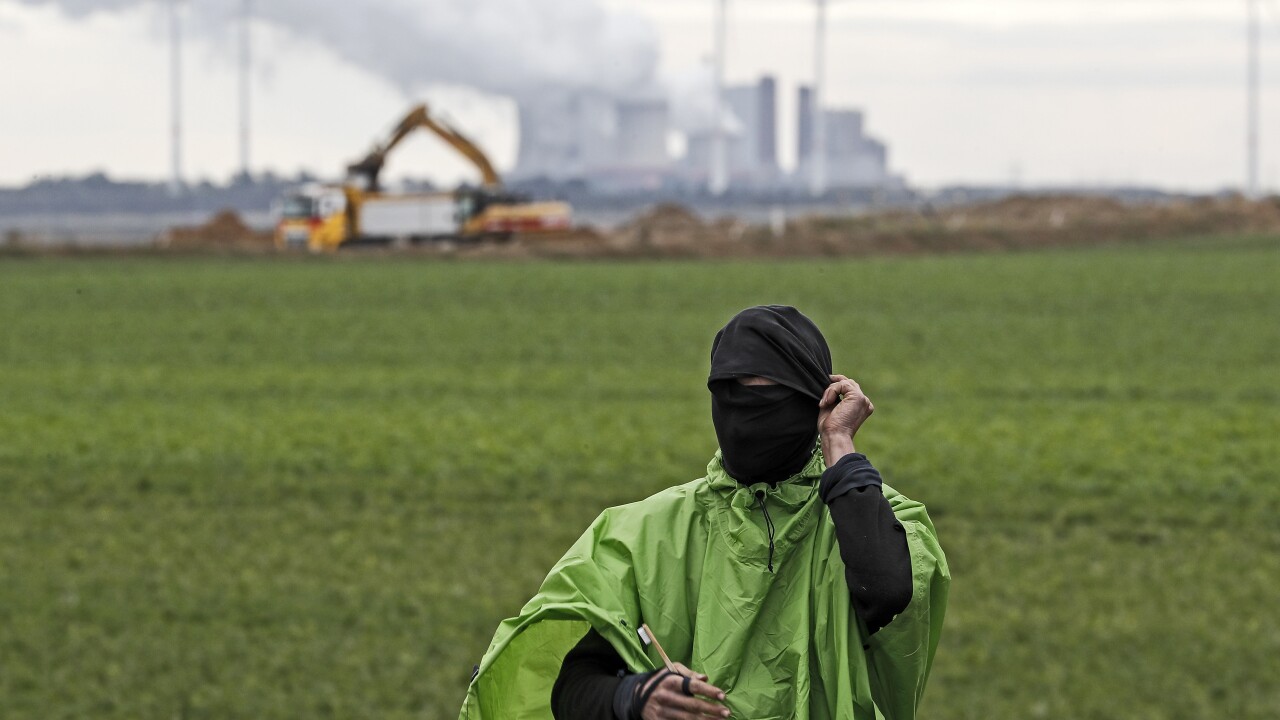 Martin Meissner/AP
A climate activists holds a vigil at the Garzweiler surface coal mine near Keyenberg, Germany, Friday, Sept. 25, 2020. Several groups like 'Friday for Future' or 'Ende Gelaende' started actions for climate justice in the coming days throughout Germany. The movement demands that the German government phase out coal by 2030 and make Germany carbon neutral by 2035. (AP Photo/Martin Meissner)

LUETZERATH, Germany (AP) — Hundreds of anti-coal protesters have entered a mine in western Germany to protest the continued extraction and use of fossil fuels.

Environmentalists object to the German government’s decision to allow the mining and burning of coal in the country until 2038, a deadline the activists say is too late to effectively tackle climate change.

Activists are also protesting the planned destruction of several villages to make way for the expansion of the Garzweiler strip mine, west of Cologne.

Police and utility company RWE said some protesters broke into the mine and a coal storage facility at a nearby power plant early Saturday.