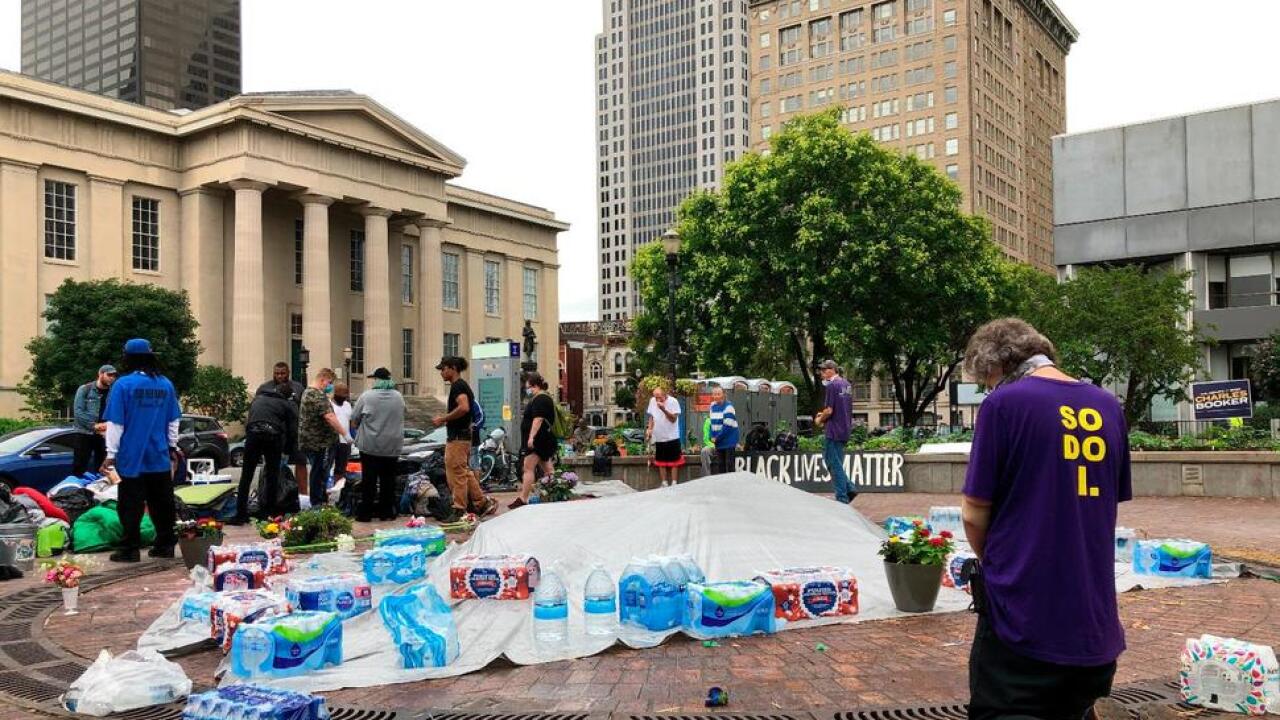 John Kriner, of Jeffersonville, Ind., prays at Jefferson Square Park on Sunday, June 28, 2020, in Louisville, Ky., which has been the site of weeks of protests. Authorities were investigating a fatal shooting Saturday night at the park in downtown Louisville where demonstrators had gathered to protest the death of Breonna Taylor. (AP Photo/Dylan Lovan)

LOUISVILLE, Ky. (AP) — A man gunned down during a Louisville protest over the police killing of Breonna Taylor was remembered at a vigil for amplifying calls for peace and helping victims of racial injustice.

Flowers and candles lined a makeshift memorial for 27-year-old Tyler Gerth, who was fatally shot Saturday. A suspect was charged with murder and wanton endangerment.

For nearly a month, protesters have been calling for the officers involved in Breonna Taylor’s death to be charged. Taylor, a 26-year-old Black woman, was killed by police in her Louisville home in March.