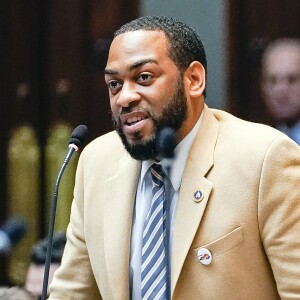 LOUISVILLE, Ky. (AP) — For months, Charles Booker languished in the shadows talking about racial and economic justice in a long-shot bid for the chance to take on Republican powerhouse Mitch McConnell in the fall.

Now, Booker’s campaign for the Democratic U.S. Senate nomination from the left wing of Kentucky politics has won mainstream support in what’s become a serious bid for the nomination in Tuesday’s primary.

His efforts to bridge gaps between white and Black Kentuckians have drawn in new supporters and left longtime Kentucky political observers wondering if he might be the right man for the moment.