It is defending a deal it did with the Chinese government in 2018. 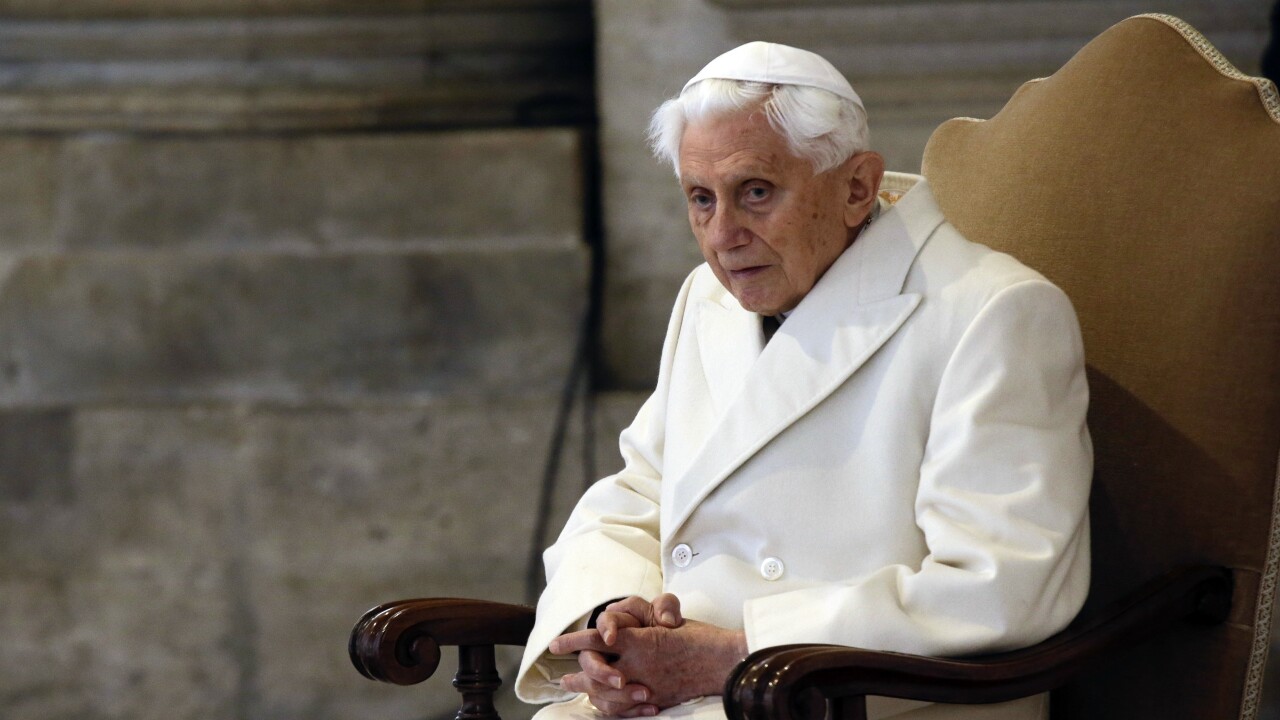 Gregorio Borgia/AP
FILE - In this Tuesday, Dec. 8, 2015. filer, Pope Emeritus Benedict XVI attends a Mass prior to the opening of the Holy Door of St. Peter's Basilica, formally starting the Jubilee of Mercy, at the Vatican. Emeritus Pope Benedict XVI has fallen ill after his return from a trip to his native Bavaria to visit his brother, who died a month ago, a German newspaper reported Monday. (AP Photo/Gregorio Borgia, File)

ROME (AP) — The Vatican is doubling down on its intent to pursue continued dialogue with China over bishop nominations.

It is defending a deal it did with the Chinese government in 2018 as necessary to the life of the Catholic Church there, over strong U.S. objections.

The Vatican secretary of state gave the Holy See’s most authoritative and comprehensive response to critics of the accord during a speech Saturday. He insisted that popes as far back as Pius XII had tried to reopen a path of dialogue with Beijing after the communists came to power and expelled foreign missionaries.