They cite a host of reasons, including a likely increase in turnout in November. 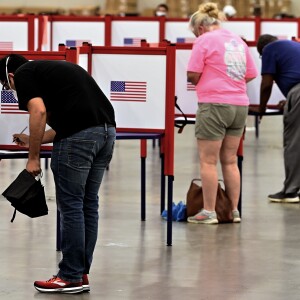 LOUISVILLE, Kentucky (AP) — Louisville, Kentucky, had only one polling place open on election day this week and voting went relatively smoothly compared with other recent primaries held amid the global pandemic.

Does that mean other cities should consider the same in November? Voting rights groups say no.

They caution that just because Kentucky's largest city did not have excessively long line for the primary doesn’t mean other cities should scale back polling locations -- even if they are expanding access to absentee ballots.

They cite a host of reasons, including a likely increase in turnout in November,  why more polling places are needed, not less, for the general election.