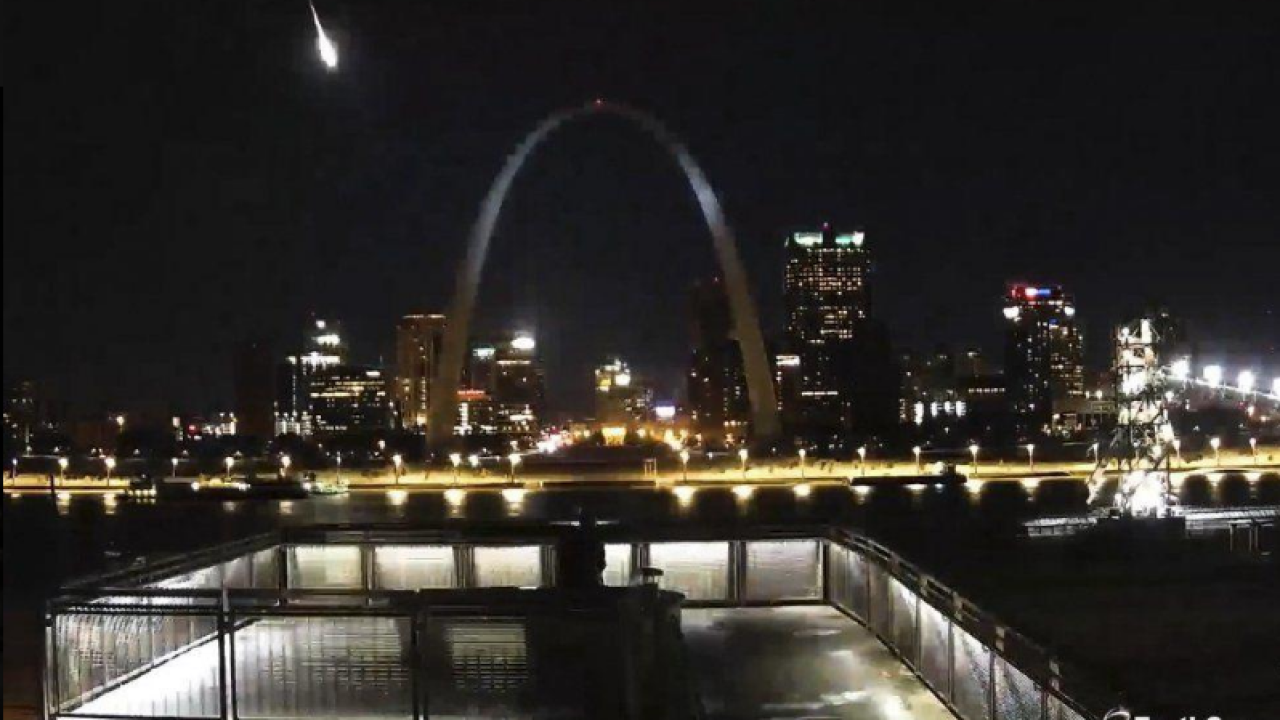 A meteor lit up the sky over St. Louis Monday night. It was even captured on video streaking behind the Gateway Arch. The streak of light could be seen as far away as Minnesota and South Dakota.

NASA confirmed that a meteor the size of a basketball was observed Monday night. Bill Cooke from the NASA Meteoroid Environments Office in Huntsville, AL stated that the meteor likely broke into pieces 12 miles above the ground. St. Louisans only saw a small piece of the much larger fireball. Other pieces of the meteor may have fallen to the ground, making them meteorites. It is believed that the larger meteor broke off of an asteroid belt between Mars and Jupiter. The 220 lb. meteor was traveling at an estimated 33,500 mph, which is faster than the speed of sound. The high rate of speed caused a sonic boom. NASA also confirmed that this meteor was brighter than Venus, making it a fireball. A fireball is just another name for a very bright meteor, so bright that it is about the same magnitude as Venus in the morning or night sky. Vivid colors are often reported because the brightness is great enough to fall within the range of human color vision.

The NASA weather satellite plus two videos, one from the Arch and the other from the Missouri Skies Observatory in northwestern Missouri, helped the NASA team determine the trajectory of the meteor. The meteor first appeared roughly 40 miles southwest of St. Louis at an altitude of 59 miles. It continues for approximately 70 miles before breaking into pieces.