Records will fall right and left. 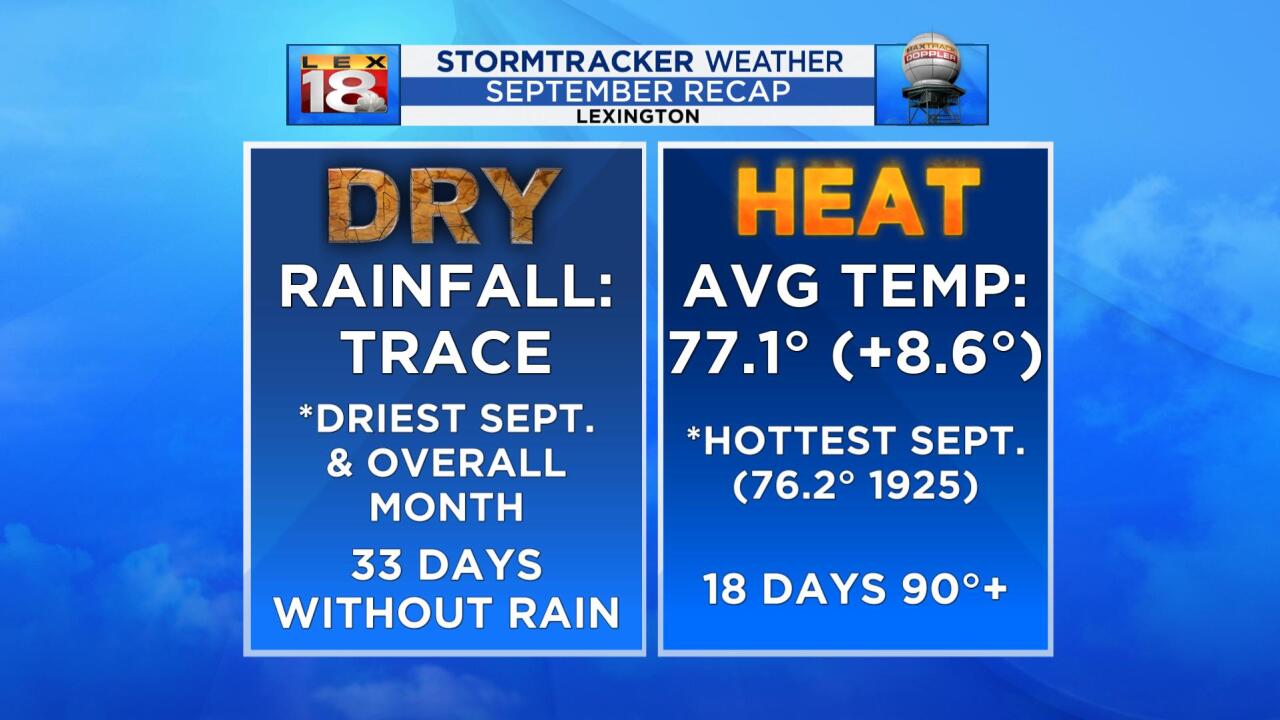 September 2019 was one for the record books in Lexington! New records were set for precipitation, or lack there of, and average temperature.

All of the heat over the last four weeks very easily pushed this month to the top of the list for the warmest Septembers. We will end more than EIGHT degrees above-normal! Previously the warmest September was back in 1925 with an average temperature of 76.2°. There will also be a new record for the most 90°+ September days. The old record was 18 from 1941 and 1939.

It has now been over 30 days since the last measurable rainfall. Lexington's longest dry spell is 37 days in row. This record could be tie or in jeopardy depending on if Thursday's cold front produces any rain.

Five record highs were tied or broken in September 2019. There is one more opportunity on Monday, and the record books will remain open during the area days of October. Daily record highs are within striking distance through Thursday. The month will beginning with a high in the mid/upper 90s, which will easily blow past the all-time warmest October temperature of 93°.

90-degree days in October are quiet rare. A high of 90° of hotter has only been achieved NINE times in Lexington since 1887. The most 90°+ days was three in October 1939. That record could be challenged this week as well.