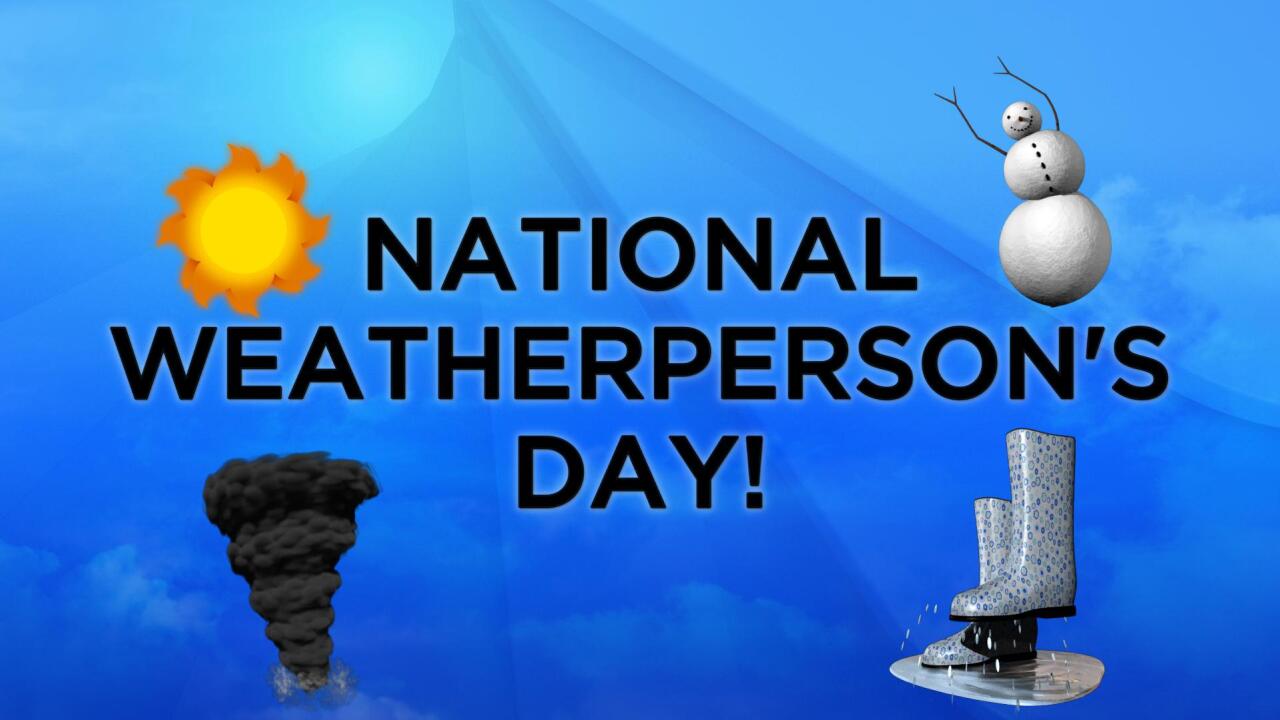 Today is a day to recognize all who provide weather, water, and climate forecasts and warning services. Meteorologists work in the broadcast industry, in the private sector, for the National Weather Service and other government agencies, or in academia.

National Weatherperson's Day is celebrated each year on February 5th. It commemorates the birth of John Jeffries, who is considered America's first weather observer. Jeffries made a name for himself as a military doctor during the Revolutionary War. In 1774, he began taking daily weather observations in Boston. He was the first person to launch a weather balloon. A thermometer, barometer, and hygrometer were carried 9,000 feet over London in 1784.

The practice of meteorology have come a long way since John Jeffries' time. During the late 1800s daily weather observations make practice across the nation. There were advancements in weather instruments. The U.S. Weather Bureau (the forefather of the National Weather Service) was founded in 1870.

During the 20th century, weather radars and satellites were developed. Radar were first used during World War II for military purposes. The radar system (Doppler radar) that we know today was implemented in the late 1980s. TIROS-1 was the US's first successful satellite; it was launched on April 1, 1960. The first successful numerical weather prediction was completed in 1950. Forecast models have become more sophisticated and accurate through the years. Meteorological research in the 20th century lead to the development of the Saffir-Simpson scale and the Fujita scale to rate hurricanes and tornadoes, respectively.

Weather technology continues to move forward here in the new millennium. Dual-pol radars are begin installed across the country. NOAA and NASA have collaborated to launch the next generation of GOES satellites.

The entire StormTracker Weather team would like to thank you for counting on us for your weather coverage. We are all weather geeks down to the core. I think I can speak for the guys that we are so lucky to do what we love everyday.