Jeeps Crash On Lexington’s North Side 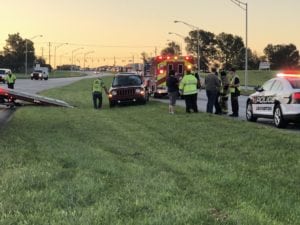 Authorities said the crash occurred around 7:15 a.m. near Citation Boulevard and Newtown Pike.

Police said a woman driving a black Jeep pulled onto Citation from Bull Lea Road and into the path of a red Jeep.

The black Jeep clipped the red one, which then flipped onto its side.

Police said both cars had a single driver and that neither was injured.

Traffic near the area was slowed for a time as crews worked the scene.