LEXINGTON, Ky. (LEX 18)– A Lexington man is in jail after police say he nearly ran over several officers. 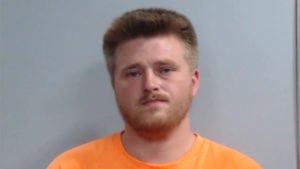 Police say Hubbard was speeding down the road when he swerved his vehicle from the middle of the road toward a direction where officers were standing.

They say he failed to hit the brakes and nearly hit an officer and a another between his vehicle and a parked vehicle.