NELSON COUNTY, Ky. (The Kentucky Standard)– There’s been a settlement in the lawsuit against a truck driver 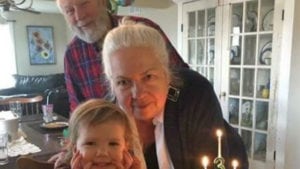 and his employer in connection with a deadly 2017 crash.

The crash happened back in May 2017 on the Bluegrass Parkway near Bardstown.

According to the agreement, Warren and his employer will have to pay $1.3 million to the victims.