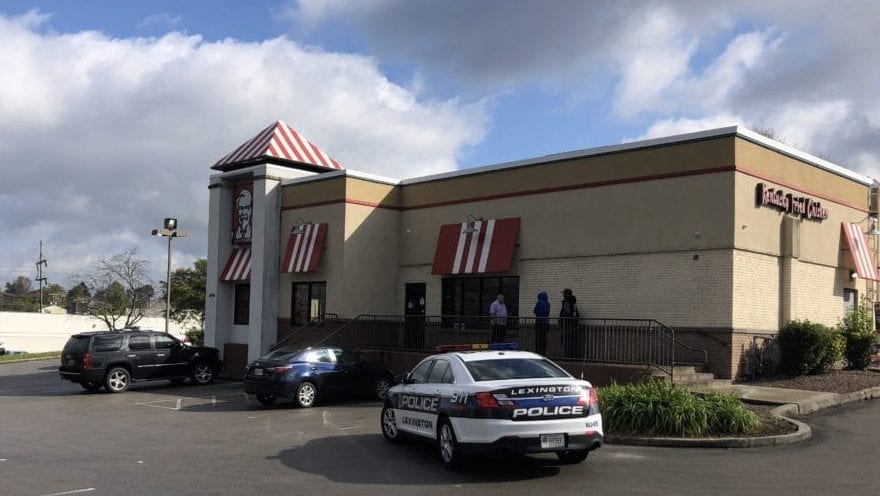 LEXINGTON, Ky. (LEX 18) — Lexington police were looking for a suspect after an apparent shooting inside a restaurant on the city’s north side.

Police said they are looking for 18-year-old Lawrence Westbrook, who they described as black and wearing a black “bubble” coat, black shorts with white stripes and black shoes.

Police say Westbrook entered the Kentucky Fried Chicken at 1494 Boardwalk and tried to talk with a female employee there with whom he apparently had a relationship.

Police said the man pulled out a handgun and fired eight shots toward the back of the restaurant.

Authorities said an employee was struck in the ankle and was taken to an area hospital with non-life-threatening injuries.

Police were on the scene, but Westbrook had fled the scene.

Witness at the KFC on Boardwalk in Lexington told us someone fired a gunshot inside the restaurant this morning. She said an employee was hit. Don’t know extent the injury. Detectives and officers are still on the scene @LEX18News pic.twitter.com/FdifuJAxWd