ADAIR COUNTY, Ky. (LEX 18) – Two students in Adair County are in hot water tonight for their taste in Halloween costumes.

The high school has suspended the teenage girls for three days after they came to school yesterday portraying the Columbine school shooters.

The photos shared on Instagram made the rounds on social media, sparking outrage and leaving people to wonder what would compel two teenagers to dress up as school shooters for Halloween.

If the students were trying to be discreet, it didn’t work. One picture posted to Instagram depicts the girls on the floor of the school’s library, mimicking the eerie photo of Dylan Kleibold and Eric Harris after they killed themselves in the Columbine library. Another photo was accompanied by the caption “Dylan and Eric 2018.”

Emotions ran the gamut, but most residents in Adair Couty agree it was poor taste.

“Even though it’s fake…it’s something that could happen…and it’s very real,” Erin Pineur told LEX 18.

A father of one of the girls told LEX 18 that the girls acknowledge they made a mistake but says the school blew the whole situation out of proportion.

He also told LEX 18 that the girls have received death threats. A call to the superintendent’s office has not been returned. 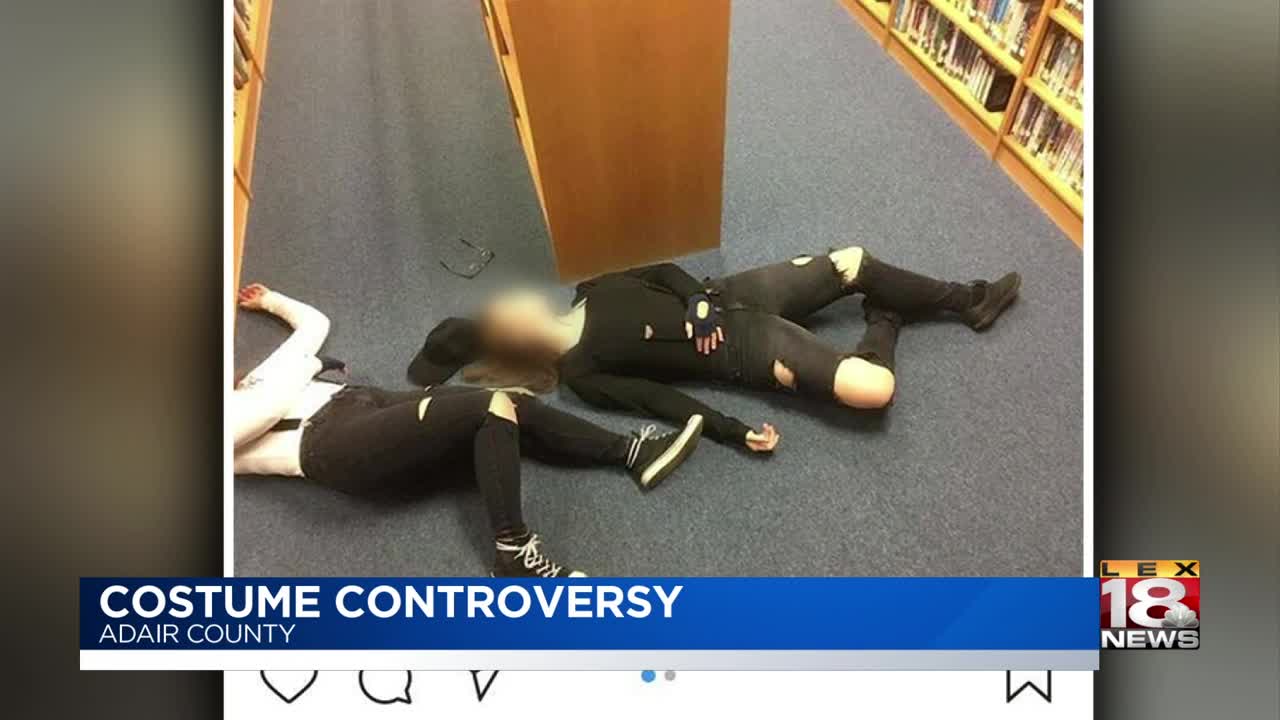