Couple, Homeless Man Accused Of Setting Up GoFundMe Campaign ‘Predicated On A Lie’

BURLINGTON COUNTY, NEW JERSEY (CNN) – A New Jersey couple and a homeless man have been accused of making up a feel-good story that raised more than $400,000 through GoFundMe.

The couple had said they met Bobbitt when he gave his last $20 to McClure, who was stranded on Interstate 95 in Philadelphia, so she could put gas in her car, then started the GoFundMe campaign as a way to thank him.

“The paying-it-forward story that drove this fundraiser might seem too good to be true,” Coffina said at a press conference.

“Unfortunately, it was. The entire campaign was predicated on a lie.”

After fees, the proceeds of the campaign netted about $367,000, all deposited into McClure’s accounts, Coffina said. Bobbitt received $75,000, and within months McClure and D’Amico had “squandered” their share to buy a car, high-end handbags and trips, Coffina said. They also used it at casinos, he said.

Coffina stressed that while Bobbitt, a veteran, deserves thanks for his service to the country and sympathy for his situation, he was fully complicit in the crime, making media appearances to help “promote the fraudulent campaign.”

According to Coffina, McClure and D’Amico first met Bobbitt at an off-ramp near a casino they frequented, at least a month before the GoFundMe campaign went live. 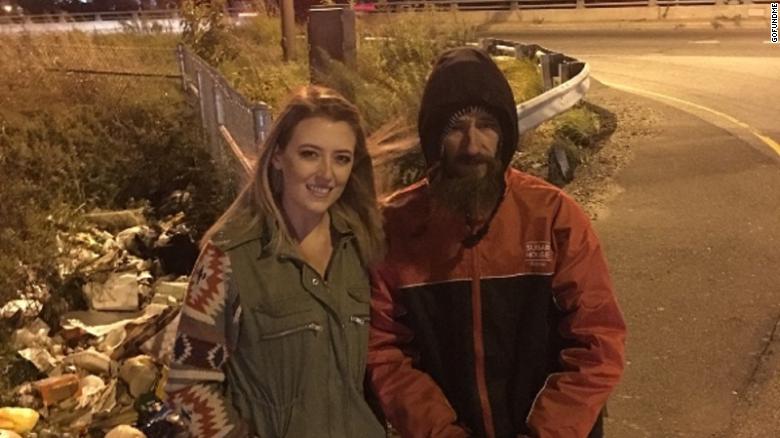 Kate McClure said she helped raise thousands of dollars for Johnny Bobbitt Jr., a homeless man, to repay him for helping her.

Investigators reviewed more than 67,000 text messages in the case, including one McClure sent to a friend that read, “Okay so wait the gas part is completely made up, but the guy isn’t. I had to make something up to make people feel bad.”

In other texts, the couple discussed their inability to pay bills and their mounting debts.

Coffina also pointed out that Bobbitt posted a “remarkably similar” story on his Facebook page in 2012.

At the time, he wrote that he had come across a woman who had run out of gas and had a flat tire at a Walmart in North Carolina. He said he had given her the last of his money.

GoFundMe has committed to providing a full refund to the campaign’s 14,000 donors, Coffina said.

D’Amico and McClure surrendered Wednesday night and were released pending a court date, Coffina said. Bobbitt was also taken into custody in Philadelphia and is awaiting extradition.

Second-degree crimes in New Jersey carry the potential of five to 10 years in jail, Coffina said.

Ernest Badway, an attorney for D’Amico and McClure, declined to comment.

The charges come months after Bobbitt sued McClure and D’Amico, accusing them of withholding the money raised on his behalf.

Asked by a reporter if the trio would have gotten away with the deception had they not begun to fight over the money, Coffina replied, “There’s a good chance they might have.” 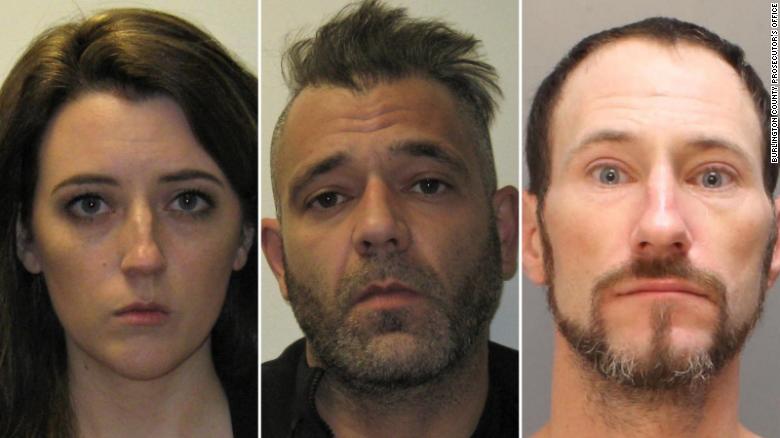 In a statement, a spokesman for the crowdfunding site confirmed donors will receive a refund. GoFundMe is “fully cooperating” with law enforcement officials in the investigation.

“While this type of behavior by an individual is extremely rare, it’s unacceptable and clearly it has consequences,” said Bobby Whithorne, adding that misuse is rare on GoFundMe.

“Campaigns with misuse make up less than one-tenth of 1% of all campaigns,” he said. “We have a zero tolerance policy for fraudulent behavior.”

According to its website, the company has a Trust and Safety team that reviews GoFundMe campaigns around the clock and works to prevent fraud. It also guarantees a refund for donors in case “something isn’t right” with a campaign, the site says.

Last fall, social media was abuzz with the story of McClure and D’Amico’s seeming act of kindness.

McClure and D’Amico began a GoFundMe campaign so they could “do something special” for Bobbitt, they said. The campaign quickly raised a total of $402,706.

Video showed the couple revealing the sum to an overjoyed Bobbitt, promising him they would get him settled in a new home. The money, Bobbitt said, would change his life.

But questions about the money soon followed.

In August, Bobbitt’s lawyers sued the couple for fraud, claiming that the funds McClure and D’Amico raised were never used as promised.

Instead of giving Bobbitt money for a house, the couple bought him a camper without his consent and kept him in it on their property with “no access to money or food,” his lawyers alleged. They said Bobbitt only saw $75,000 of the nearly $400,000 he was owed.

The money was put into the couple’s personal accounts, his lawyers said.

The couple said they were being cautious about giving Bobbitt large sums of money until he had a job and was off drugs.

But with questions looming about how much — if any — of the money was left for Bobbitt, a judge ordered that the couple appear before the court for a deposition.

The next day, Florence Township police in New Jersey executed a search warrant in the couple’s home. Police confirmed the warrant was related to Johnny Bobbitt Jr., but the couple was not charged with anything at the time.

Bobbitt’s lawyers then took the matter to GoFundMe, who agreed to foot the bill and ensure Bobbitt would receive the total he was promised. In September, the company gave Bobbitt $20,000 as part of the guarantee, with the rest of the $400,000 to be handed over pending an investigation.

CNN’s Evan Simko-Bednarski and Olivia Kiely contributed to this report.