The Latest: Protesters March For Man Killed At Alabama Mall

HOOVER, Ala. (AP) – The Latest on the fatal shooting at an Alabama mall (all times local):

About 200 people marched through an Alabama shopping mall to protest the shooting death of a man whom police erroneously believed was the gunman who shot and wounded two people.

The protesters gathered at the spot at the Riverchase Galleria mall in suburban Birmingham where 21-year-old Emantic “EJ” Bradford Jr. was shot and killed by a police officer who was responding to reports of gunfire.

Police initially thought Bradford was responsible for shooting two people at the mall but later retracted that statement. They later said it was unlikely that Bradford had done the shooting.

Police are now searching for a gunman who they believed shot and wounded an 18-year-old male and a 12-year-old bystander.

The protesters held a moment of silence for Bradford at the spot where he was killed. Bradford’s stepmother Cynthia described him as a respectful young man and said he was the son of a Birmingham police officer. 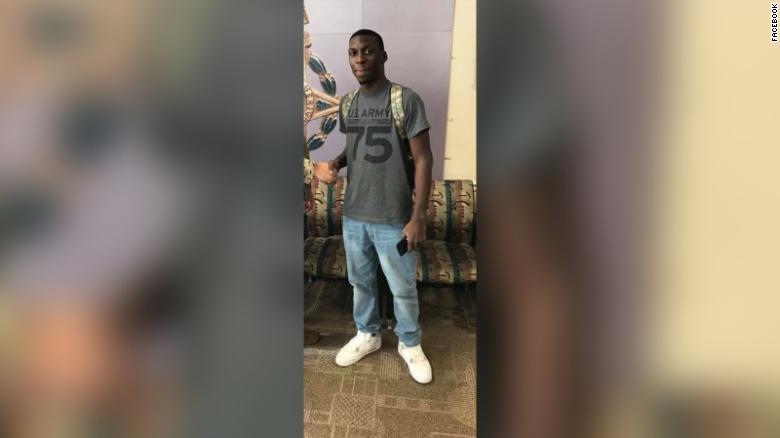 Police say a man shot and killed by a police officer at an Alabama shopping mall was “likely” not the person who shot a teenager that evening.

Twenty-one-year-old Emantic Fitzgerald Bradford was shot and killed by a police officer responding to the Thanksgiving night shooting that wounded an 18-year-old and 12-year-old.

Captain Gregg Rector said in a Friday news release that new evidence suggests that while Bradford “may have been involved in some aspect of the altercation, he likely did not fire the rounds that injured the 18-year-old victim.”

Police said that an officer shot Bradford because he was seen “brandishing a handgun” while fleeing the scene.

Rector said they now believe that more than two individuals were involved in the altercation that started the shooting and a gunman is at large.

A man was shot and killed by a police after a fight at an Alabama mall resulted in gunfire that injured a teen and a 12-year-old girl.

A police statement said the shooting occurred shortly before 10 p.m. Thursday at the Riverchase Galleria in Hoover, outside Birmingham.

The statement said two Hoover officers in the mall confronted a 21-year-old man from Hueytown with a gun and one of the officers shot and killed him. His name has not been released.

An 18-year-old was taken to a Birmingham hospital for treatment of serious injuries.

Capt. Greg Rector said in a news conference a 12-year-old girl struck by gunfire was hospitalized. She was reported in stable condition at Children’s Hospital.